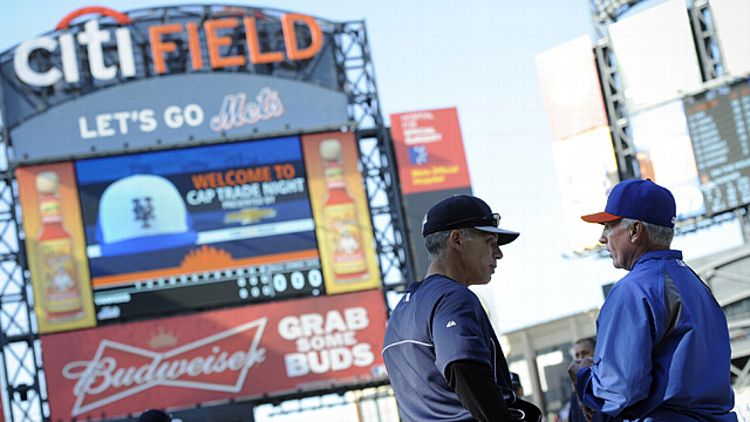 Major League Baseball interleague play turns 17 this year, and like any 17-year-old, things are getting awkward. What was once a sure draw at the box office is now anything but, and prices for rivalry week, which began Monday, are at a four-year low, as measured by listing data tracked across the secondary market. Beyond just the usual bumps of adolescence, though, there are a few external factors affecting the weak box office for this year’s interleague week:

1. Unlike seasons past, 2013 rivalry week does not have any weekend games. Weekend games typically carry a 10 percent premium to weekday games, and in interleague it can be even higher.

2. 2013 rivalry week does not have any games that will be played during summer vacation, when bedtime schedules are more flexible and ballparks fill more easily.

Beyond those reasons, however, the biggest change may be that interleague has become an everyday occurrence. Thanks to the Astros’ move to the American League, and the resulting league imbalance, 1.68 interleague games are played each day of the season. In 2013, interleague has become quotidian, both literally and symbolically. It used to be something that fans and players alike looked forward to, markers on each side of the All-Star Game, along the 162-game marathon. Now it’s just run-of-the-mill, hump-day stuff. Even players are expressing their dissatisfaction. With the 1.68 games a day, Adam Dunn, the White Sox’s one-tool designated hitter, has had to extend his fielding practice — recently a twice-annual ritual — into nearly a weekly activity. Surely other major leaguers share his disaffection with the incessant drumbeat of cross-league play, if not publicly.

Fans, however, have expressed their feelings about interleague 2.0 most clearly. In 2013, three rivalry series have a higher average price than they did four years ago: Giants-A’s, Nationals-Orioles, and Twins-Brewers. While the Freeway and Beltway series both have teams that are 2013 contenders, both the Twins and Brewers sit near last place. The biggest declines belong to Phillies–Red Sox, down 49 percent, and Yankees-Mets, down 41 percent. In that same period, Cubs–White Sox is down 11 percent and Cardinals-Royals is down 5 percent, as is Indians-Reds. With the exception of the Battle of Ohio, all of the series that have dropped in price have one team that is down, and likely out, for the 2013 season.

Fans who did make it to Great American Ball Park over the first two nights got their money’s worth, as both games had the second-cheapest get-in price of rivalry week at $13 (get-in price is the cheapest ticket available). The average get-in price the first two games of the rivalry series leaguewide was $26, and most of the teams were selling tickets until the first pitch. Only one series, at the reduced-capacity O.co Coliseum, was “sold out.” Nationals Park and Miller Park were second closest at 90 percent capacity, while Citi Field was only 76 percent full, and a walk-up could have gotten a ticket directly from the Mets for $40 at first pitch, or $10 above the cheapest price on the secondary market. For the second leg of the Subway Series, which started last night, it’s the Yankees, not the secondary market, that has the cheapest ticket available, at $28.

While Dodger Stadium was 85 percent full for the first two games of its series with the Angels, it drew the most fans, at just more than 95,000. Some of those fans paid as little as $5 to see their team sweep, and light a potential spark to their dreary season. Mets fans also got a glimmer of hope in the first game of the Subway Series, with eighth-inning heroics to beat the Yankees. In the second game of the series, Matt Harvey took the mound in his first start against the Yankees. Amid his season of Strasburgian hype and a perfect 5-0 record, prices were 38 percent above the Mets’ season average, and it cost $48 for a walk-up ticket from the box office. While Harvey did not get the win, fans who braved the 91-minute rain delay saw a pitchers’ duel for the ages and a walk-off win. Even after the win, the Mets remain nine games out of first place, which goes a long way to explaining why it was the lowest-attended Subway Series in history. For the Mets faithful who braved the weather, though, a walk-off win over the hated Yankees surely seemed like a lot more.