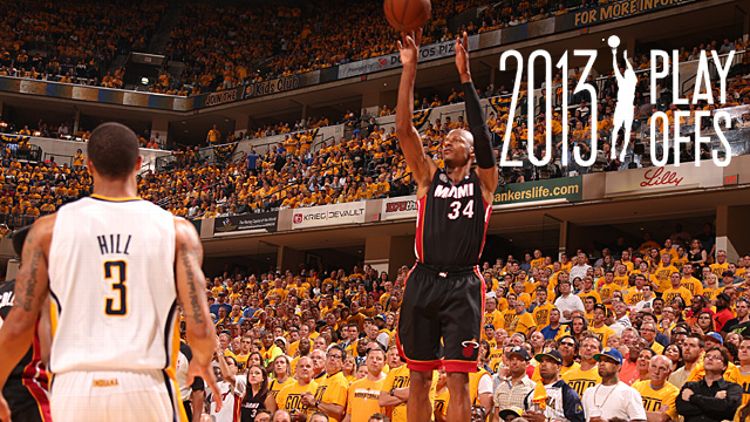 In the predawn of July 7, 2012, a very wealthy cruise-ship magnate got out of his English bed and sent out a tweet.

Micky Arison, the owner of the Miami Heat, had just used Twitter to announce that Ray Allen, the most accomplished 3-point shooter in NBA history, had agreed to take his jumper to South Beach. The defending NBA champion had just landed the most prized free agent on the market. It was equal parts shocking and unfair.

It was still late evening back here in the U.S., and word quickly began to spread. I still remember where I was, riding shotgun in a car on U.S. Route 1, a historic East Coast roadway that stretches all the way from Northern Maine to South Florida, connecting Boston and Miami; I was about 10 miles away from TD Garden, listening to a Red Sox game. Twitter was exploding, but with the Yankees in Fenway, Boston sports radio couldn’t fully unleash its apoplectic hounds until morning.

The Heat had just kidnapped Ubuntu, and became a much better team in the process. It was one thing that Ray took less money to leave; it was another thing altogether that he took this money from the Miami Heat. Bolstered by their new Hall of Famer, Miami’s 3-point shooting quickly went from average to elite. They made 40 percent of their 3s this season, good enough for second best in the NBA.

When you watch the Heat, you notice that Allen and Shane Battier spend a majority of their time outside the 3-point arc. They serve as spatial anchors along the wings and in the corners, forcing opponents to “stay honest” while defending Miami’s terrifying attackers. Because of this floor spacing, a brutal pick-your-poison dilemma awaits every defense that has the displeasure of trying to keep the Heat from scoring. If you collapse on LeBron James or Dwyane Wade in the interior, you’ll leave a great shooter wide open; if you don’t, then you’re likely to fail to defend the interior, leaving James and Wade open to attack the basket.

When they’re playing at their best, James and Wade compromise the shape of an opponents’ defense and, in turn, create open shots for their spot-up shooters outside the arc. During the regular season, the Heat were especially lethal from the corners, where they hit a staggering 43 percent of their shots. 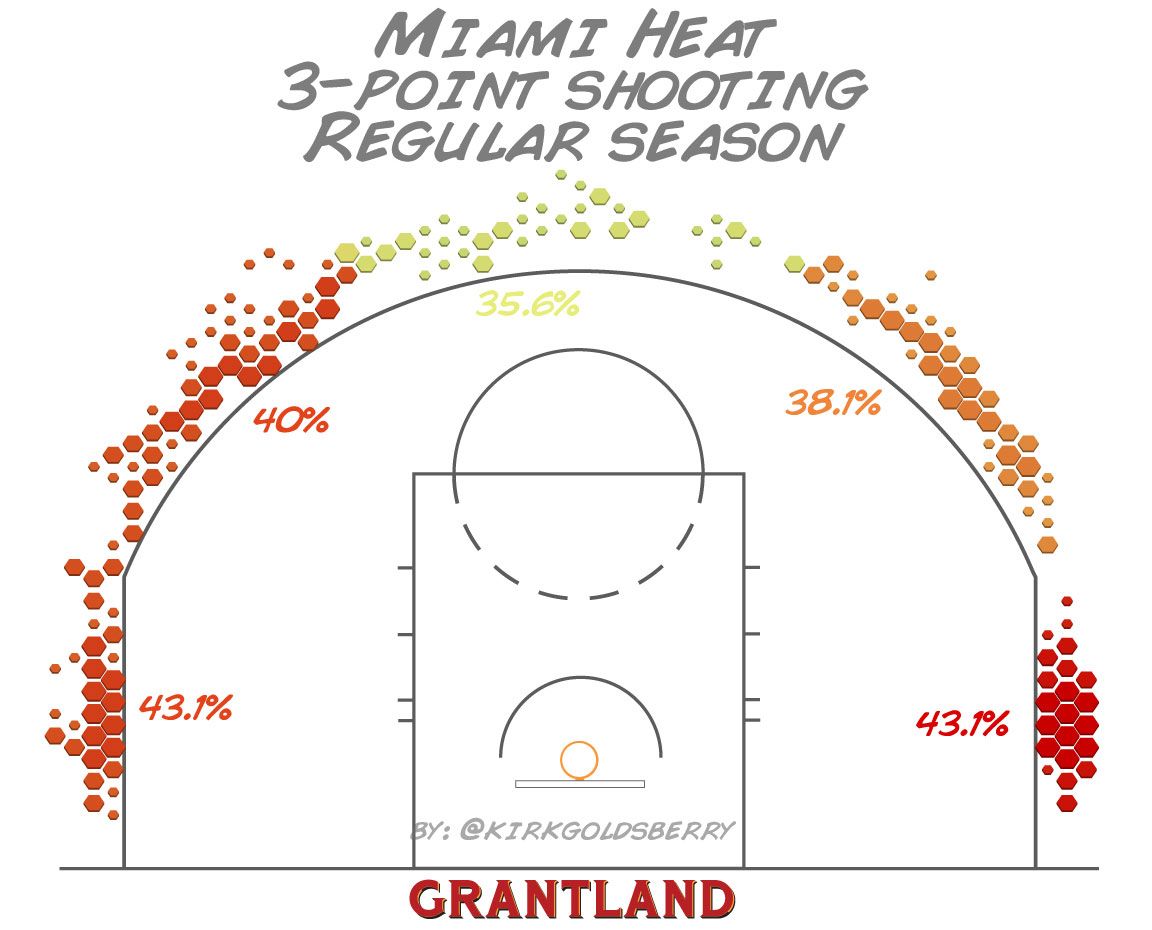 However, in the Eastern Conference finals, against the Pacers, the Heat are only tepid, making 34 percent from beyond the arc, and some of their most reliable sharpshooters are missing the mark. Together, Allen and Battier have combined to make only seven of their 30 3-pointers during the Indiana series.

Battier, who made 43 percent of his 3s during the regular season, has been especially terrible. Miami is getting him shots in the right spots; he’s just not making them. Of Battier’s 13 attempts, eight have come from the corners, where he normally excels. The graphic below shows how Battier gets his chances. More than half of them come from James or Wade, who love finding him open in the corners or along the left wing.

Although he’s not as cold as Battier, Allen is also missing more than usual. He’s 5-for-17 through Game 4, and like Battier, his shots are coming from his favorite spots, but they’re just not falling. During this series, Miami has found Allen open a lot in the left corner and along the right wing. Normally he hits more than 45 percent from these spots, but that’s not happening in these conference finals.

The Heat need Battier and Allen to make more of their shots. So far this series, as 3-point shooters, they’ve been outperformed by James and Chris Bosh, which indicates something is amiss with the entire Miami Heat offensive ecosystem. Bosh is a great midrange shooter, but he rarely shoots 3s. In fact, during the regular season, Bosh averaged only one 3-point attempt per game, but he’s taking three per game so far this series. Sure, he’s making them at a decent clip, but this marked increase in perimeter shooting means he’s not spending as much time in the spots where he spent most of the season: closer to the elbows, and closer to the basket. In this series, Miami is using Bosh a lot at the top of the arc, where he receives passes inside-out from Wade and James once a double-team arrives.

Nobody has shot more 3s this series than LeBron, who is currently 9-for-21, or 43 percent. During the regular season, LeBron averaged three 3-point attempts, per game, but he’s putting up more than five per game during this series. If you’re a Pacers fan, you’re thrilled to see LeBron shooting 3s; he’s at his best when he’s attacking closer to the hoop, drawing fouls, making layups, or kicking it out to an open shooter. When his role is reduced from facilitator to off-the-dribble jump shooter, his team is simply not as good.

Miami’s 3-point shooting serves as a kind of canary in their offensive coalmine. And so far during this series, that canary seems to have black lung. With Battier and Allen struggling to convert, and Bosh and LeBron uncharacteristically active from deep, it’s clear that Indiana’s defense is effectively messing with Miami’s offensive ideals. When they’re firing on all cylinders, Miami gets lots of open 3s and knocks them down. That’s not happening. The Pacers and their defensive system deserve a lot of credit for finding ways to reduce the Heat’s outside efficiencies. As the series extends, it will be interesting to see if the Heat can find some perimeter scoring from players other than James and Bosh.