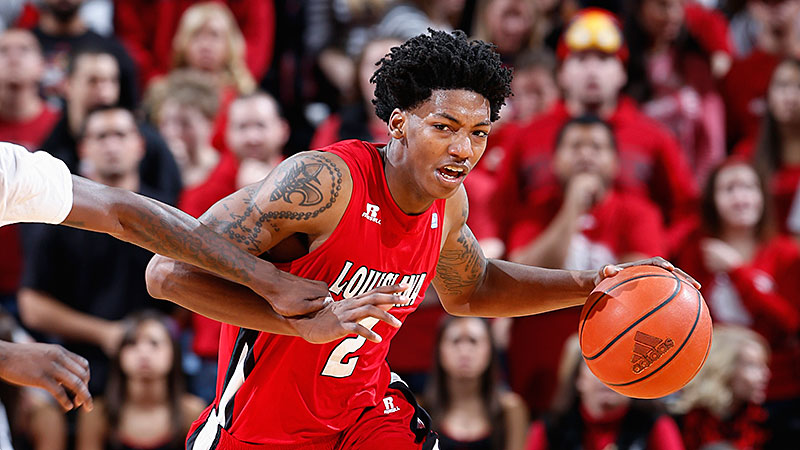 Who Is He? Elfrid Payton, 6-foot-3 point guard for Louisiana

Where Is He From? Gretna, Louisiana

Year: Junior, though he just turned 20 and is a year young for his class

His Game in 30 Words or Fewer: Electric, amplified by the fact that he’s got a vaguely Jean-Michel Basquiat thing going on with his hair.

You Might Know Him From: Payton is a player in the Damian Lillard mold: an under-recruited guy who illuminates the inefficiency (and mid-major possibility!) of the modern recruiting process. Elfrid began lighting it up full time last season, and this year he put the Cajuns on his back. In this weekend’s Sun Belt semi, he escaped with this line: 23 points (on 11-of-15 shooting), nine assists, seven rebounds, and four steals.

When Billy Donovan was putting together last year’s U-19 FIBA team, he got a call from Louisiana coach Bob Marlin, who wanted him to give Payton a look. Payton was invited out to training camp and made the team. Against big competition, Payton turns it up: Though Louisiana lost the game, Payton outperformed Keith Appling in a 2012 regular-season game against Michigan State.

While he’s gaining consistency with his long range and midrange game — he’s pretty deadly on the pull-up already — Payton might have the best crossover in college.

Off the Court: Payton’s dad, Elfrid Payton Sr., is a former Canadian Football League all-star, and one of his best friends is Tulsa’s Rashad Ray, who also made the tournament. Aw!

Adam Silver, College Basketball, and Two Problems With One Solution