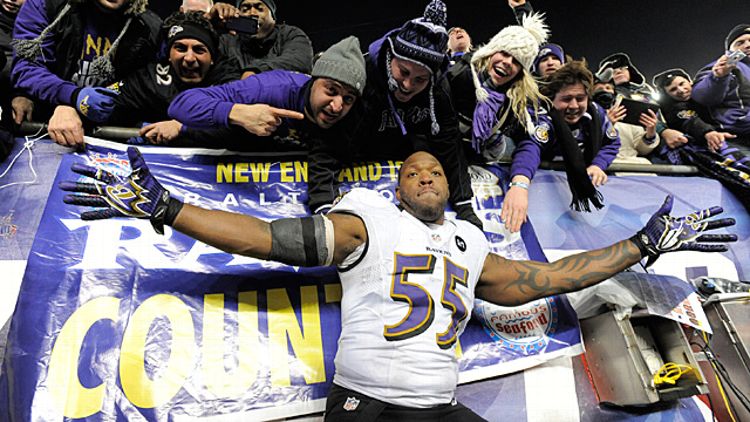 On Sunday a Beyoncé performance will be bookended by a football game between the San Francisco 49ers and the Baltimore Ravens. But before these teams take the field in New Orleans to do battle, they will engage in a cold war. Subliminal and explicit insults will become bulletin-board material. Injury reports will be investigated like Watergate leaks. Jim Harbaugh will get increasingly irritated. Every day there will be a winner and a loser of the Story Line Bowl. Who decides these things? We do.

There’s something … philanthropic about the Ravens’ return to the Super Bowl (their first appearance in the title game since winning it all in 2000). There’s just a spirit of giving surrounding the team. John Harbaugh is giving Juan Castillo a second chance at a third career, as the noted early riser/unremarkable offensive line coach/much-maligned defensive coordinator has been announced as the Ravens’ new … well, I’ll let Harbaugh explain: “He’ll be kind of a lead coach in terms of the run game and organizing the run game for us.” … Also receiving gifts this week? Joe Flacco, who got the kind of backhanded compliment that could only come from a father: “Joe is dull … As dull as he is portrayed in the media, he’s that dull. He is dull.” Don’t bury the lede, Steve Flacco! … Other Ravens tidbits: Brendon Ayanbadejo wants to use the Super Bowl and the intense spotlight that comes with it to promote his support of gay marriage, Terrell Suggs hasn’t called the Niners “arrogant pricks” yet, Bernard Pollard thinks we are in the twilight years of professional football, AND NOBODY SEEMS TO KNOW WHAT TO GET MILLIE OR JIMMY FOR THEIR WEDDING PRESENT. We’re dealing with a lot of shit! That being said, the Ravens seem to have gotten through the first true day of Super Bowl buildup without giving the Niners anything to get irrationally pissed about, and even put some good karma into the world.

Colin Kaepernick may not be all that familiar with Super Bowls, but Joe Montana sort of is. The guy who’s won four said he thinks the Niners will bring home no. 6 on Sunday, and we’re not going to be the ones to go against Joe here. Part of the reason they’ve gotten this far, Joe Staley says, is that the 49ers locker room isn’t full of assholes. We guess it should be more obvious that guys who aren’t assholes might actually like each other and play better as a result, but it’s not somethin’ you hear too often … Certified non-asshole and personalized-hat wearer Justin Smith isn’t worried about his fellow Smith on the Niners’ defensive line. He doesn’t seem that worried about his torn triceps, either, stating, “I know how many games I have left now — four more quarters.” … Meanwhile, from the department of things we are most interested in, Jim Harbaugh’s irritability level is at a mild 4 rating. In his 18-minute press conference, Harbaugh only seemed ready to explode a reporter with his mind two or three times. We can only assume that when he’s asked the 138th question about his team’s schedule for this week (“Meetings. Practice”), that number is going WAY up.

How Darrelle Revis Compares to the Best Players Ever Traded