How Darrelle Revis Compares to the Best Players Ever Traded 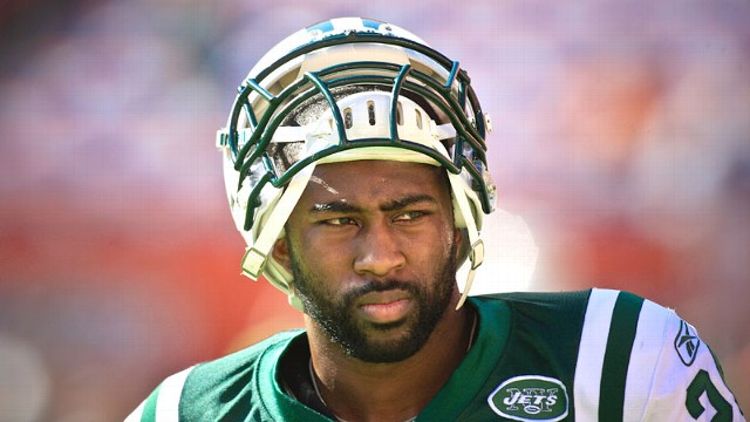 When the news came out last week that the New York Jets might explore a trade for Darrelle Revis, it was easy to dismiss the idea as typical new-regime fodder. Whenever a new coach or GM steps in, there’s an obligation to let everyone know that “all parts of our football team” are being evaluated. It’s a reminder to both the media and fans that there’s a reason someone was just fired, and that they shouldn’t worry — change is coming. But that change doesn’t usually include trading one of the 10 best players in football.

Over the weekend, the idea of Revis leaving town went from exploratory to seemingly imminent. Because Revis has a clause in his contract prohibiting New York from using the franchise tag on him when his deal is up at the end of this season, the hope is that the Jets can get something for their star cornerback rather than watching him walk away. For a team living life near the top of the cap and void of young talent on both sides of the ball, it’s a notion that might seem crazy but is actually worth exploring. One question that comes with this possibility isn’t whether Revis should be traded, but if he is, where he would fall among the best players ever dealt.

The Darrelle Revis with whom we’re familiar — the one who stood as the undisputed best cornerback in the league — showed up in 2009. That season, the Jets posted the best defense in football on their way to the AFC Championship Game, and it was thanks in large part to Revis. According to Football Outsiders, New York had a DVOA of -39.9 percent against no. 1 wide receivers that season, and Pro Football Focus says that quarterbacks finished the year with a 32.3 quarterback rating when throwing Revis’s way. A hamstring injury slowed Revis early in 2010, but by season’s end he was again the league’s best defensive player. Last year, even as Revis was slowed by a knee injury, the Jets were again the league’s best pass defense against no. 1 receivers; their -44.2 percent DVOA topped the second-ranked Chiefs by more than 10 percent.

Revis’s ACL injury may be a reason to reconsider his standing among the league’s best, but it’s clear that when he’s healthy (and before J.J. Watt was sent from the future to save mankind), he’s probably the most impactful defensive player in the league, and may be the most impactful non-quarterback around.

If we concede that Revis will return at a level that resembles what he was able to do for the past three seasons, he becomes part of a very short list of players traded at or near their peak. It should be noted that this list reflects players’ values at the time of the trade, meaning Steve Young and Brett Favre are out. Production also outweighs potential here, so no go on Randy Moss. The most notorious name in NFL trade history is Herschel Walker, but that’s largely because Walker wasn’t a star, before or after the trade. With those parameters in mind, we’re left with five players who were moved while still ranking among the league’s best.

Roaf went to New Orleans as a top-10 pick in 1993 and wasted little time in establishing himself as one of the league’s best offensive linemen. He was first-team All-Pro by his second season and became a fixture at the Pro Bowl every year until 2001. That was when a season-ending knee injury limited him to just seven games and led the Saints to deal him for a third-round pick before the next year’s draft. During his time in Kansas City, Roaf was an All-Pro three times as part of one of the league’s best offenses. From 2003 to 2005, the Chiefs never dipped below fifth in Football Outsiders’ adjusted line yards metric for run blocking, and their figure on runs off left end twice finished in the top five. Roaf was a member of last year’s Hall of Fame class, and by his own acknowledgement, it was his time in Kansas City that ensured his place there.

In his final two full seasons in Philadelphia, Jurgensen threw for 3,723 and 3,261 yards &#8212 both good for the highest total in the league. An injury-riddled 1963 season (are we sensing a pattern here?) caused Philadelphia to ship him out of town, along with defensive back Jimmy Carr. Philly’s haul included 24-year-old Redskins quarterback Norman Snead, as well as defensive back Claude Crabb. In an attempt to win immediately, the Redskins gave up a younger player for a veteran at both positions. Swapping Jurgensen’s contract for Snead’s also saved the Eagles $9,000.

All Jurgensen did after getting to Washington was throw for some 22,000 more yards and head to four more Pro Bowls. Snead cracked 3,000 yards just once — the same season Jurgensen led the league in both yards and touchdowns. At the time, Jurgensen was considered by many to be the best pure passer the league had ever seen, an opinion shared by the man who came in to coach Washington in 1969 — a certain Mr. Lombardi.

The rift between the Los Angeles Rams and Eric Dickerson began in the offseason following his historic 1984 season. After breaking the single-season rushing record, Dickerson held out for the first two games of the 1985 season before the team finally granted him $4 million worth of disability coverage while he negotiated his next contract during the season. A disappointing 1985 followed, but the next season, Dickerson was again past the 1,800-yard mark.

It was the following year, 1987, when Dickerson was moved to the Colts in what was then, in terms of total players, the sixth-largest NFL trade ever. In exchange for Dickerson, the Rams received two running backs, three first-round picks (one from Indianapolis and two from Buffalo), and three second-round picks (two from Indianapolis and one from Buffalo). The Colts got Dickerson, and the Bills, in exchange for three total picks, got Cornelius Bennett, who’d gone to Indy no. 2 overall in that year’s draft.

Dickerson averaged more than 112 yards in his nine games for a Colts team that went to the playoffs that season, and he followed it with more than 1,600 yards the next season. That 1988 campaign marked the last season in which Dickerson would play all 16 games, and as a result, also marked the end of his dominance. Dickerson averaged 356 carries a season for his first six years, and by age 29, the tread had come off the tires. He would never manage more than 4.1 yards per carry after 1989, and that season was the last in which he carried the ball at least 200 times.

When Faulk went to St. Louis in 1999, the trade involved the same teams as the one for Dickerson, but not nearly the same hysteria. Unwilling to renegotiate a contract that had two years remaining, the Colts sent Faulk to the Rams for a second- and fifth- round pick in that year’s draft. Indianapolis came away from that draft with Edgerrin James, but the haul for Faulk wasn’t much, considering he was arguably the league’s best back. According to Football Outsiders, Faulk’s defense-adjusted yards above replacement as a runner that season were fifth best in football. But being Marshall Faulk, that same metric had him as the league’s best receiving running back by more than 200 yards.

During his first three years in St. Louis, there was no longer anything arguable about Faulk’s standing. He caught more than 100 passes in each season, led the league in yards from scrimmage in 1999, and was named league MVP in 2000. For their careers, Faulk and James finished with similar rushing totals, but in terms of impact on an offense, there’s really no comparison.

In terms of position and impact, the 2004 trade that sent Champ Bailey from Washington to Denver is likely to be the one mentioned with Revis. What’s notable about the Bailey trade isn’t so much that he was traded, but what he was traded for. Other than gaudy quarterback stats, it’s hard to find a more telling example of how the league has changed than the details of that trade.

By his second season, Bailey had already become arguably the best cornerback in football. From 2000 to 2003, Washington’s DVOA against no. 1 receivers never dipped below fifth, despite a pass defense that ranked a lowly 23rd in 2003. In exchange for the league’s premier cover corner and a second-round pick, the Redskins got Clinton Portis.

At the time, the deal wasn’t considered to be very lopsided. In his two seasons, Portis had gained nearly 3,100 yards on 5.5 yards per carry. But considering the deal given today’s NFL landscape, it’s almost unfathomable. An apt comparison would be if in exchange for Revis the Jets got Doug Martin. That just isn’t happening. Teams are chastised in today’s game for taking running backs with a first-round pick; Revis’s price tag is likely that and more. Bailey’s performance against Baltimore is fresh, but with that aside, he spent much of his time in Denver as one of the league’s best corners. Revis is two years older than Bailey was when Bailey was traded, but Revis is a similar (if not better) caliber of player. It doesn’t seem like a stretch to say that he might be the best player to ever hit the block.