Which Rookies Are Turning Heads at NFL Training Camps? 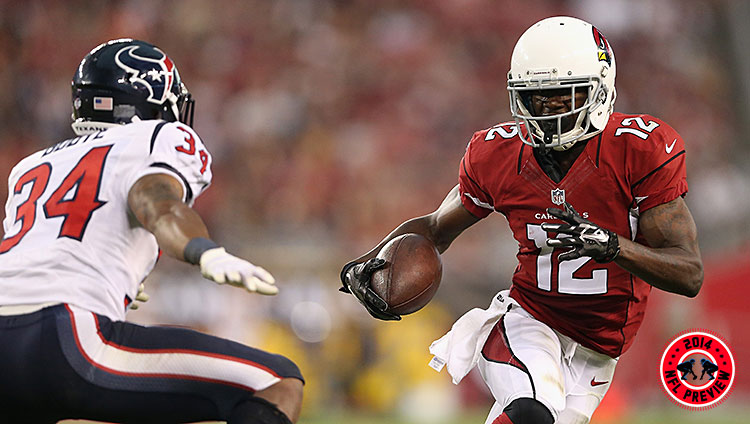 A couple of weeks into training camp and with a set of preseason games behind us, we’ve firmly entered “grain of salt” season in the NFL. This is the time when players and coaches tend to get overly excited about the young guys on their roster after seeing them in uniform and against opposing teams for the first time. People get excited.

Still, there are some players who are getting talked up so often and so much that it’s impossible to ignore. I did some digging from coverage around the league to come up with a quick list of the rookies who have been turning the most heads so far.

“I think what’s great is you have young players who are back there that are sitting there watching the guys who have been here for a little bit and the subtle adjustments that come within the framework of our offense. They say, ‘Ah, OK. So that’s how you get open against that coverage.’ …

“This early in camp, for that to just look like it’s automatic like we’ve been doing that for five years, that’s great to see.” —Drew Brees, via the New Orleans Times-Picayune

I picked that quote from Brees, but there are plenty to choose from. No rookie has gotten the amount of attention and praise heaped on him like Cooks has in the past few weeks. Based on what the Saints gave up to get him, they obviously coveted him, and it sounds like he hasn’t disappointed. Marques Colston is 31 and Darren Sproles is gone. Cooks can do a little of everything for New Orleans’s offense, and the Saints need someone like that. After spending some time with Cooks in the lead-up to the draft, I can say that none of this is surprising.

“I haven’t seen a rookie come in and do what he’s done — and it’s early still — since Anquan Boldin. This guy came through the first day, and being from Pittsburg State, has uncanny instincts, unbelievable understanding of route concepts, leverage, being in the right spot at the right time. On top of great ball skills, he has unusual speed and explosiveness. You add all that in combination, and it’s amazing this guy who came from Pittsburg State can do this. Through this part of camp, I haven’t seen any of our players cover him, and I think you’d probably be able to put on the Texans tape and realize they didn’t have anybody to cover him.” —Cardinals GM Steve Keim

Keim said this to me yesterday, right after Brown made yet another catch during a Cardinals practice. It’s an extension of what Keim said earlier this week, about how his secondary ­— a group that includes Patrick Peterson — couldn’t cover a 5-foot-10 third-round pick from Pittsburg State (which is actually in Kansas, by the way; I had to look that up). Brown ran a 4.3 at the combine, and he adds a speed element to the Cardinals’ offense that they didn’t have a year ago. “He had five for 87 in the first half [against Houston],” Keim said. “If you watch the film, he probably should have had seven or eight for about 200.”

Listening to Keim talk about Brown is fun. He’s clearly loved him for a while, and he’s taking some pleasure in seeing Brown, whom some considered a reach, pan out better than he could have imagined. The Cardinals had “huge grades on the guy,” and the question was how long they would feel comfortable waiting while still having the chance to get him. Keim knew that the top of the fourth was “too chancy,” so he pulled the trigger with Arizona’s second of two third-round picks. “Would we have been irate if John Brown had gone off the board in the top of three? Absolutely. There probably would have been some holes in the wall in our facility.”

“I was a little shocked with Terrance today. I had to double check my roster card to make sure I was looking at the right number. He did some nice things in the one-on-one period. That’s always a bonus when you have a running back that’s not just one-dimensional.” —Browns head coach Mike Pettine, via ClevelandBrowns.com

During the Browns-Lions game on Saturday, I had a similar reaction when I saw West carry the ball. He’s a “Who was that?” type of running back, which isn’t easy to do for a guy built like he is (5-foot-9, 225 pounds). West was video-game productive at Towson, piling up 2,519 yards and 41 — seriously, 41 — touchdowns his senior year. I think it would be a surprise if he didn’t get a decent amount of work behind Ben Tate.

“It took me two years, three years, to really feel like I got the grasp of NFL football, and it looks like C.J. is not going to have a problem with that.” —Terrell Suggs, via BaltimoreRavens.com

Anyone who says a first-round pick should be getting that kind of review from a teammate — and former Defensive Player of the Year — doesn’t know how many early picks tend to flame out.

When Baltimore took Mosley, it was the sort of pick that just made everyone nod in agreement, but the transition for a lot of Alabama linebackers hasn’t exactly been smooth. Rolando McClain is the obvious example, but Dont’a Hightower has come along slowly for the Patriots. After taking Arthur Brown in the second round last year and re-signing Daryl Smith, there’s no guarantee that Mosley will start, but things seem to be pointing that way.

“He played at USC and he played under four different coordinators there and played four different positions. So I think he kind of got lost in the college shuffle a little bit. Again, we’ve got to go out and see him in live games, but based on what you see of him on film, he’s not going to shy away from that part of it. He’s calm, cool and collected. It’s the speed of the game that’s the question, and we’ll see how he plays. But based on what we do out here, I don’t think he’s going to have a problem.” —Giants linebackers coach Jim Herrmann, via Dan Graziano of ESPN.com

Kennard is getting some work with the Giants’ no. 1 defense. Routinely being the guy delivering the “oooh” shots in practice has certainly helped his case. Finding in-house, drafted talent to effectively fill those linebacker spots has been a problem for the Giants for a while now. Hopefully Kennard can be the start to an answer.

“He can play anywhere. He’s got size. He’s good against bump-and-run coverage. His spacial awareness is good. There are different combinations of things that can happen when you’re inside as opposed to outside. He kind of has a good feel for that. You’ve been able to see in camp that he’s been able to get open and make plays.” —Eagles offensive coordinator Pat Shurmur, via the Philadelphia Daily News

There are a few takeaways you can get just from looking at Jordan Matthews. The first is that Chip Kelly likes to go big, especially with his receivers. It’s one of the posited reasons that he was willing to part with DeSean Jackson. Matthews is also indicative of the changing look of slot receivers across the league. No longer is the inside reserved for tiny, shifty receivers. Both Brandon Marshall and Larry Fitzgerald ran nearly half their routes from the slot a year ago, and Matthews follows that trend. The goal, it seems, is to get a big target taking advantage of the most important area on the field. Everything out of Eagles camp suggests that Matthews will be a part of the first-team offense when Philadelphia is using three receivers, but he’ll be doing it from the slot.

Why History Won't Be on Chris Petersen's Side at Washington