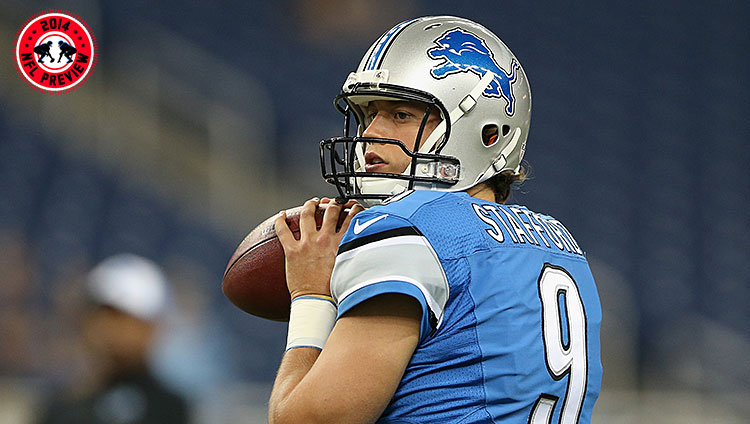 Preseason may be over, but that doesn’t mean all the questions about teams have been answered. In a lot of ways, the regular season is about answering questions. Not the “Is Joe Flacco elite?” kind, but specific, granular queries about whether certain units or players can perform enough to help their teams win. So let’s ask 32 questions for 32 teams, one each. Today, the NFC. Tomorrow, the AFC.

How much will they put on Russell Wilson’s plate?

Last year, only the Bills ran more times than the Seahawks, and only the Niners threw less. Seattle’s offense has been built around a power running game, and the big shots downfield that came off it. But this year, there’s a chance the focal point shifts from Marshawn Lynch to Wilson. John Schneider drafted two receivers in the first four rounds, and Percy Harvin is healthy — for now. Guys typically see a drop-off in efficiency with more volume (Wilson was fourth in yards per attempt last season), but Wilson has looked pretty great in his limited chances. With Lynch aging a bit, and Seattle’s crop of pass-catchers better than it’s been, this may be the time to truly hand Wilson control. 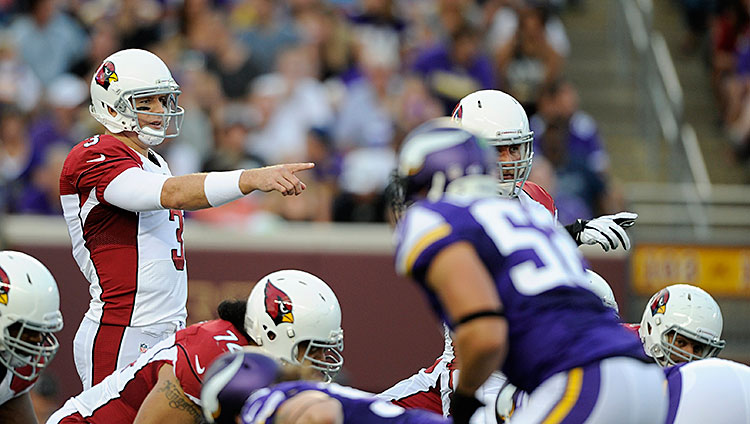 Can they keep Carson Palmer alive?

Arizona has lost three of its four best front seven players in the past year, but I’ll save that for another day. The Cardinals will need their offense to be a lot better to compensate, and that means keeping Carson Palmer on his feet. They gave Jared Veldheer a lot of money to play left tackle, so even with Jonathan Cooper lagging a bit, there’s hope their offensive line will be better. This is a team that wants to take shots, and with Larry Fitzgerald, Michael Floyd, and John Brown, it’s set up to, as long as Palmer gets some time.

Where is their pass rush coming from?

Aldon Smith played only 11 games last year, and was hardly his old self, but he still tied for the team lead with 8.5 sacks. Now, a team that finished 29th in adjusted sack rate last year will be without him for more than half the season. That’s also about how long they’ll go without NaVorro Bowman, who added five sacks last year — tied for fourth among inside linebackers leaguewide. The pair’s 13.5 sacks is more than a third of the Niners’ entire total from 2013.

Can they find something, anything, in the passing game?

This isn’t about Shaun Hill. It’s about their receivers. There wasn’t much evidence last year that the Rams knew how to use Tavon Austin, but after spending the eighth overall pick on him — never forget — they need him to be a bigger part of their offense. It’s that, or praying that Kenny Britt stumbles into his 2010 self or Brian Quick suddenly becomes Brandon Marshall. I don’t have much faith in either. 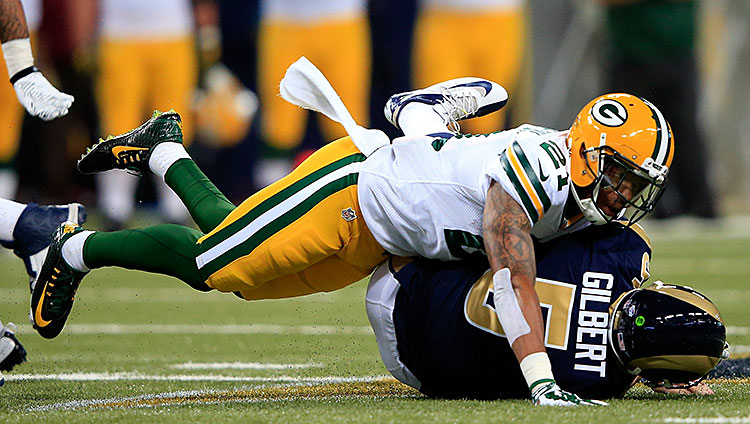 Which young guys are going to show up for their defense?

“Will they stay kinda, somewhat healthy?” is the question every year for the Packers. It’s to the point at which it’s not even worth asking anymore. I’m more interested in which young guys can make an impact for them. Whether that’s Ha Ha Clinton-Dix, Datone Jones, Casey Hayward, or a guy like Mike Pennel, I’m not sure. Hayward’s health and Clinton-Dix’s ability to fit in early could be the difference between Green Bay having a good secondary and a great one. A better second year from Jones would give the Packers the type of front-seven player they’ve missed on recently. Their offense should be great, as long as Aaron Rodgers stays healthy, so if their defense is at least average, they should cruise to a playoff spot.

Are their front-four additions enough to save the defense?

The Bears spent an incredible amount of offseason capital — both money and draft picks — on their defensive line. They signed Jared Allen, Lamarr Houston, and Willie Young, before taking Ego Ferguson and Will Sutton in the second and third rounds, respectively. They needed the help. Chicago’s run defense was seriously awful last year — comfortably finishing dead last in DVOA, while giving up an amazing 5.3 yards per carry. That’s 0.2 yards better than LeSean McCoy averaged for the season.

Houston is an excellent run defender from his defensive end spot, and Jay Ratliff — who played only five games last year — should be an upgrade over what the Bears had on the interior. Linebacker is still a question, with the underwhelming Jonathan Bostic backing up an aging D.J. Williams in the middle, but there’s reason to believe they’ll be better overall. 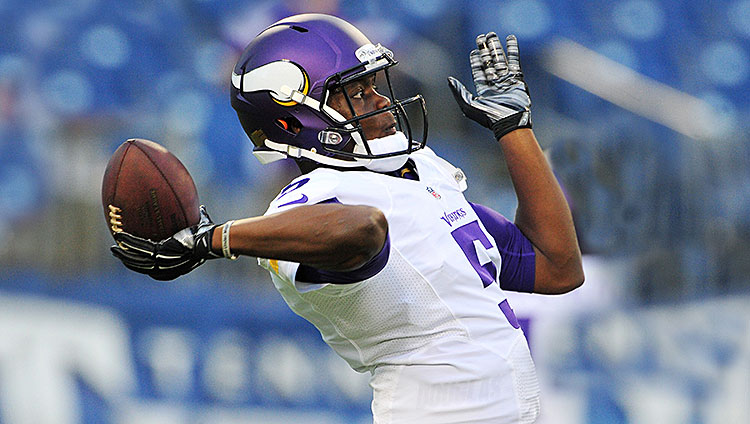 What happens at quarterback?

This is a simple one. The Vikings have Adrian Peterson, Cordarrelle Patterson, Kyle Rudolph, an above-average offensive line, and Greg Jennings (who might still be good). Norv Turner has a bunch to work with, and the fate of Minnesota’s offense will probably come down to who’s playing quarterback and how well he’s doing it. It wouldn’t necessarily be a bad thing if Teddy Bridgewater didn’t see the field this year, because that would mean Matt Cassel was playing well enough to hold on to the job.

What does Matthew Stafford look like under Joe Lombardi and Jim Caldwell?

The Unlimited Potential of Matthew Stafford is well-trodden territory, but how he fits into Lombardi’s offense trumps is the biggest unknown. The difference between the Lions toiling at 7-9 and the Lions pushing to be a playoff team will likely come down to whether Stafford can put together a season close to the one he had in 2011. He’s never had a better set of receivers (including two very good pass-catching running backs), and his offensive line is solid. It’s not hard to imagine the Lions lingering around the top five in DVOA.

How does their secondary shake out?

Specifically, I’m curious about the cornerback spot across from Keenan Lewis. But that I’m digging down that far is proof that I think a lot of this team. I mentioned on the Grantland NFL Podcast that I see Lewis as someone we’ll rate just a notch below the Patrick Peterson–Richard Sherman–Darrelle Revis–Joe Haden contingent by the end of this season. The combination of Jairus Byrd and Kenny Vaccaro has a chance to push Seattle’s duo for the best safety pairing in the league.

The question is what the Saints do at that fourth spot, especially after Champ Bailey was cut last week. They drafted Stanley Jean-Baptiste in the second round, but he probably needs a little more development. Patrick Robinson, a former first-round pick who’s never really put it all together, is penciled in there right now. New Orleans is a team that combats its lack of corner depth by using a lot of Rafael Bush as a third safety, but it’s still something to keep an eye on. 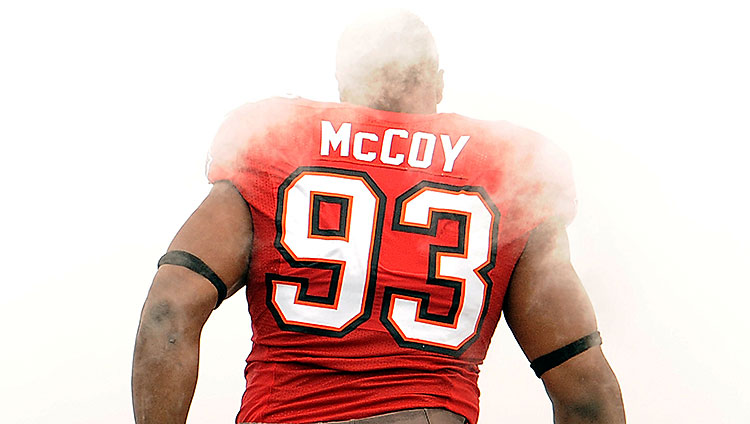 Just how good is their defense?

Because I’m an idiot, I’m back in on the Bucs. An offense led by Josh McCown and a first-time offensive coordinator should give anyone pause, but Tampa has a chance to be among the best defenses in football. The Bucs finished eight in defensive DVOA last year (really!), and now, they’re coached by Lovie Smith, whose Bears finished outside the top 10 only once in his nine years there. It may be sacrilege, but I think Smith’s talent this year — with Gerald McCoy, Lavonte David, and Alterraun Verner — rivals any of those Bears teams. Michael Johnson isn’t an elite pass-rusher, but he’s an absolute beast against the run. With McCoy, Johnson, Adrian Clayborn, David, and Mason Foster at middle linebacker, it’s unclear how anyone is going to gain a yard running against this team.

Can their front seven hold up?

Losing Sean Weatherspoon, probably Atlanta’s best defensive player, isn’t a good start, but the Falcons did spend some money this offseason to bolster their run defense. Paul Soliai and Tyson Jackson should both be fine. I’m worried more about the linebackers ­— both inside and outside. The Falcons are relying on a pair of 2013 undrafted free agents (both of whom played a lot last year) and a fourth-round pick from May. They’re also banking on a healthy Kroy Biermann being enough to revive a pass rush that was nonexistent last season.

How will their running game look?

I’ve lost hope for the Panthers’ passing game, but they proved last year they don’t need one if they’re beating up teams on the ground. Carolina was fourth in rushing DVOA. The Panthers’ high-priced runners are back, but they’re missing two key pieces from their 2013 offensive line, with both Jordan Gross and Travelle Wharton retiring. Wharton ended up the left guard last year only after Amini Silatolu was lost for the season, so Silatolu’s return bodes well for them filling that spot, but Byron Bell is a significant downgrade from Gross. There’s a chance that rookie Trai Turner is actually an upgrade on Nate Chandler (the right guard last year and the right tackle this year), but the Panthers are losing both continuity and stability up front.

Was their late-season defensive improvement for real?

Even if the Eagles take a small step back on offense (with coordinators catching up to Chip Kelly, and Philadelphia experiencing some injuries the team avoided a year ago), there’s still a good chance they’ll finish near the top of the league. That might be enough to take the division, but to gain ground on teams like Seattle, they have to hope their defense is closer to what it was at the end of last season. Philly finished 15th in weighted DVOA (which gives more importance to late-season performance), wedged right between the Chiefs and the Jets. With all the young talent the Eagles have, especially up front, there’s reason to believe that improvement carries over. 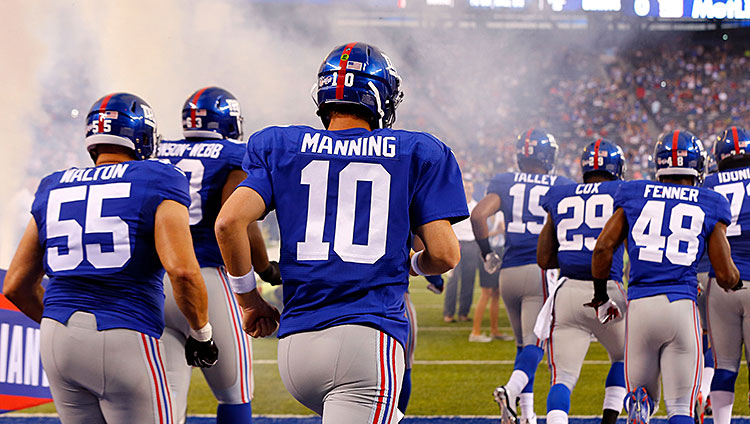 What is this new offense going to look like?

Bill Barnwell touched on it last week, but in a perfect world, the scheme change brought about by Ben McAdoo’s arrival will revitalize Eli Manning. The Giants stumbled a bit in the preseason, but who knows how much that matters. I’m curious to see what Manning and guys like Victor Cruz look like when the real games start.

Will they really commit to the run?

They’ve talked about it plenty this offseason, but the Cowboys really are built to run the ball well. Dallas finished fifth in rushing DVOA last year, and added another first-round lineman since then. The Cowboys have a chance to be the best rushing offense in football outside of Philadelphia. It’s just a matter of whether pass-happy Scott Linehan is willing to ride with the running game, and whether the defense can keep them out of two-score holes they can climb out of only by throwing. 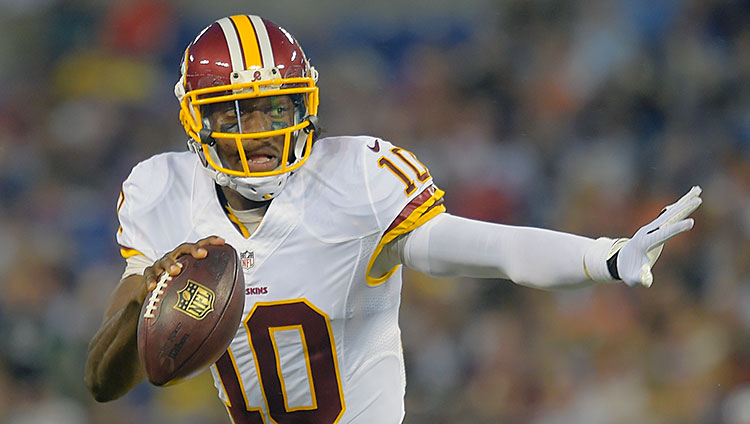 Which Robert Griffin are we going to see?

C’mon. No other question matters. They bet their future on Griffin. For a season, it looked like a genius move. There were plenty of reasons for his struggles, last year, including less play-action and way less effective play-action. But I think anyone who’s watched Griffin in the past 13 months is more concerned with how comfortable he looks than where Washington is sitting schematically. The hope has to be that his discomfort in the preseason has more to do with learning Jay Gruden’s offense than with how much he trusts his body and his arm. The league is more fun with a healthy, fearless Robert Griffin III. I hope we get him.

The League That Never Sleeps