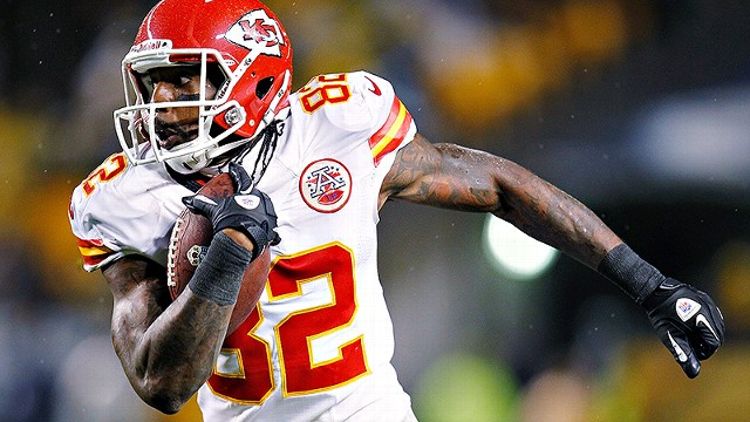 It’s not too often that a 2-14 team is eager to retain its core, but that seems to be what’s happening in Kansas City. On the final day to give potential free agents the franchise tag, new Chiefs GM John Dorsey and new head coach Andy Reid made a series of big decisions that both give some insight into their expectations about this season and create more questions about the top of April’s draft.

We might as well start with the exciting part. According to Adam Schefter, Dustin Colquitt’s five-year, $18.75 million contract (with $8.9 million guaranteed) makes him the highest-paid punter in football. With the high level of variance in special-teams performance from year to year, and the lack of difference among most punters (the first- and 16th-ranked punters in net average were separated by just 3.3 yards), there’s always an argument against shelling out more money than necessary for one. Where Colquitt separated himself last year was in his ability to pin opponents deep in their own territory. No punter dropped a higher percentage of his kicks inside the 20 than Colquitt.

Bowe’s numbers were significantly down while playing with the franchise tag last season (59 catches for 801 yards, compared to 81 catches for 1,159 yards the previous year), but those numbers can and probably should be attributed to the quarterback play he was afforded. Among the 39 players who threw 100 passes last season, Cassel and Brady Quinn ranked 36th and 38th, respectively, in Football Outsiders’ DVOA metric. Only Ryan Lindley was worse. Alex Smith, for whom the Chiefs reportedly traded last week, finished 10th. Granted, the situation in San Francisco (the league’s best offensive line, a great running game, Jim Harbaugh) would provide insulation for any quarterback, but it’s hard to imagine that Smith won’t be a significant upgrade.

With Smith shoring things up under center and Jamaal Charles in the backfield, Reid and Dorsey likely saw Bowe as the last skill-position piece to a competitive 2013. Bowe isn’t the third-best wide receiver in the NFL, but two seasons ago, when the quarterback play was at least average, he was in the top 10. Reid has apparently been a fan of Bowe’s since his days at LSU, and on an offense void of a single other playmaker on the outside, keeping him in the fold was crucial for what Kansas City’s trying to do.

Locking up Bowe not only allowed the Chiefs to avoid franchising him for a second straight year (a price tag of $11.4 million), it also meant they could use that franchise tag elsewhere, and that turned out to be on left tackle Branden Albert. Even before the Chiefs traded for Smith, the common thought was that without a quarterback worthy of the first overall pick, Kansas City might let Albert walk and use that selection on either Texas A&M’s Luke Joeckel or Central Michigan’s Eric Fisher. As Pro Football Focus’ Ben Stockwell notes in the site’s rankings for free-agent offensive tackles (where Albert is fourth), letting one of the league’s premier pass blockers walk in favor of a prospect (no matter how highly touted) comes with inherent risk. Considering the fluidity at the top of this year’s draft, the Chiefs would likely be better served to seek a long-term deal for Albert and look to fill one of several other spots with the first overall pick.

With Albert now secured for at least this season, the direction Dorsey and Reid choose to go with that pick is now more uncertain than ever. Moving either Joeckel or Fisher to the right side would be a poor use of draft value, and right tackle Eric Winston is in just the second year of the free-agent deal he signed last offseason. The more likely choice is that the Chiefs will look to their defense.

Twice in the past five seasons, the Chiefs have used a top-five pick on a defensive end in their 3-4 defense (Glenn Dorsey was originally drafted as a 4-3 tackle, which was part of the problem), and doing so again would be because the first two were both ineffective and on their way out of town. Dorsey’s going to be a free agent that Kansas City likely won’t retain, and with former no. 3 overall pick Tyson Jackson set to make about $14.71 million this season, he’ll either take a significant pay cut or be released.

There are a couple of options at defensive tackle at the top of the draft, but as with practically everyone in this conversation, there are downsides to take either with the first overall pick. Utah’s Star Lotulelei was diagnosed with a heart condition at last month’s NFL Combine, and although he’s been cleared to resume workouts, there’s a chance it scares off teams picking in the top five. Florida’s Sharrif Floyd is one of the fastest-rising players in the draft, but like Dorsey was in 2008, Floyd is considered more of a three-technique tackle in a 4-3 than a defensive end in the 3-4.

Many of the draft’s top players are fits as outside linebackers in a 3-4, but that’s the one position where the Chiefs are more than set. Tamba Hali had another very good year in 2012, and 2011 third-round pick Justin Houston is one of the more underrated players in the entire league.

The answer may be one we’ve never seen in the draft’s history. When cornerback Brandon Carr left for Dallas via free agency last year, the Chiefs replaced him with former Raider Stanford Routt, and the result was an absolute disaster. Routt was cut in the middle of the season, and the void left by Carr is still there opposite Brandon Flowers. That leaves Alabama cornerback Dee Milliner as a very real option for the Chiefs at no. 1. Milliner ran very well at the combine, and in a draft with no clear option at the top, Kansas City’s decisions yesterday may clear the way for Milliner to be the first cornerback ever taken first overall.

NHL Viewing Guide: Can the Blackhawks Keep Their Streak Alive?