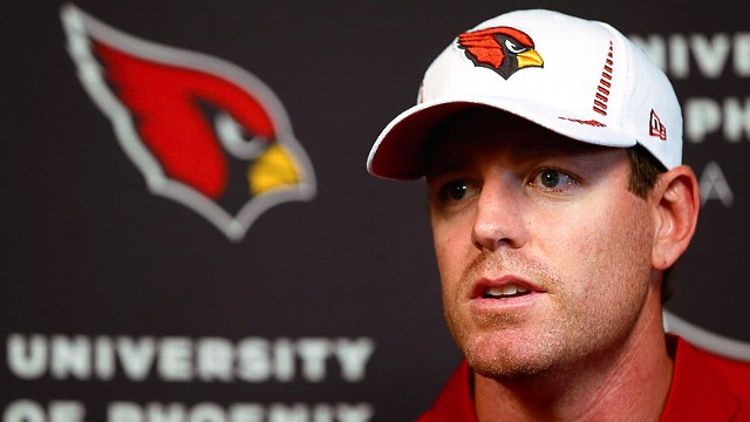 In the past month, the deck of quarterback mediocrity has seen plenty of shuffling. First, it was in Buffalo. Less than two years after getting $24 million guaranteed from the Bills, Ryan Fitzpatrick was released, off to Tennessee to back up Jake Locker. Three days later, the Cardinals, hoping to avoid a $2 million roster bonus and $9 million in salary, released Kevin Kolb. On Monday, the Oakland Raiders traded for Matt Flynn, who was Russell Wilson’d in Seattle last offseason. The next day, the Cardinals traded for former Raiders starter Carson Palmer. I hope everyone is following here.

Where each quarterback ended up is mildly important, but what all the movement really says, it says collectively. For the handful of NFL teams actively searching for a long-term answer at quarterback, this may not be the draft in which they’re going to get it.

Right now, it would seem that there are six teams that don’t have a wait-and-see or definitive option for their immediate quarterback future: Buffalo, Arizona, the Jets, Jacksonville, Oakland, and Cleveland (Christian Ponder is due another year, and there are new regimes in New York, Cleveland, and Jacksonville that owe no allegiance to previous drafts). Three of those teams were clearly in the market for temporary quarterback relief and orchestrated deals to get it. And while the other three feature front offices with no obligation to see through the missteps of past management, each has invested enough resources (money in the Jets’ case and very recent first-round picks for Jacksonville and Cleveland) to make it believable that they’d stand pat for another year.

The three teams that have made quarterback moves fall at various points in their shunning of this year’s draft. Buffalo is still kicking the tires on pretty much every prospect available. The Bills have reportedly met with Geno Smith, E.J. Manuel, and Matt Barkley. Former Syracuse quarterback Ryan Nassib is scheduled to work out for the team on Sunday, but considering the Bills’ head coach was also Nassib’s for the entirety of his college career, I’d say Buffalo is pretty familiar. The only team among the three that didn’t trade for their new quarterback, and the team holding the lowest pick in the top 10, Buffalo would be the least surprising candidate to grab a quarterback.

Arizona is on the other end of that spectrum. With the trade for Palmer, who was instantly named the Cardinals’ starting quarterback, Bruce Arians claimed that Arizona now had quarterback depth “as strong as anybody’s.” This is the kind of talk that can make someone wonder if there’s something in the dye Kangol uses, but his point is clear — the Cardinals likely aren’t in the market for a top-10 quarterback.

With the Matt Flynn trade, Oakland finds itself somewhere in the middle. Trading two picks isn’t something a team does to bring in a backup quarterback, and with the amount of talent on the board at no. 3, and with the number of holes the Raiders need to fill along their defense, it would be hard to imagine them reaching for Smith.

Smith may not end up in Oakland, but he’ll likely end up somewhere in the top 10. Whether it’s with Buffalo or if Jacksonville or Oakland manages to trade down, someone will take a chance. With the other available quarterbacks, though, things are much less certain, and if the first 20 picks do go by without another quarterback, it could say everything we need to know about this year’s class.

In the past two years, four quarterbacks have been taken in each first round. Last year, three of those quarterbacks went in the top 10, and two years ago, all four went in the first 12 picks. The message here is that if a team thinks a quarterback has franchise potential, it’s usually willing to go up and get him.

The 2011 draft is intriguing because it also included a pair of second-round quarterbacks in Andy Dalton and Colin Kaepernick. Dalton has developed into a reliable if unspectacular NFL starter, and Kaepernick seems poised to be a star. The question is whether the success of both is indicative of a shift in the success of quarterbacks picked in the second round.

Historically, quarterbacks have been a first-round-or-nothing proposition. There are the obvious outliers (hello, Tom Brady), but for the most part, quarterbacks who fall into the second round do so for a reason. Drew Brees went 32nd overall before the Texans came into the league, but after him and before Dalton and Kaepernick, the list of second-round quarterbacks reads thusly: Jimmy Clausen, Pat White, Brian Brohm, Chad Henne, Kevin Kolb, John Beck, Drew Stanton, Kellen Clemens, Tarvaris Jackson. That isn’t exactly a glowing roster.

Why this matters is that the majority of this year’s quarterback talent seems headed for Round 2. Manuel, Nassib, Barkley, Mike Glennon, and Tyler Wilson have all landed in the second round in most projections, and if it does fall that way, they’ll join that underwhelming list that’s produced exactly zero starting-caliber NFL quarterbacks.

It’s this underwhelming crop of talent that likely pushed Arizona, Buffalo, and Oakland to make the moves they did. There’s a chance one of these teams (or the Jets, Browns, or Jaguars) will make a play back into the first round (like the Browns did to draft Brady Quinn), but what seems clear is that none of these options is a good answer for a team’s future. At best, these are guys who will have to sit a year or two or come in and prove it in camp. These days, when star quarterbacks are contributing immediately, those types of players aren’t worth a top-10 pick, and the recent run of quarterback deals is proof that teams don’t think so either.