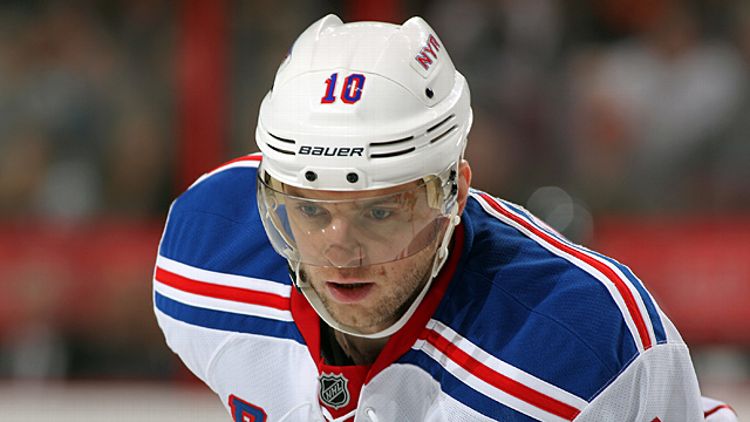 The NHL trade deadline passed at 3 p.m. ET, and the biggest story might have been the player who wasn’t traded: Roberto Luongo will stay in Vancouver, despite the panic that started when he was pulled off the ice minutes before the deadline. He was clearly disappointed and didn’t mince words in a post-deadline press conference, explaining that “my contract sucks” and “I would scrap it now if I could.”

The biggest surprise was Marian Gaborik. The Rangers’ struggling winger was known to be on the block, but nobody expected him to wind up in Columbus. Teams like the Blue Jackets are supposed to send star players to big markets like New York, not the other way around, but clearly Columbus feels ready to take a serious run at an unlikely playoff spot.

Another star heading from the Eastern Conference to the West is Jason Pominville, who becomes the latest victim of the Buffalo Sabres’ fire sale. He heads to Minnesota, where he’ll help the Wild push for a division title, in exchange for prospects and picks.

In some of the smaller deals:

• The Capitals made everyone wait around for two hours just to find out they’d traded one of their best prospects for Martin Erat.

• The Senators traded their third-string goalie for a rookie who immediately becomes their leading scorer, because the Senators are good at this.

• The Oilers traded for a player who was en route to the hospital for the birth of his child.

• The Sharks acquired a player who most fans thought already played for the Sharks.

• Ray Shero added another piece to the Penguins, because Ray Shero is a boss and he isn’t going to let everyone else have all the fun.

• The Coyotes apparently decided to do this upcoming franchise relocation one piece at a time, making three different deals that saw veterans shipped out for futures (but not Keith Yandle).

• The Leafs made their fans happy by trading for a player who was not an old and overpaid goaltender.

• Various other trades happened that you really don’t need to bother caring about.

Filed Under: Hockey, NHL, Nothing to See Here