What Do You Do When Your Rebuilder Is an MLB Contender? 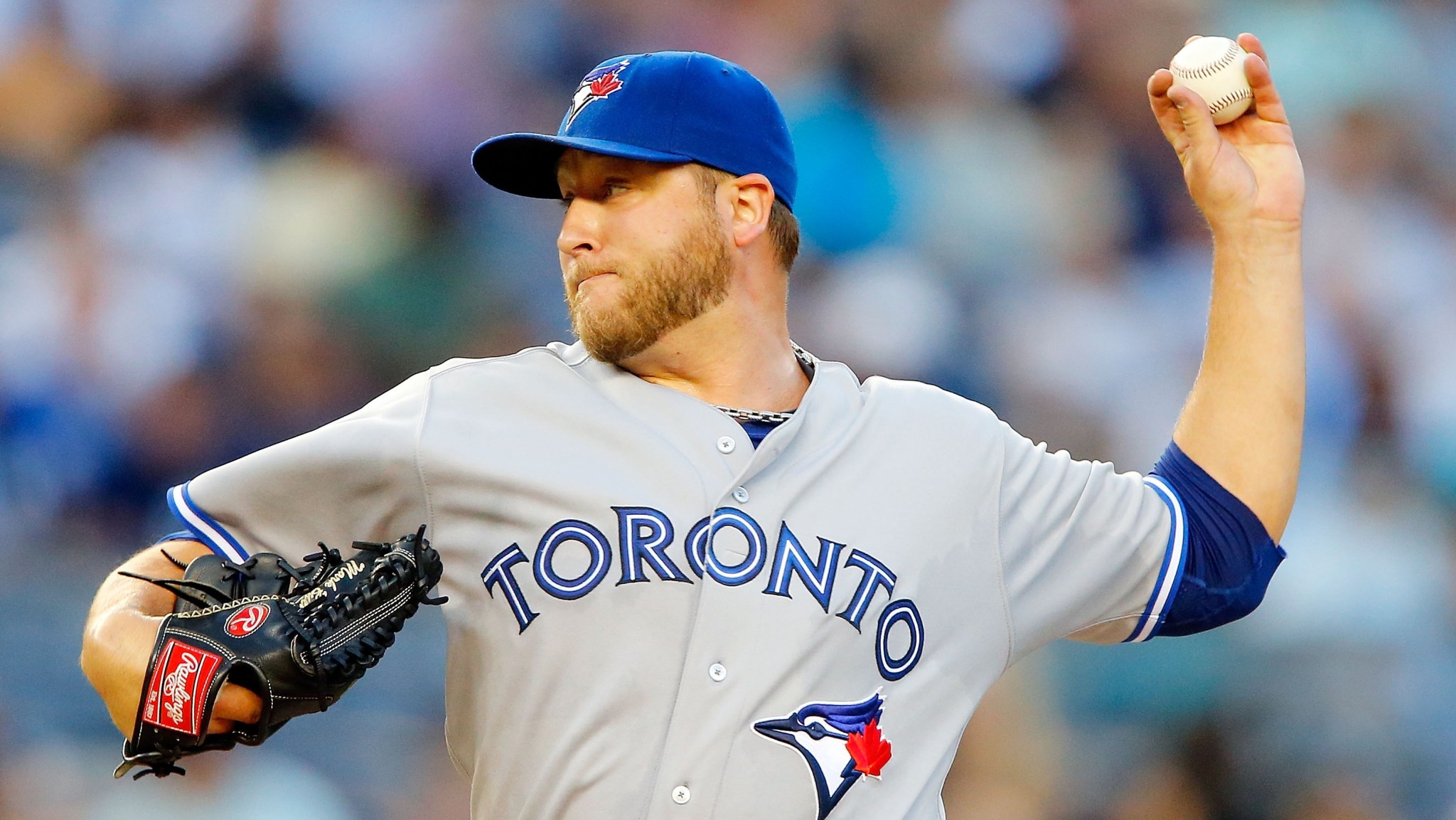 Running a baseball team is about managing your priorities and seizing opportunities. It would be pretty easy to be a major league GM if rebuilding and contending were the binary states lots of people assume them to be. But it’s not that simple. There’s a gradual process that takes a franchise from stockpiling assets and blooding youngsters to the detriment of the major league team to gradually filling in the gaps at positions where it can’t develop players on its own. Transitioning from rebuilding to contending is more like turning a dial than flipping a switch, and timing is everything. Jam the knob all the way to “contend” too soon and a team might give away prospects for nothing and condemn itself to finishing five games out of the wild card every year until the GM gets fired. Wait too long and a team could miss its window altogether.

Even then, the process is unpredictable. Here are three teams that have suddenly found themselves much closer to contention than they might have expected. About six weeks from the non-waiver trade deadline, what should they do?

The AL East is entirely upside down from the way lots of people envisioned it four months ago, but this is really pretty much the season we all expected Toronto to have last year before the Blue Jays succumbed to Murphy’s Law. After GM Alex Anthopoulos annexed the Miami Marlins, it seemed like after one year, it was time to blow up the team all over again, but Toronto is very much in the driver’s seat and faces the easiest decision of any of this year’s surprise contenders: It’s time to go all-in.

Even though the Blue Jays are far from a mirage, they’re in first place because of quite a few circumstances that are unlikely to repeat themselves anytime soon: The Yankees, Red Sox, and Rays have won the past 16 division titles but are all, for the purposes of this season, either completely sunk or taking on water and flooding below the waterline. Mark Buehrle, who was past his sell-by date, is suddenly having the best season of his career.

This is also not a young, up-and-coming team whose growth might be stunted by a lack of patience: Most of Toronto’s regulars are over 30, and 27-year-old Colby Rasmus becomes a free agent this winter. It’s going to be a while before their chances are this good again. It’s also pretty easy to see where they can improve: Toronto has a pretty stocked lineup, but second base is a disaster. Steve Tolleson and Munenori Kawasaki are utilitymen at best, and Brett Lawrie, who had deputized at second before landing on the DL this week, is a stopgap at the keystone. Another place to improve is in the rotation. Toronto is about middle of the pack in park-adjusted ERA, but this staff is short on strikeouts in general, and the rotation is far from trustworthy. How long can we expect Buehrle to post a 2.32 ERA? Is R.A. Dickey back to being an average starter? How long before Dustin McGowan blows out again? Do you really want J.A. Happ to start a playoff game?

I say this a lot, but it applies here: Pennants have been lost for want of a bad starting pitcher. The way the Blue Jays hit, they don’t even need to go out and get a no. 1 or no. 2 starter — just a reliable midrotation guy to make sure the surest thing in the rotation isn’t 23-year-old Drew Hutchison or a guy with an 84 mph fastball and an AARP card.

After all the drama that surrounded GM Jack Zduriencik this winter, I was ready for Seattle to flat-out suck. Even if they were good, the Mariners would’ve had to navigate a division that included the A’s and Rangers, plus a team from Orange County with that Trout kid. I would also have assumed that any contending Mariners team would include at least two, probably three, of Nick Franklin, Brad Miller, Justin Smoak, and Dustin Ackley having turned a corner, plus contributions from at least one of Taijuan Walker and James Paxton in the rotation. The Mariners have gotten next to no breaks in those departments, but they’re very much in the thick of the American League wild-card race. Robinson Cano’s been great, Kyle Seager has turned into one of the best third basemen in the game, and when your rotation includes Hisashi Iwakuma and Felix Hernandez, you’re going to have the starting pitching advantage most of the time.

There’s no particular part of Seattle’s success that seems unsustainable, but this is still a young team with a lot of assets in the upper minors and long-term control over its veteran stars. Apart from whatever job pressure remains on Zduriencik, there’s not an enormous hurry here.

If I were Jack Z., I’d be willing to dump a big-name prospect — probably not Walker, but you never know — for an impact bat at first base or the outfield, and you can never have enough pitching, even if you’ve already got Iwakuma and Hernandez. By reputation alone, the idea of trading with Rays GM Andrew Friedman conjures up images of someone who showed up at a gunfight and forgot to bring his knife, but it’s worth at least taking Friedman’s temperature on his willingness to sell Ben Zobrist and David Price.

This is where impatience can get you in trouble — the Mariners could easily make the playoffs if they get the right player for the right price, but if they overpay for the wrong player, it could set the franchise back.

Back in May, I wrote a lengthy post about how the Marlins, despite conventional wisdom placing them at least a year away from contending, should sign Stephen Drew and Kendrys Morales in the interest of trying to poach a playoff spot in the slightly topsy-turvy National League. The reason nobody ever saw that post is that 15 minutes after I filed it, it came out that Jose Fernandez had blown out his elbow and would likely require Tommy John surgery.

Even though the Marlins remain very much in the race, I’d be extremely cautious about selling out to contend this early. They’ve got holes at all four infield positions — yes, I know the current crop of infielders is hitting pretty well, but if you think Casey McGehee’s going to be a three-win player long-term, let me know, because I’d like to bet against you.

I wouldn’t mind the Marlins doing what the Pittsburgh Pirates did in 2011 and 2012 — trade an organization guy for a veteran, because, what the hell, he might get hot for a couple of weeks and you could sneak into a wild-card spot — but they should resist the temptation to deal any of their top prospects for veteran help. The draw of Drew and Morales was that, as free agents, they carried only draft-pick compensation, and the Marlins’ first pick was protected. Now that that option is off the board, getting an infielder on the level of either Drew or Morales would require a significant expenditure in terms of young talent. Better to be patient and let Colin Moran or whoever try to take care of the infield problem internally next year, when Fernandez will likely be back for the pennant race.

The other concern with Miami going all-in is that it remains unclear how empowered GM Dan Jennings is to act. Before the draft, the Marlins traded a competitive-balance pick, no. 39 overall, as well as some $1.4 million in bonus money that came with it, to Pittsburgh for reliever Bryan Morris. What makes this trade curious is that Morris is terrible, and if the Marlins actually wanted relief help this season, they could’ve kept the pick and used it on either Jacob Lindgren or Nick Burdi. There are rumblings that the pick was traded just so the Marlins could get out from having to spend that $1.4 million in bonus money on a draft pick, which would not portend good things if the Marlins wanted to pick up a veteran infielder and had to pay him.

Either way, unless someone approaches the Marlins with a totally irresponsible trade offer, the Marlins would not only be unwise but unlikely to make a major trade.