We Went There: Tottenham vs. West Ham 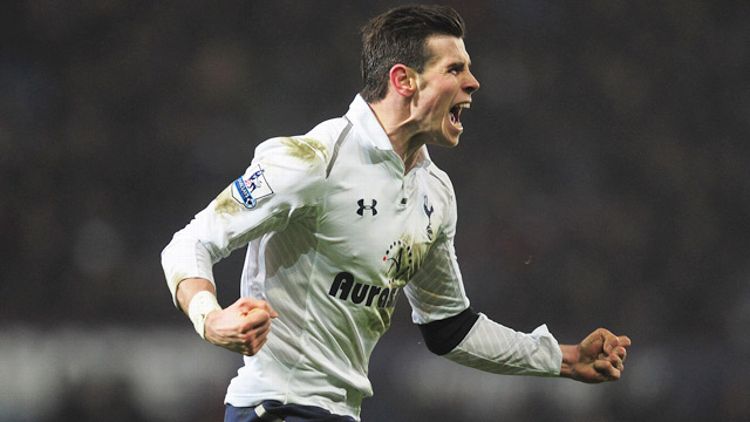 Gareth Bale. I can’t remember the last time I saw so many grown men terrified of one human being. I’ve been traveling through Europe during the NFL downtime and made my way to Upton Park on Monday night for a match between two London rivals, West Ham and Tottenham; but the real reason I went was to see Bale. To silence the little nagging voice in my head that started speaking up after I realized I’d be in town for the fixture. “This is your chance to see somebody you’re going to regret not seeing 40 years from now.” I hope that little nagging voice had some action on some Bale props for this game.

It seems unfair, at this point, to compare Bale and his current run of form to other soccer players. His work since Boxing Day — 13 goals in 13 matches, a barrage of match-winners from long-distance — is surreal and sumptuous. Even comparing him to other human beings seems woefully inadequate outside of a fictional character at his peak; even Keyser Söze thinks back to that time he spent exacting his revenge on the Hungarians for murdering his family and gives a knowing head-nod to Bale’s performances over the past two months. Bale is closer to umami than Messi. He’s an exactly appropriate amount of salt. A perfectly fitting pair of pants. The moment before the solo in “Carry the Zero” kicks in. All very impressive for somebody who’s never actually tried to touch a soccer ball with his right foot.

The obvious historical analogue for Bale raises a really interesting question. Ryan Giggs, like Bale, is a brilliant left-footed product of Wales. (Yes, they each got a fair amount of their footballing education in England, but the state of the left side for the English national team over these past two decades suggests that nature has a pretty strong case for shutting up nurture here.) Unless you’re a pretty dedicated member of the Craig Bellamy fan club, Giggs stands as the only world-class Welsh player of his generation, a genuine superstar amid a sea of players who would be happy if they don’t have to play at Gillingham in a given year. And unless you’re a pretty dedicated member of the Joe Allen fan club (and if so, hello, Mr. Rodgers), Bale is the only world-class player from this subsequent generation of Welsh internationals. How unlikely is it that a relatively small country would deliver one truly elite player to the world in back-to-back generations and that the player in question would be a left wing both times? And is there reason to believe that it’ll happen again in 10 years’ time?

Bale was, nominally, a left back when he joined Tottenham from Southampton in 2007, but on Monday night, left back might have been the one spot on the field where he didn’t suit up. Bale moved forward into a left winger’s role under Harry Redknapp, but under Andre Villas-Boas, he roams freely from sideline to sideline, drifting toward the right side of the pitch before collecting the ball and running at defenders through the middle of the field. Both of his goals came off of loose balls in the center of the pitch, plays where he was able to collect the ball and quickly create a small amount of space for his left foot before firing without warning or windup. That’s a typical sports narrative — pitcher loses the fastball that got him to the majors (in this case, Bale and his speed) but learns enough about pitching that he still manages to succeed — but Bale still has every bit of his fastball to complement those breaking balls he’s picked up over time.

West Ham once produced players like Bale from their legendary Academy of Football; on Monday night, they were honoring, arguably, the most famous graduate of the Academy, former West Ham and England captain Bobby Moore. Moore, who died of cancer 20 years ago, was a cultured center back who relied on his superior instincts and technique to marshal a game from the rear. The West Ham defenders who showed up on Monday night were a far more primitive culture. The likes of James Collins and Winston Reid turned their backs at the wrong time and lost opportunities for possession, hoofed the ball out with sloppy clearances, allowed no fewer than three free headers off of corner kicks, and overexuberantly played the ball back to keeper Jussi Jääskeläinen at the slightest hint of danger, an act that was booed by the West Ham faithful, even as they were leading their local rivals in the second half. I’ve read stories about how little the Hammers supporters enjoy the smash-and-grab tactics of Sam Allardyce, but even after they created two ugly goals to go ahead, their distaste for brutal, unappealing football was clear to see (and hear).

So was their fear of Bale, which unfortunately turned out to be well-founded. A few brave ones had suggestions. “Turn him on to his right foot!” “Press him and don’t give him space!” “Kick the shit out of him!” Most of the folks around me, in a West Ham supporters section, just got quiet when Bale took the ball on his left foot within 40 yards of Jääskeläinen’s net. They’d exhale when he turned his back and even let out a few scattered cheers when he would relinquish possession to somebody else on his team. Where he ended up destroying West Ham, though, was on set pieces. Jääskeläinen bailed out West Ham with those huge saves on corner kicks, but Bale produced a goal from an early turnover, authored the free kick routine that saw a bouncing ball in the box tie the game with 15 minutes to go, and then produced his latest work of wonder in the 90th minute to seal the game for Spurs.

There was very little of the anger I’d feared with regard to this London derby strewn around my spot in the stadium, outside of a “Stand up if you hate Tottenham” chant after the second Hammers goal. As the throngs of West Ham supporters sprinted back to the Tube to catch a postgame train, they seemed mostly shocked, not angry. Is it any consolation to lose to a rival by some immaculate, untouchable product that your team has no hope of matching? Does it feel any better? And for Bale, who delivered a performance I never could’ve dreamt of seeing, can it get any better than this?