Wait, Are the Panthers … Good? 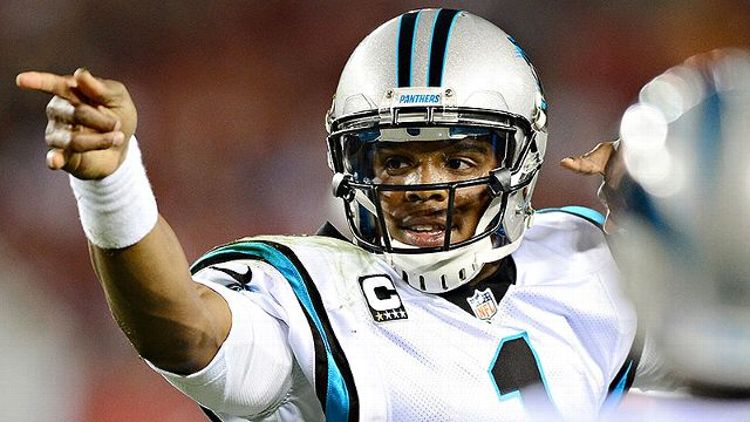 It’s tough to learn anything about a team playing against the Bucs these days, as that massive pirate ship in Raymond James Stadium has started to feel especially appropriate. Every sinking-ship metaphor works right now. The mutiny has already started. Mike Mayock said last night that the effects of a team quitting on its season may start to appear slowly and subtly, but to me it feels like we’re close to rock bottom for Tampa Bay.

Of all the teams the Buccaneers could’ve met on a national stage as their epic flameout really got going, the Panthers may be the most ironic. Greg Schiano wasn’t supposed to be the NFC South coach fans wanted out by Week 8. That was Ron Rivera. Instead, the Bucs are 0-7 and Carolina is 4-3 and over .500 for the first time in five seasons. And the craziest part? They’re even better than that.

What we’ve learned in the month and a half since is that Carolina’s 12-7 rock fight with the Seahawks in Week 1 was no joke. The Panthers followed that up with a loss in Buffalo that required a pass-interference penalty on the final play, but their only real puzzling defeat was the one to Arizona, a team that really does have a feisty defense and plays well at home. (The Cardinals were handled by the Seahawks last week, but they did beat Detroit in Glendale earlier this year.) For the most part, the Panthers have beaten up on the teams they should. Their point differential on the season went to plus-74 after the win last night, and coming into Thursday, the Panthers were sixth in DVOA. Among an uninspiring group of NFC wild-card contenders, Carolina may be the best bet.

In trying to figure out how they’ve gotten here, it’s best to start with the defense. Two seasons ago, the Panthers’ defense was abysmal. They finished 2011 dead last in DVOA and 27th in points allowed. This year, only Kansas City has allowed fewer points per game, and before last night, Carolina was third in defensive DVOA. That’s up from 11th a season ago. Some major defensive turnarounds (this year’s Saints) involve a significant shift in coaches and scheme, but for the Panthers, it’s much simpler. They just have better players, and most of those players are up front.

Back in 2011, the only above-average starter among the Panthers’ line and linebackers was defensive end Charles Johnson. That offseason, Johnson had signed a six-year, $76 million contract after posting 11.5 sacks in his first season starting in place of the departed Julius Peppers. Last year, in his second season, Greg Hardy developed into a pass-rushing terror on the opposite side from Johnson, giving Carolina one of the best duos in the league.

The problem was inside, and based on what they did in this year’s draft, the Panthers knew it. Carolina spent its first two picks in April on defensive tackles, taking Utah standout Star Lotulelei 14th overall and Purdue product Kawann Short in the second round. Based on their pre-draft evaluations, the pairing seemed perfect. Lotulelei was a run-stuffing monster who probably would have been a top-five pick if not for a heart issue discovered before the combine, and Short was billed as a master pass-rusher on the inside. So far, he has been that and more. Lotulelei has been one of the best run defenders in the league this season, and Short has added some interior push to go along with the Hardy-Johnson duo.

It helps that behind them is a legitimate superstar in Luke Kuechly. Coming out of Boston College, Kuechly seemed the safest pick in the history of safe draft picks, and that’s pretty much how things have gone.

Maybe the most impressive thing any front can pull off is helping to turn a potentially problematic secondary into a sustainable one, and that’s exactly what’s happened for the Panthers. Carolina uses five defensive backs on most plays, and it hasn’t seemed to matter whether it’s injuries, having to use undrafted rookies, or relying on other teams’ old castoffs — the Panthers have held up, albeit against a lineup of pretty mediocre passing offenses.

The defense has been excellent, but the star last night — and in the end, the player who will matter most — was again Cam Newton. Newton finished the game 23-of-32 for 221 yards and a couple of scores, but those numbers are pretty deceiving. In the second quarter, Ted Ginn Jr. dropped a perfectly thrown ball on the sideline that would’ve gone for a touchdown, and later on, another strike hit Brandon LaFell in the chest before falling to the ground.

Newton put on a typical show with his feet as well, but what I took away from last night had more to do with the parts of his game that have nothing to do with his infinite reserve of talent. Cam Newton looks cool back there right now — very cool. Whether it was avoiding the rush, progressing between receivers, or even his celebrations, everything Newton did on Thursday was done with calm assurance. He clearly has a feel for this now.

Carolina has its glaring problems. Its best receiver is 34 years old, Greg Olsen seems hobbled, the secondary is still worrisome, and the right side of the offensive line needs an upgrade. But right now, those problems are no more glaring than those of any other potential playoff team in the NFC. Chicago is without its best offensive and defensive player for the next month, Atlanta is a mess, and the Eagles’ defense is the Eagles’ defense. Detroit is probably the team worth worrying about, but right now, the Panthers look like a better version of what the Lions wanted to be — a team with a young star quarterback and a defense built around a dominant front.

It doesn’t get any easier for the Panthers from here. Over the next four weeks, they get the Falcons, San Francisco on the road, the Patriots, and the Dolphins in Miami, and two of their final four games are against New Orleans. There’s a chance that stretch proves to be too much and the Panthers end the season at 8-8 and fall short of the playoffs — but there’s also a chance they go 6-3 from here on out and earn a trip to somewhere like Green Bay or Dallas the first week of January. What matters is that no matter how it ends, this Panthers season has already gone differently than many of us expected. They’re putting something together in Carolina, and we might get a glimpse of it sooner than we thought.

What's the Matter With Manchester United?