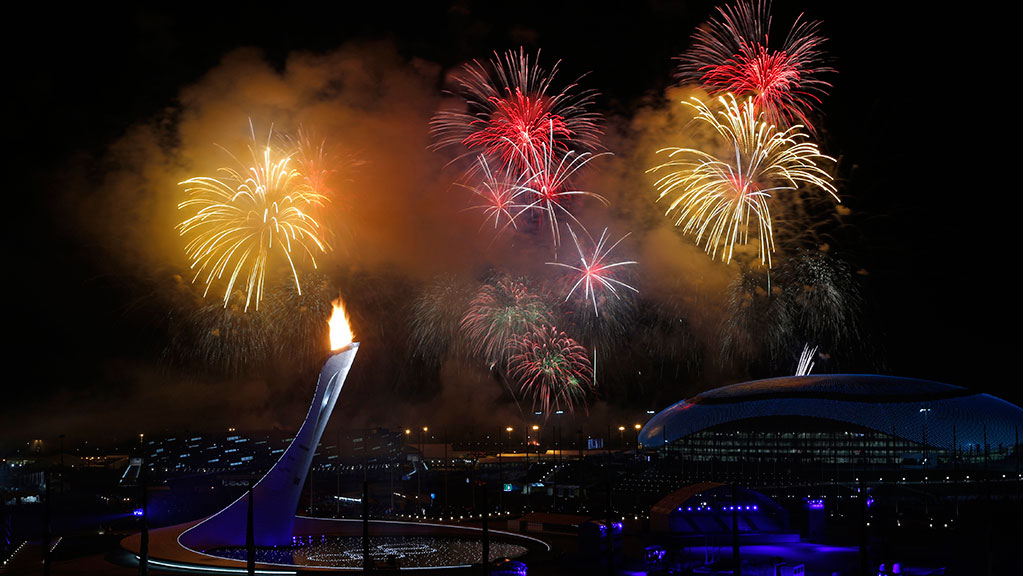 We here at Grantland know you all are very wonderful people with incredibly busy lives that don’t include spending hours following the Winter Olympics. But at some point, you’ll need to know more than what you saw in D2 and Cool Runnings, so to impress your buddies, we’ve put together the 2014 Winter Olympics Primer: Everything You Need to Know to Sound Like You Know Everything.

The Sports: What Are They?

• Alpine skiing — An athlete skis down a slope, zigzagging between gates. (Individual events include downhill, slalom, super-G, and giant slalom.)

• Cross-country — It’s like cross-country running, except the athletes are on skis. The different types are sprint, classic, and skiathlon (half classic, half freestyle). The women’s skiathlon is 15km, and the men’s is 30km.

• Nordic combined — This is the lone male-only sport at the Winter Olympics. It’s a combination of cross-country skiing and ski jumping and is both an individual and team event.

• Snowboarding — You know, that thing you do in December in Maine or Colorado, except with tricks including spins, rotations, and jumps. So imagine more of a Vans Skate Park, but instead of skateboards, everyone has a snowboard. Cross, slalom, and halfpipe were present at past Olympics, but slopestyle is new to Sochi.

• Biathlon — An awesome sport in which the athlete skis and stops at intervals to shoot at targets. Speed is key, but so are strategy and accuracy.

• Freestyle skiing — This type of skiing can include somersaults and twists and is scored based on takeoff, form, and landing. The traditional events — moguls, aerials, and cross — will be held in Sochi, as well as the newly added halfpipe and slopestyle.

• Ski jumping — The athlete starts on a hill and then takes off with a huge jump. Pretty straightforward, to be honest.

• Bobsled — A competition where athletes zoom down a track in a bobsled, with the fastest being crowned the winner. A “pilot” at the front is charged with steering and braking, and bobsleds can reach up to 150 kilometers per hour. I’ve never been in a bobsled, much less competed in the Olympic event, but I’d think it’d feel something like riding in a roller coaster straight from Hell.

• Figure skating — If you don’t know what the premise of this sport is or the names Sarah Hughes, Michelle Kwan, Tara Lipinski, and Kristi Yamaguchi, you are a disgrace to America (unless you’re from a different country. Then, well, I guess you get a free pass). Oh, and there’s men’s figure skating and team figure skating, too.

• Luge — A frightening-looking sport in which the athlete lies down on his or her back on a speeding sled with feet down first. The goal is to be as aerodynamic as possible and reach the finish line as fast as possible.

• Skeleton — Sort of like the luge, except the athlete lies on his/her stomach headfirst. Same idea, same goal. And did I mention that speeds reach 140 kilometers per hour? Yep.

• Curling — If you’ve ever played shuffleboard, curling is much the same idea, except on ice, with more people, and with bigger stones. Basically a team member sends a stone toward a target (the “house”) on the other side of the curling sheet and other team members use brooms to slow or speed up the stone by brushing the area just ahead of it.

• Hockey — Pretty simple concept. Get the puck in the net, and the more pucks in the net, the more likely you are to win. Great.

• Short (and long!) track speed skating — The key is to skate, skate, skate as fast as you can on an oval-shaped track.

• NBC has rights to the Olympics again this year, and they will be playing tape-delayed on your television set because of the time difference (+9 hours from ET). What does that mean? You’ll get to see Bob Costas’s smily, shining face, and his dreadful, terrible eye infection.

• Three athletes from India will be participating in this year’s Olympics, but not under the country’s name. There will be no Indian flag present at the opening ceremony because of some political, corruption-related stuff within the Indian Olympic Association.

• You’ve seen the #SochiProblems hashtag and the accompanying photos, but did you know some of them are fake?

• We used to have a Tumblr of Kim Jong-il looking at things. Now we have Vladimir Putin Staring at Things. You’re welcome.

• One last thing that is slightly creepy and unnerving but also a little bit cool is a digital building in Sochi that makes 3-D selfies. Click the link for a video demonstration and prepare to cringe. 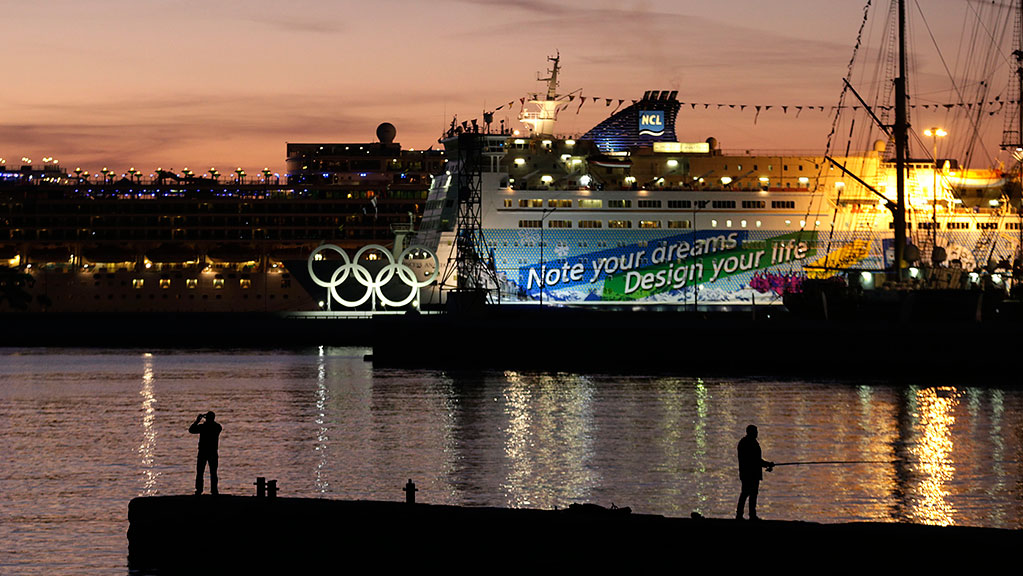 • Here’s the full schedule with the live time of the events (all on NBCOlympics.com)

• Here’s the full viewing guide on NBC/NBC Sports Network/MSNBC. We’ve highlighted some of the events below.

It just doesn't get more real than this. Let's stick it to the man @USOlympic http://t.co/JWudYCW8yK

• A pair of American ice dancers

• And, of course, @SochiProblems