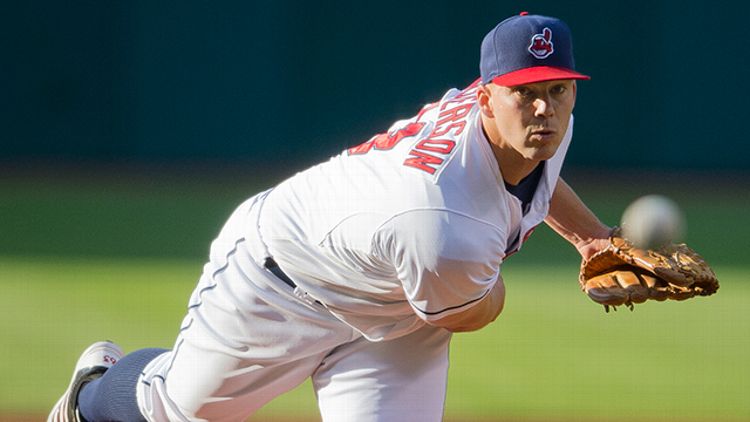 An underachieving team full of stars, a fringe contender hanging around, two also-rans with heavy incentive to sell, and a post-blockbuster team in limbo. Don’t sleep on the AL Central as the trade deadline approaches, or even five weeks before.

The Tigers are tied for the worst winning percentage in the majors in extra-inning games, dropping to 2-8 in those contests after Thursday’s 10-inning loss to the Angels. The temptation, then, would be to say that Detroit’s problem is its bullpen. But that’s not entirely right.

The closer spot has certainly been a problem. The expected Opening Day closer, rookie Bruce Rondon, has spent the majority of the season in the minors. His replacement was Jose Valverde, summoned to claim the job for no other tangible reason than he was once a good closer — even though everything from velocity trends to declining peripherals to the horror show that was last year’s playoffs should have inspired the Tigers to run in terror. The good news is Valverde has been exiled to Triple-A and isn’t likely to throw any more high-leverage innings in the big leagues this season. And the bullpen mates he left behind are actually pretty good. Joaquin Benoit is the team’s new closer, bringing his excellent slider-changeup combo and near-4-to-1 strikeout-to-walk rate to the role. The pen’s biggest asset has been Drew Smyly. FanGraphs’ Dave Cameron did an excellent job breaking down what Smyly has meant to the Tigers this year. The gist? He’s been an old-school fireman, coming into games based less on the inning and far more on the situation, often when Detroit needs to escape a jam. Since Smyly’s pedigree until this year was primarily that of a starting pitcher, manager Jim Leyland has had no problem using Smyly for multiple innings at a time, which has worked out great.

Still, the Tigers are reportedly hot on the trail of a new closer, and that’s fine. There’s an argument to be made that eighth-inning guys have it tougher than closers do when it comes to matchups, and that your top setup man should thus be an elite arm. Whatever your philosophy, acquiring another quality reliever to handle the ninth would bump Benoit back to the eighth, and suddenly give the Tigers one of the best bullpen trios in the majors. Given how few weaknesses the lineup has (Victor Martinez started the season terribly but is now starting to hit) and the rotation being the best in the big leagues, giving up decent young talent to bolster the ninth makes sense.

They’re on pace for fewer than 90 wins, they’ve dropped three in a row, and they’re one Indians winning streak away from having their first-place status disappear. But given how much star talent they have, the Tigers are still my pick as the best team in baseball. Another arm, combined with some expected positive regression, and their record will start to reflect that.

Only the Brewers, Padres, Jays, Astros, and Orioles have garnered worse fielding-independent pitching than the Indians. This was very much expected. Even with the acquisitions of Michael Bourn and Nick Swisher over the winter, the Indians’ pitching figured to disappoint, likely leaving Cleveland to another mediocre season.

What people didn’t expect was for Cleveland to sit just 2½ games out of first place just before the halfway point of the season, even with several pitchers struggling badly. Or that the bigger problems would lie in the bullpen, not the rotation. After brief dalliances with Carlos Carrasco, Trevor Bauer, and Brett Myers that all ended poorly, the Tribe is now trotting out Justin Masterson, Corey Kluber, Ubaldo Jimenez, and Scott Kazmir as their top four starters, with Zach McAllister hopefully back within the next month. And it’s actually kind of working. Masterson has bounced back nicely from his mysteriously lukewarm 2012, posting a career-high strikeout rate. Kluber’s been a hugely pleasant surprise, striking out more than five batters for every one walk. And while Kazmir has experienced his share of struggles, starts like Wednesday’s, when he took a no-hitter into the seventh, would have seemed unthinkable at the start of the season given he’d made exactly one start in 2011 and 2012 combined.

The bullpen is another story. Chris Perez was unfathomably bad (6.17 FIP) before landing on the DL. His previously reliable replacement, Vinnie Pestano, has seen his fly ball tendencies come back to bite him with nearly two homers allowed per nine innings. Lefties Nick Hagadone and Rich Hill have both walked the world, as has righty Matt Albers. In a nutshell, Cody Allen, Bryan Shaw, and Joe Smith have fared well, and everyone else has been lousy to downright terrible.

If you’re hankerin’ for someone like Jonathan Papelbon, slow your roll. First, the Indians will need to make an honest assessment of their team and the likelihood of a playoff run; even though they’re hanging close to the Tigers, the talent gap between the two teams is substantial. They also need to acknowledge the possibility that their rotation’s relative competence might be fool’s gold, and that a real contender probably needs to do better than Jimenez, Kazmir, and whoever they decide to plug into the rotation’s fifth spot. The best-case scenario would have the Indians acquire a capable starting pitcher who’d actually offer at least a couple years of service time, so that the team could benefit beyond what may well turn out not to be a playoff season.

We bring this up not to besmirch Brett or his methods, but rather to point out that — acknowledging relatively small sample sizes here — KC’s hitting woes run deeper than whoever’s supervising the cage. Royals hitters rank 27th in walk rate and 20th in on-base percentage, problems that have persisted for a long, long time. Which is a damn shame, because the offseason acquisitions of James Shields and Ervin Santana have worked out brilliantly, at least in the short term.

Longer term, there’s a good chance they’ll regret sending away top outfield prospect Wil Myers in the Shields deal, given the big right-hander is set to become a free agent at the end of next season, while Myers won’t be eligible to bolt until after the 2019 campaign. There’ll probably be some temptation to go to the well again and try to trade more young talent for win-now help, especially with the Royals already boosting their payroll significantly and the likely increased pressure on GM Dayton Moore and manager Ned Yost to produce a winner now that that’s happened. That would be a mistake. The Royals have too many lineup holes and are likely too far behind the AL’s elite to make a playoff run this year. But if they insisted on giving it a go, here’s a suggestion: Nate Schierholtz. He’s put up better numbers this year than any of KC’s regulars (.289/.339/.555), he’d be a huge upgrade over David Lough as the better half of a right-field platoon, he’d offer one more year of affordable team control after this one, and he probably wouldn’t cost an arm and a leg.

They should be sellers. The question is, whom will they be willing to sell?

The Twins already did some aggressive selling over the winter, trading Denard Span and Ben Revere for young starting pitching, in the hopes of addressing what’s been their biggest weakness since … not long after Johan Santana left, really. Picking through what’s left, you’ve got:

• Glen Perkins, who’s emerged as one of the most dominant relievers in the game. But you get the sense that the Twins won’t want to trade him.

Other than a spare arm or two, that leaves Josh Willingham as the most likely piece of trade bait. Problem is, it’s a year too late. Willingham put up huge numbers in the first year of his three-year, $21 million deal. But instead of recognizing that a 33-year-old outfielder wasn’t going to do much to help the playoff chances of a team at least two or three years away from contention, the Twins held onto him for another year. Heading into Thursday’s game, he was hitting just .219/.352/.393, making him a marginal trade commodity compared to where he was a year ago. Don’t be surprised if the Twins stay fairly quiet between now and July 31 …

… the White Sox, on the other hand? Get ready for some deals.

With Rick Hahn wielding a very different management philosophy than his predecessor used to, there’s a sense that the White Sox will be far more proactive in cashing in veterans to rebuild what’s still a weak farm system. Alex Rios would instantly become one of the best players on the market if Chicago does plan to deal him. Ditto for Jake Peavy, assuming he can make it back from a rib fracture and string together a strong start or two before the deadline. But there are hidden gems here, too, led by Jesse Crain, who owns a 0.52 ERA and a 4-to-1 strikeout-to-walk rate, and leads all major league relievers in Wins Above Replacement.

With the minor league pipeline so barren, they needn’t be picky about the types of prospects they’d acquire, either. Starters to eventually slot in behind Chris Sale, infielders, outfielders … the Sox need it all, and have a golden opportunity to fill some of those needs right now.

Among the Boobirds at David Stern's Final NBA Draft