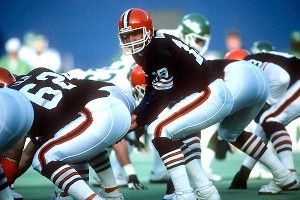 I never want my eBay searches made public for all to see. I’m not ashamed of my queries, but it would just take a significant amount of time to explain some of my searches. My weekly “96 Olympics” search shouldn’t raise too many red flags, but “No Limit Tank,” “JNCO White Denim,” and “God Shammgod” are bound to incite confusion and/or fear. Looking at someone’s eBay searches isn’t as invasive as stumbling onto a person’s iTunes “25 Most Played,” the undisputed champ of vulnerability and embarrassment, but it’s awfully close.

I bring up all of this because Grantland Editor-in-Chief Bill Simmons spent some time on eBay the other day and made the foolish mistake of sending his findings around. Apparently because he thought the things he stumbled on were cool. This is a mistake, because the things you think are cool on eBay are never cool to the majority of the population. Never. These seven items that Simmons found are no different.

This is fantastic. A signed Hulk Hogan shirt, with cartoon Hulk staring down cartoon Tiny Lester, a.k.a. Deebo from the Friday trilogy. Even though in my fantasy world Simmons was searching for “Deebo” shirts, I think the angle was actually Hulk Hogan, which I completely respect. I am strongly considering outbidding Simmons for this, and if not, convincing him to get it in the hopes that it doesn’t fit that well and he’s forced to give it away. Rude and selfish, I know, but this shirt is unreal.

A weird item, but I have no real problem with this. I don’t know if this was meant to be a search for a specific old baseball to mount as memorabilia or just a cool old baseball to throw around with the kids, but I support it either way. Since I’m under the completely unverified assumption that Simmons has bid on all of these items, I think $33 is a reasonable amount for me to bid on a scuffed, discolored, cool-looking baseball. Even though the description of the ball “IT IS REALLY NEAT AND DEFINATELY OLD” is awfully suspect, I still trust that it is. I hope he gets this one.

On the surface, this is an awesome find. Anything Ali-related is great, so this could be a solid addition to Simmons’s collection of cool stuff. There are a few red flags, however. I have a strong suspicion that he found this not from an “Ali” search, but a “Spinks” one. It would take a while to sift through Ali items on eBay before you found this, but type in “Spinks” and it’s the third item listed. Something about searching for Spinks memorabilia in your free time doesn’t sit well with me. Secondly, while the event is historic, the actual poster is kind of lame. It’s the type of item I’d brag about having, but never actually show anyone because the sight of it is sort of a letdown. If it stays around the $20 to $30 region, though, it’s not a waste of money.

Just in the title, there are six things that are upsetting about this:

This is troubling because you don’t just stumble on this jersey. You go out of your way to find it. You wake up in the morning, go to your computer and say, aloud, “I want a Big Country Reeves jersey. I just hope it’s under $1,000.” As a punishment, I hope Simmons bids as a joke, ends up winning, and then is stuck with this haunted jersey for the rest of his life. Bill, these are the searches you keep to yourself. No one needs to know about this.

So I have a theory about these worthless shoes and this post: Simmons is the one selling them and he’s trying to get someone to buy them (note the zero bids). Just look at the description of the shoes:

Buck Williams game worn shoes from the 1982-1983 season. These are the super rare Pony’s that he wore early in his career with the New Jersey Nets. I got these from him in the vistors locker room in the old Mecca Arena when the Nets played the Bucks. I got to be friendswith him through the mail and I will be listing many more items from him. In the locker room it was myself, Buck Williams, and Darryl Dawkins, it was awesome. Instead of signing the size 15 1/2 shoes, he signed the December 1982 Basketball Digest on the cover and on the inside with the article- see pictures. These are the same shoes worn in the picture on the front cover. He signed the cover – Your friend, Buck Williams. These shoes have been stored almost thirty years now and I want someone else to enjoy them.

This story screams “I was a preteen and snuck into the locker room because I love basketball and got Buck Williams to sign some stuff for me and give me his shoes and it was so cool and then he became my best friend … through the mail of course.”

No one buy these from Simmons. No one. They aren’t cool. They are Buck Williams’s shoes. Save your money, go on a trip, or invest in your community or something. Don’t let Simmons make 500 bucks off you.

Sometimes things are “VERY RARE!!!!!” because they never should have been made. This is one of those examples. The fact that this has risen from 99 cents to $6 is disgusting. I don’t even want to talk about this anymore. It’s making me upset.

There are a lot of things I dislike about this. For one, $40 for a piece of Bernie Kosar memorabilia seems absurd. Secondly, while he looks moderately cool in the poster, the ad campaign couldn’t be worse. Yes, the top says “No Brain, No Gain,” but the real gem is at the bottom:

A strong arm and quick feet are OK, but to really move the football, Bernie Kosar uses his head.

That’s just the worst. This isn’t something you want hanging in your house. I promise. A home where joyous occasions are had and children are raised in 2012 is no place for Kosar’s Jheri curl to be taking up precious wall space and scaring the guests.

Filed Under: Rembert Browne, Things On the Internet