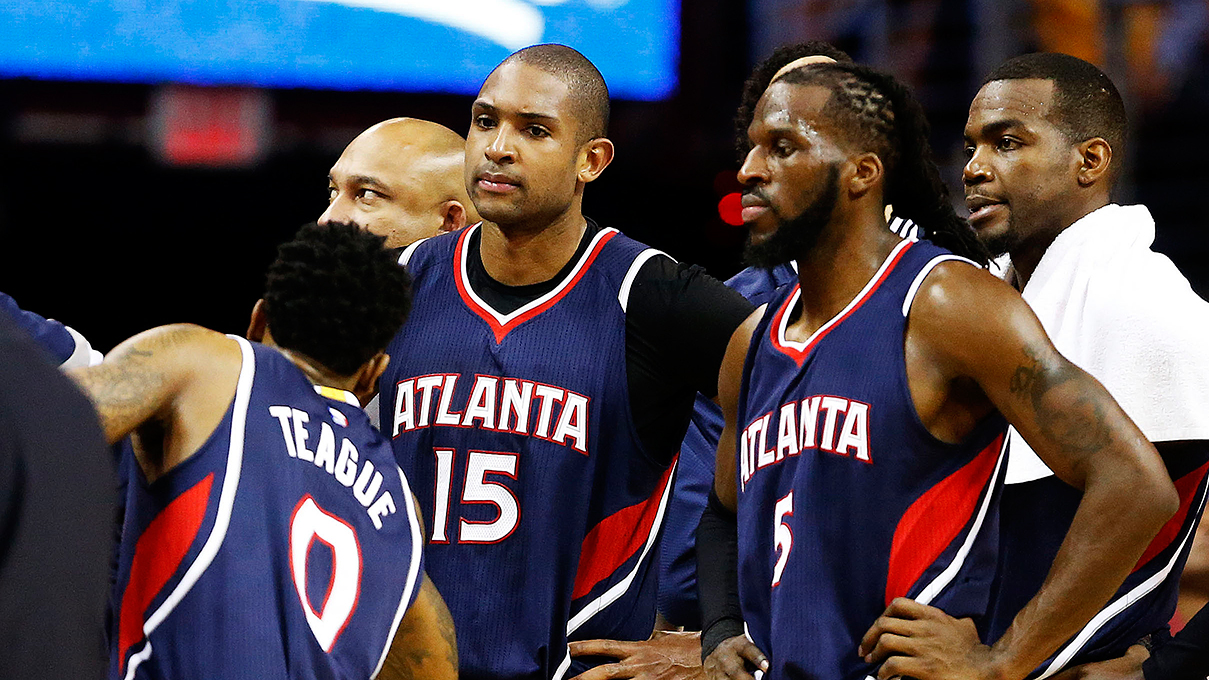 There was a moment in Game 4 of the Eastern Conference finals — a brief moment — when I thought the Atlanta Hawks would win the game, and then rattle off three more wins, and then make the NBA Finals, and then win the NBA championship. Once that moment ended, it never returned. I couldn’t make myself believe. That’s when I knew the Hawks’ season was over.

My eyes and my heart told me to blame the players. And that wasn’t hard — what I was seeing on television was cringeworthy. Looking for people to blame turned into sadness, which turned into anger, which eventually settled into a nice stew of embarrassment, where it remained for the duration of the evening. I wasn’t just embarrassed about the performance I saw, but I was embarrassed they were able to get everyone’s hopes up, to get us to believe.

Sixty wins. That’s the stat that will haunt these Hawks. It was the most successful regular season in franchise history. Reaching 60 made these Hawks impossible to ignore. That 60 is what turned some staunch critics into hesitant believers, some casual fans into trash-talking diehards. That 60 is what made the team’s success feel like more than a fluke. But ultimately, that 60 will be the defining proof for many that the regular season doesn’t matter, and that you can’t trust the Atlanta Hawks.

Sneaking into the playoffs and eventually losing would have done nothing to change professional basketball in Atlanta. There’s nothing worse than indifference, a season defined by meh, bookended by moderate fanfare, moderate expectations, and moderate sadness in defeat. But again, that 60 — it changed everything. It made everyone think, for once, to steal a slogan from the Washington Wizards’ playoff run, Why not us? That thought created a delusion that, for some time, became a reality.

Atlanta got a Summer Olympics. And not just any Olympics, the Centennial Games. Atlanta, Georgia. It was the biggest moment in the history of the once-burned-down former railroad town. Years of planning, preparation, and anticipation led to a moment that was supposed to prove Atlanta’s legitimacy.

And the haters, they were there. And they were ready to pounce. Like Daniel Webster once said, arguing before the Supreme Court, “I know not how others may feel, but for myself, when I see my alma mater surrounded, like Caesar in the senate house, by those who are reiterating stab upon stab, I would not for this right hand have her say to me, ‘Et tu quoque, mi fili.”

Unfortunately, he was not arguing on behalf of Atlanta in 1996. And after eight days of impressing the public, doing everything necessary to prove itself a worthy Olympic host, there was a bombing in the middle of Centennial Olympic Park, permanently marring those Games, adding yet another chapter to the mystique, the curse, the despair of sports in Atlanta.

Destruction and rebuilding are central to the Atlanta mythology. The city’s crest bears a phoenix rising from the ashes. The DNA of the city is heartbreak, and then figuring out how to bounce back the next morning. But heartbreak doesn’t come from an appearance in the playoffs followed by a hard fight and a quick exit. It comes from believing your team is finally ready to contend for an NBA championship, getting close enough to see the tunnel, hearing a rumor that the tunnel ends with a ray of light, walking two steps into the tunnel, and having it collapse on you. Heartbreak is getting dismissed from the Eastern Conference finals in the minimum amount of time.

Watching the conclusion of the Eastern Conference finals, it looked like the Hawks gave up. That’s what I saw. But I’m a fan, not a sportswriter, so I take in what I’m being presented, in the moment, react accordingly, and then analyze rationally later. If I’m being rational, I will say this: Quitting implies some degree of privilege, a privilege these Hawks have never known.

The Hawks did not give up. They died. And they died ugly. What I saw was a team that could no longer overperform, because so many could not even perform. Their dependence on each other was what got them to 60 wins, but if you looked around in the playoffs, that team was barely there. Bringing up Thabo Sefolosha’s broken fibula, a hobbled DeMarre Carroll, an incapacitated Kyle Korver, an ejected Al Horford, and a Paul Millsap who’s been either ill, one-armed, or both since at least the Wizards series sounds like invoking a series of excuses. And they are, in a vacuum, because every team is plagued by serious injuries.

If I’m being rational, I go back to being a fan. Watching us go out like that — watching Shelvin Mack leave Game 4 in a sling — it made that 60 really mean something. It made it less embarrassing to have believed. And it supported all the pride that I carried all season. These players killed themselves for that 60, but they simply fell apart a few weeks too early. There are a variety of ways to assemble a basketball team, and this season, what brought us success is ultimately what became our downfall –starless team basketball. There’s no shame in that; this method simply didn’t have the legs to make it all the way this year.

In dramatic defeat, however, it was this year that the franchise finally became a mirror of its town. We got destroyed, so we’re already halfway there. Now it’s just time to rebuild.