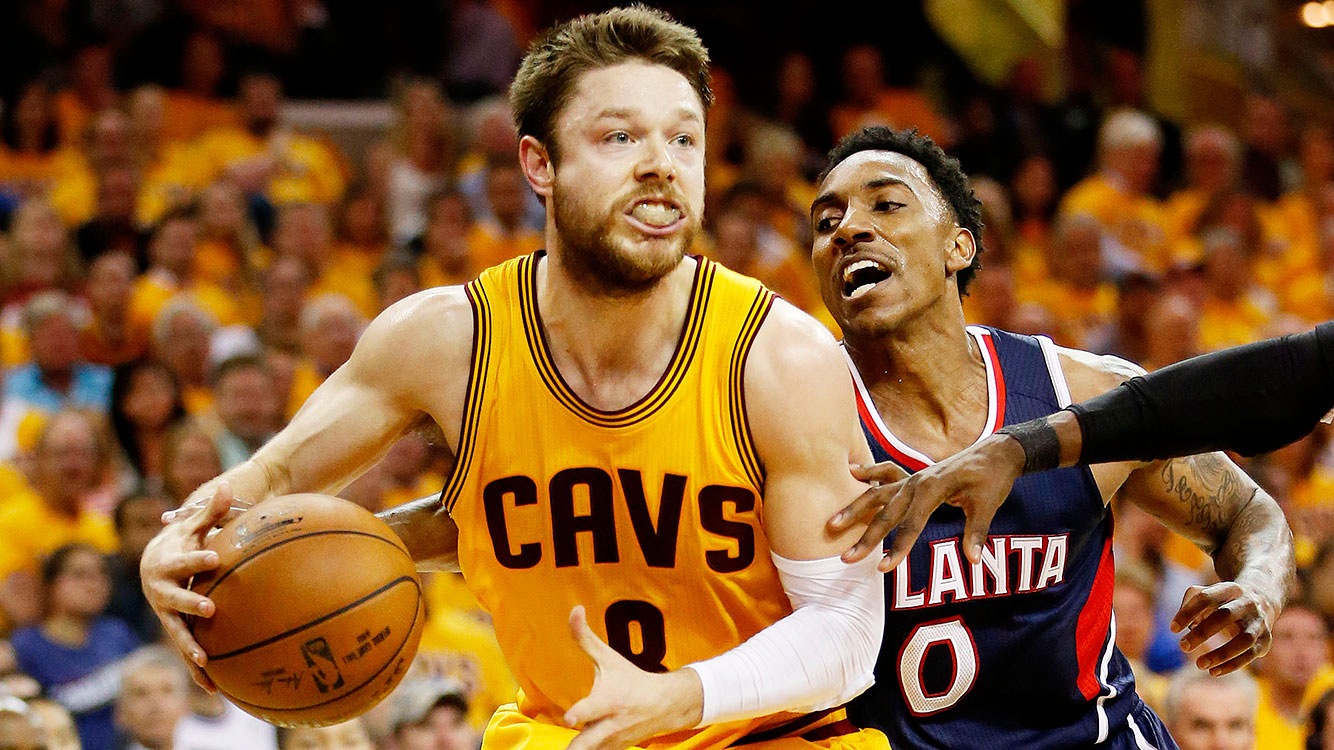 See, everyone on that team has a thing: LeBron James is the closest any of us have ever come to seeing a rhinoceros stand upright and dominate a basketball game. Kyrie Irving, when both of his legs are functional and he’s teleporting through the atmosphere, is brilliant, too. Tristan Thompson rebounds the basketball at a level of mania that I will never completely grasp but will always appreciate. A J.R. Smith 3-point attempt, make or miss, contains a level of excitement matched only by watching an eagle riding a motorcycle across the clouds. Timofey Mozgov, far as I can tell, is a human version of the Iron Giant. James Jones is a sleepy savant. Iman Shumpert is Iman Shumpert.

Delly, though, doesn’t have a thing. He’s too small, too slow, too uncoordinated. He dribbles weirdly. He rebounds weirdly. He jumps, but only barely. When he shoots — oh my word — it looks like an unfolding tragedy: He rises a few inches off the ground, his neck disappears into his chest, and his shoulders look like they’re trying to whisper into his ears. His head tilts off to the side, his elbows splay outward, and then he flings the ball with both hands, as his elbows come springing back inward with a little too much velocity. I don’t get it. I don’t understand any of it. But I love it all.

In Game 6 of the second round of the playoffs — for sure the biggest basketball game Delly had ever played in — it felt like he scored 1,000 points and had 600 rebounds as the Cavs eliminated the Chicago Bulls.1 It was a beautiful performance and also an important one, especially as Kyrie’s injuries have slowed him down over the past few weeks.

I suppose a comparison could be made here to Booby Gibson during the 2007 playoffs when LeBron was powering the Cavs to their first Finals. But Booby was mostly a bit player who happened to have a big moment. Delly is a big player; he just happens to have a bit player’s talent.

You already know what happened over the weekend. In Game 3 of the conference finals, Dellavedova either fell or jumped or did a little of both into Al Horford’s right knee as the two tumbled toward a loose ball. Understandably upset, Horford allowed himself to fall on Dellavedova. He didn’t quite Hulk-smash an elbow into the side of Dellavedova’s head, but he definitely touched him up a tad with it. When the play happened, I felt a combination of admiration and confusion.

I admired Horford’s semi-restraint. Several years ago, I was playing basketball and dove after a loose ball, and another guy recklessly (I felt) dove into me. The inside of my left knee exploded into a trillion tiny pieces when he landed on it. I felt it all snap and immediately knew something was wrong. I was so scared that my first reaction was to jump up and scream mean things loudly and attempt to break his arms.

After we were separated, I tried to walk it off. The innards of my knee felt like how it’d feel if you put a bunch of screws and bolts in a plastic bag and shook it around. I didn’t cry, but I also didn’t not cry. When they showed the Horford replay over and over again while the refs tried to figure out if they should eject him, I couldn’t stop thinking about this. Horford didn’t deserve to get ejected; if anything, he deserved an award.

In the minutes, hours, and days afterward, the discussion turned to whether or not Dellavedova was a dirty player. I scoffed at the accusation initially, but then the commentators went back to the play in Game 2 when Dellavedova dove after a loose ball and rolled up on Kyle Korver’s very valuable right ankle. Then they ran back a play in the previous series when Dellavedova, while lying face-first on the ground, very deliberately locked legs with Taj Gibson. It felt like in The Usual Suspects when the detective realizes he’s been talking to Keyser Söze the last hour and a half.

The series is over, and it ended without any more incidents between Dellavedova and anyone on the Hawks. With the Cavs on the way to the Finals, I’m excited to watch Shump and J.R. and Mozgov. And who doesn’t want to watch LeBron against the Warriors? But I’m also excited to see what Dellavedova does on the NBA’s biggest and brightest stage. He’s still interesting, but after what happened with Korver and Horford, he’s a different kind of interesting. I don’t know if I’m supposed to root for him still or not. I suspect “yes,” but I can’t say for sure. Here’s what I do know: He finally found his thing.