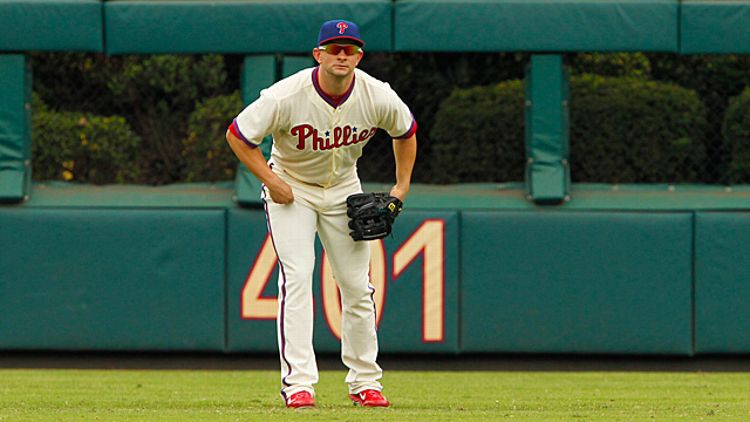 Wells is far from the most tragic figure in the game. His highs were never as high, nor were his lows as low as those of, say, Matt Bush.

Wells is part of baseball’s proletariat, a 14th-round pick out of tiny Towson University in Maryland. Like many other small-college, spare-part outfielders, he toiled in the minors some, came up to the big leagues in his mid-to-late 20s, hit OK for a while, and then bounced around. He was a makeweight in the infamous Fister-Furbush trade of 2011, and in a year and a half with the Mariners, he posted almost exactly a league-average OPS+ of 101. But at the start of his age-28 season, Wells found himself on waivers, then headed to Toronto. That was April 10. On April 22, after having not even appeared in a game, he was sold to Oakland. He appeared in three games and made five outs in five plate appearances. On April 29, the Athletics sold him on again, this time to Chicago, where he played 38 games and hit .167 for the White Sox.

Then, on August 8, Wells found himself headed to his fifth organization in four months. By the time he got to Philadelphia, Wells had become a punch line, a hapless nomad, the definitive replacement-level outfielder, bouncing from city to city, staying for as long as there was a need for a right-handed outfielder, and not a moment more.

In each of those five cities, Wells was greeted by new fans. And in each city, those fans labored under the assumption that they were the first to notice that their team’s new fifth outfielder shared a given name with a fabled cartoon friendly ghost. And so the jokes swirled around and around, following Wells across the country like a plague of locusts, until, on Saturday night, his season hit rock bottom.

That night, the Phillies and Diamondbacks played a seven-hour, 18-inning game. The Diamondbacks jumped out to a 6-0 lead. The Phillies tied it at seven in the eighth inning, and for nine more innings, both teams ground against each other like the surf against the rocks — between the two lineups, there were 28 walks and more than 700 pitches seen. Both bullpens went empty and both teams went to the next day’s starter.

By the time the top of the 18th came around, and new Phillies manager Ryne Sandberg had run out of pitchers, Wells had batted eight times and made seven outs (four of them on strikes) against one walk. He was playing like the doomed.

But then he took the mound, and all that changed, at least for a moment. Wells had not only pitched in college, but even briefly made an appearance on the mound for the White Sox earlier in the summer. Called upon to close out a 19-10 loss on June 28, Wells allowed only a walk in a scoreless inning, punctuated by a strikeout and a popup.

I love watching position players pitch for the fish-out-of-water aspect. The last time the Phillies sent a position player to the mound before Saturday was in 2011, when Wilson Valdez threw a scoreless inning and recorded the win in a 19-inning game against the Reds. I was in the ballpark that night, and it is by far my favorite memory of a live sporting event. Valdez was very good for a shortstop on spot duty, hitting 90 a couple times and throwing a Frisbee slider. But he was lucky — Jay Bruce and Joey Votto almost took him deep. Even the best position players turned pitchers tend to struggle.

But not Wells. Not at first. He was magnificent, topping out with a low-90s fastball and mixing in an 83 mph changeup, to the chagrin of Cliff Pennington and Tuffy Gosewisch, who were set down on 11 largely uneventful pitches. Then, a borderline two-strike call against Tony Campana went the wrong way, and that one moment of glory for Wells turned into a crisis.

After those first two outs, Wells allowed the next six men to reach, surrendering five runs. In an instant, that one moment in the sun for a player who’d hit .128/.188/.149 across three organizations turned into an even greater embarrassment.

And now he’s losing his sight.

Yesterday, Wells went on the DL with vision problems he believes stem from offseason LASIK surgery. Wells is experiencing dry eyes and blurred vision at the plate and in the field, and neither contacts nor goggles seem to help. This is literally something that would happen to the object of an ancient fable.

Casper Wells isn’t a tragic figure. He’s committed no great obvious sin, nor did he reach the heights of hubris that felled such legendary tragic figures as Achilles and Agamemnon and Richard Nixon. He was just a normal ballplayer, who has lived out the athletic equivalent of the 10 plagues all year.

May his suffering end soon.