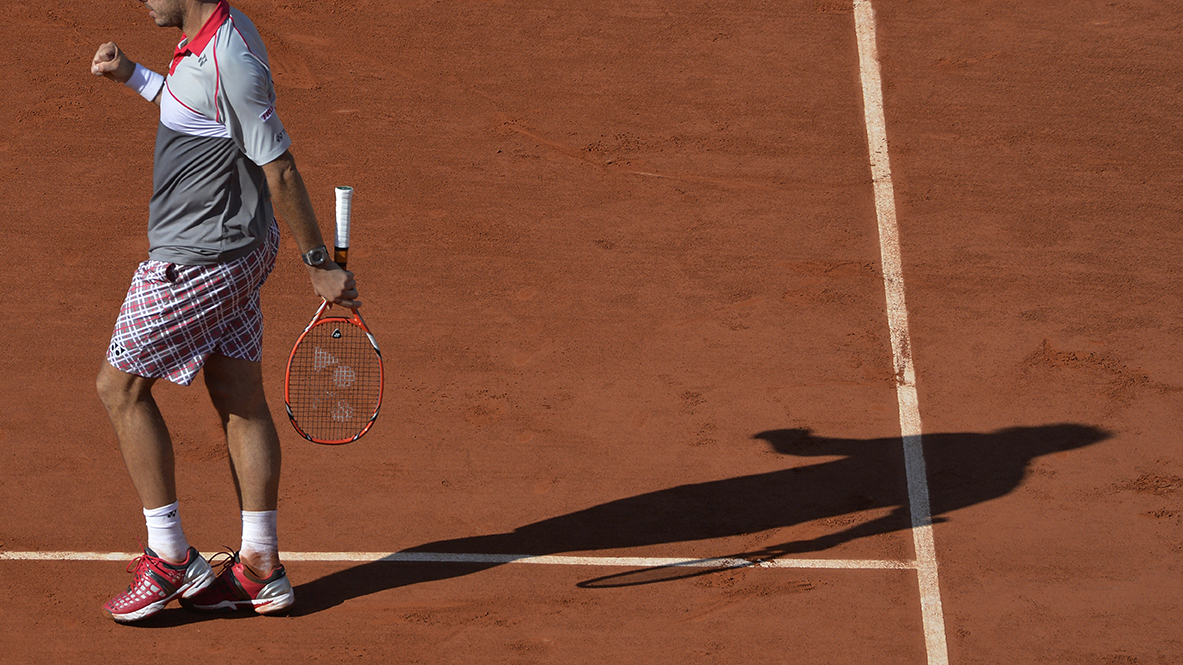 Roland Garros came to a rousing conclusion last weekend. Serena Williams made it to her 20th major win, this time from the sickbed. Stan Wawrinka stampeded his way to a second major title, seemingly from his couch. The stylists didn’t invade the tournament so much as the apparel companies monopolized it. Nike put its players in blasts of bubble-gum pinks and soft-drink purples. Adidas went with black. When two Nike players faced off, it was like watching shades of lipstick be passive-aggressive with each other. When a pair of Adidas players met, it was like two chess pieces confusing the point of the game. 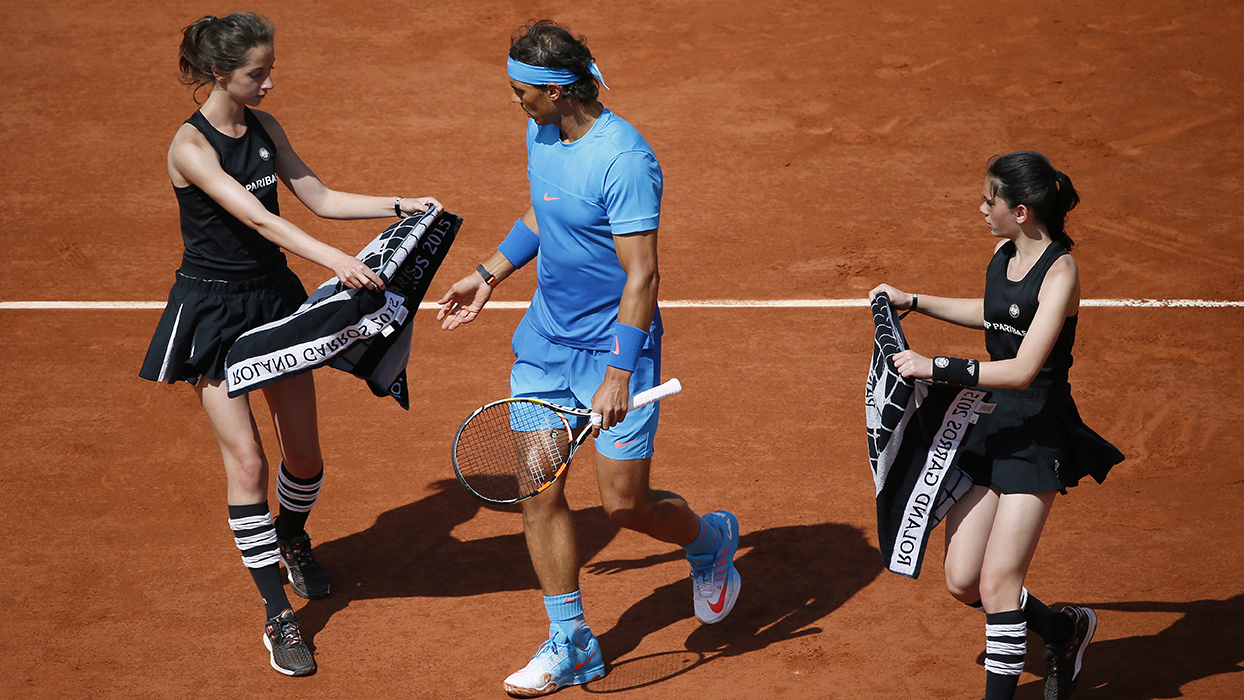 Adidas dressed the ball boys and girls in similar clothes, which, given the many hours of heat and sun, counts as premeditated attempted murder. The girls’ version required a short, frilly skirt and white knee-high socks, which made them look like gangs of Lolitas. The American veteran Bethanie Mattek-Sands (who won the ladies’ doubles title with Lucie Safarova, who was this year’s singles runner-up and is sponsored by Nike) has worn intimidating versions of the same outfit, but with eye-black and tattoos. It’s terrifying to say, but it was as much Mattek-Sands’s year in Paris as it was that of any of the winners.

It looked at first like Wawrinka, from Switzerland, would remain among the losers, whether or not he kept demolishing the field. It’s no longer a secret: He spent two weeks playing in a pair of long, loose gray shorts, by Yonex, with a pattern of red and white gating. Sadly, it was the garment of the tournament. There was hope that the champion there would have been Maria Sharapova’s French Breton stripes and the accompanying pleated skirt in Yves Klein blue. If you’d already lowered the volume on your television to escape her shrieks, Sharapova looked bound for the beach in a silent movie. But she crashed through Safarova’s trap door in the fourth round.

This meant three more rounds for Wawrinka to consolidate international ridicule with those pants. They lacked structure. They lacked style. If seeing them brought to mind boxer shorts, they lacked decorum. He wore them with a shirt in solid, blocked panels of white and two shades of gray, with fruity red piping and a matching collar. The relationship of one garment to another was theoretical, since the shorts made a perfectly whatever top seemed incongruously boring. 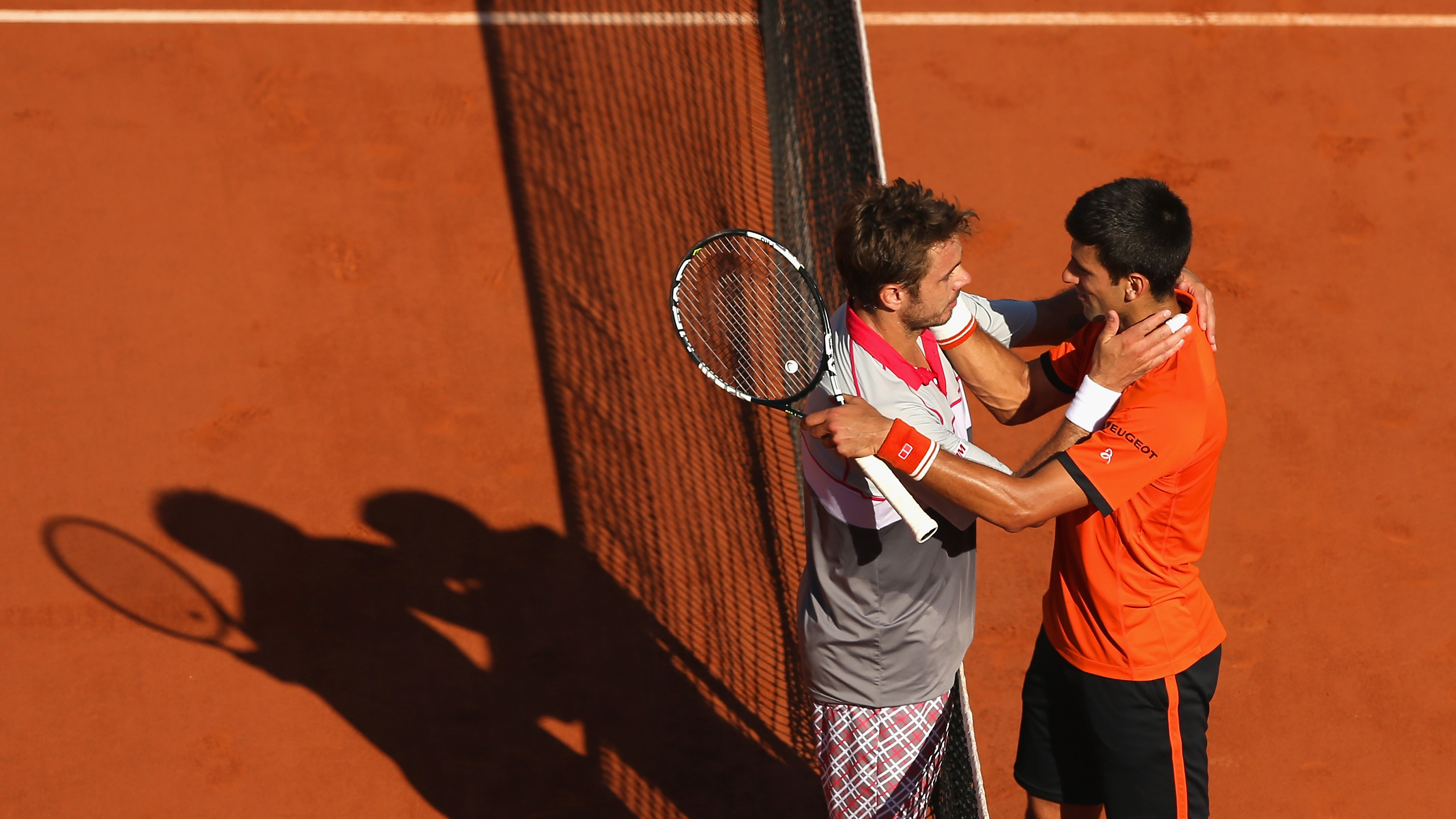 In the last four years, Wawrinka has come into his own — lasting into the second week of majors, often in four- and five-set matches, many of which are great, some of which are classics. His bullish power stunned Rafael Nadal in the final of last year’s Australian Open and did the very same to Novak Djokovic this past Sunday. Wawrinka’s body seems larger and more lumbering — chesty, wide-backed, slump-shouldered — than it actually is. There are tattoos (something inspirational, in English script, visible on his inner forearm). He’s sweaty, even for an athlete. His complexion is rugged — off-pretty but off-handsome, too. The years he spent in the shadow of Roger Federer, his friend, countryman, and Olympics doubles partner, also seemed to apply to his looks. He once appeared to have only some of Federer’s legendary talent and none of his frowning beauty. But a simple white dress shirt recasts Wawrinka in elegance. Winning the French Open does, too, given the number of times after the match he gently caressed Djokovic’s face in appreciation and apology.

But those shorts. They were a thing. And the thing they were was quite bad. Often men make the mistake of thinking that boldness is a form of cool. See this popped collar, these board shorts, my barely laced dock shoes, this pair of Ray-Bans that have been on top of my head ALL BRUNCH? I’m the shit ’cause I don’t care. The scientific genus of this man is ridiculous bro. He’s drunk on the golf course and thinks using Uber during a surge is a sign of strength. Only his fellow tribesmen fail to find him embarrassing. If Sunday was your first time watching Wawrinka hunt down and slay tennis balls, you might have presumed him to be a ridiculous bro. And the reason was the shorts. They conferred upon Wawrinka a measure of cluelessness. For one thing, on television, with the orange clay as a backdrop, the red and white in the shorts ran pink, so that he resembled someone who didn’t get laundry.

You could see on Sunday that these are dull, overdetermined times for style in sports, particularly for men. All anyone cares about is encasing their skulls in the absurd elitism promised by a pair of Beats. LeBron James is so committed to winning that his pre- and postgame attire consisted of sweats. And the less said about Iman Shumpert’s misapprehension of A Different World’s Dwayne Wayne the better. The emerald jacket and tartanesque plaid pants, with tan suede boots and large round sunglasses, were something, but none of it fit. 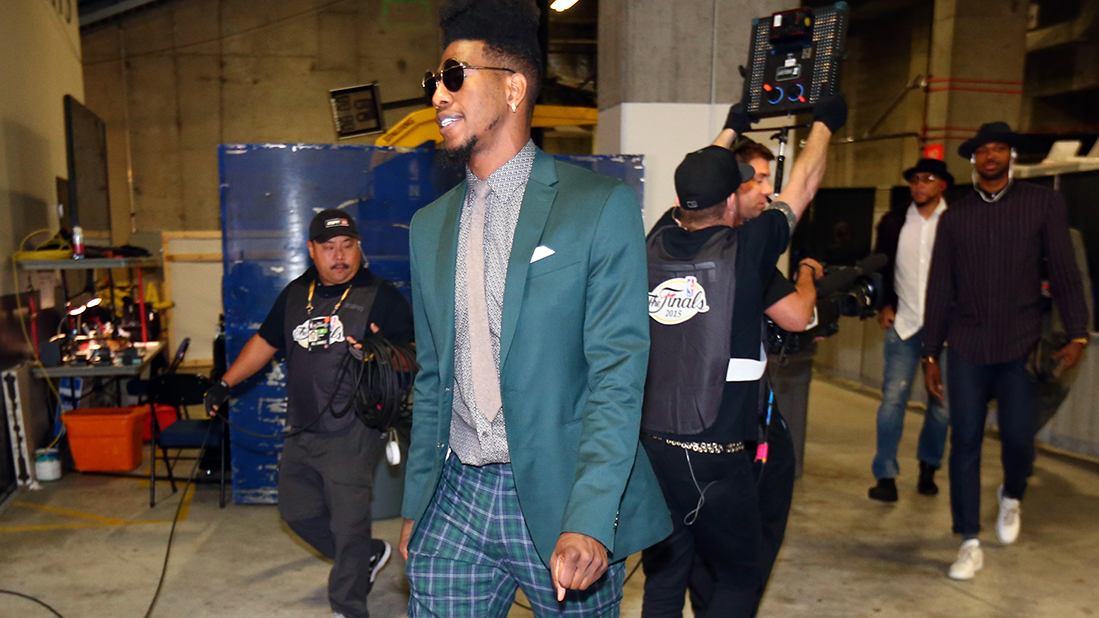 I’m afraid that in David Stern’s absence and with James and Dwyane Wade no longer competing in tandem for the limelight of the fashion media, the NBA is reverting to casualwear. Is anyone really going to enforce a dress code? On the one hand, it’s an embrace of a kind of freedom: Ding dong, the witch is dead. On the other hand, it’s dispiriting. The suiting of the coaching staff has been the best part of these Finals. If the players’ stylists are colluding, they should stop. Almost every man who entered Oracle Arena was dressed like an arriviste. I’m willing to entertain the possibility that freedom also means these guys have gone rogue. On Veep, when President Meyer pridefully tries to forgo her body man, Gary, comedy ensues. Same goes for the NBA.

It all leaves you craving something spontaneous and accidental or inspired. Whatever Russell Westbrook is up to in these commercials for Mountain Dew’s new “hydrating boost” Kickstart is something like that. One sip of this stuff puts in you one of his signature, printed short-sleeves. This is a remarkable change of pace for a sports ad. Kickstart’s only promise appears to be that you will have a cool party shirt (you’ll need it tailored, but still). Does it feel two years late? It does. But it marks Westbrook as the league’s most accessible tastemaker. He’s not selling insurance or cheaper phone bills. He’s selling stupid fun and himself drinking soda 400 times on a shirt. 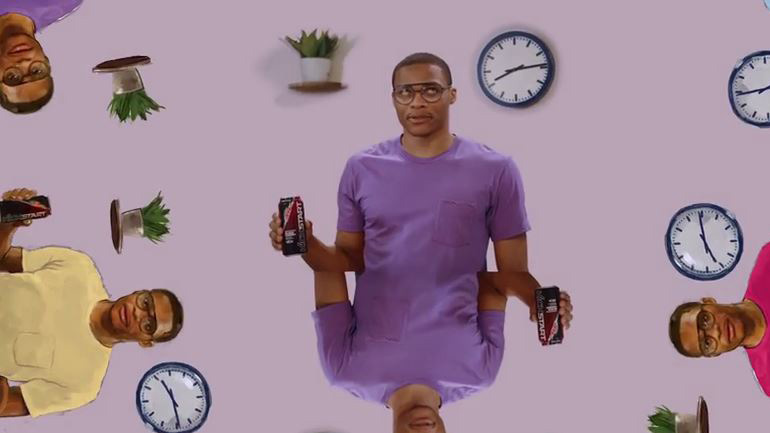 If only the pattern on Wawrinka’s shorts had a similar effect. But he got only halfway there. Where was the matching top? It should have been an outfit instead of the accident it looked like it was. He should have owned it. According to him, when his agent initially presented Yonex’s shorts, he barely wanted those. Tennis has seen far worse. Dominik Hrbaty once spent a summer-hardcourt season in a pink-and-black shirt with two mammary-like cutouts in the back. Nadal became a star while dressed like a pirate at an Iberian resort. And more than one woman has come to the court in what was arguably lingerie.

But Wawrinka looked as if someone had snatched away his actual pants. That was part of the discomfort, too. He looked as if he’d been undressed. For the post-match press conference, he arrived in a black T-shirt with the Yonex logo printed in tennis-ball green. He brought the tournament’s trophy, la Coupe des Mousquetaires, and draped a pair of The Shorts over the front of the players table. They hung there both in jest and, suggestively, in conquest. He took the French Open and maybe some dude’s undies — a mousquetaire’s, in fact.

The 30: Smoke, Mirrors, and Torii Hunter