The Shootaround: NBA News, Notes, and Just Give Me a Sixth Ring, Damn It 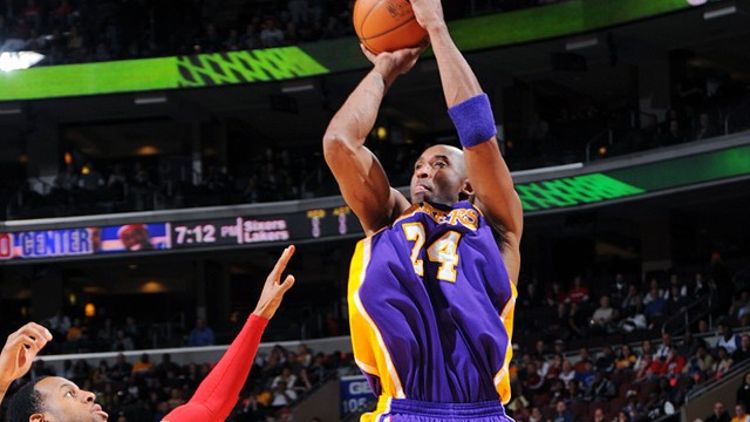 At this point in my life, I am honestly more into Kobe Bryant as an interview subject than as a basketball player. I appreciate how we’re back into Kobe-as-performance-artist territory. I’m sure they are studying his newest piece, If I Don’t Get to Play With Chris Paul I Am Going to Attempt Field Goals Until I Blow Out My Rotator Cuff, at the Tate Modern right now. It’s stirring stuff. But for me, the more entertaining character comes out when Kobe is off the court, answering questions in front of a camera.

Kobe Bryant became the NBA’s fifth-highest all-time scorer on Monday night. Everybody, save possibly Shaquille O’Neal (whom he passed on the list) salutes him for his accomplishment. Kobe went on something of a media offensive, perhaps pegged to this offensive milestone.

What transpired was some typically candid talk from one of pro sports’ most amusing interview subjects. I could seriously listen to Kobe talk about anything. He talked to Colin Cowherd about his past relationship with Shaq: “There was an interview that I heard Shaq do which he kind of threw down the challenge of me not being able to win without him. After I read that, I said, ‘Aw, that’s it.’ Some comparison that he made with me and Penny Hardaway, and once I read that, I said, ‘You know what? I can’t finish my career with people saying that. There’s no way.'” Extra credit for throwing Hardaway under the bus there.

The other day I was listening to Henry Abbott and David Thorpe talk on ESPN’s NBA Today podcast. Thorpe was talking about his “Royal Jelly” theory, which is basically that many (not quite all) basketball players are created equal, it’s how they are coached and motivated that separates them.

Bryant is the exception here, and not because of his (obvious) athleticism. There are few players who are able to self-motivate the way he does. Bird was like that. Jordan was like that. It’s that ability to look at the simple existence of other people doing the same job as you as a challenge to your own supremacy. It’s an amazing mind-set and you can see it in play, both on the court and off.

Save a move for Dwight Howard (and possibly, even if they do move for Dwight Howard), we could be witnessing the twilight of this iteration of the Lakers — of the Kobe-Lakers, really. And of course, his own mortality and the fallibility of the franchise where he has spent his entire career just motivates Bryant more. After Monday’s 95-90 loss at Philadelphia, Bryant accepted plaudits for his career accomplishment gracefully. And then turned his attention to the only thing that matters to him: “I just want no. 6, man. I’m not asking for too much, man. Just give me a sixth ring, damn it.”

Quote of the Day: Mike D’Antoni

This soliloquy was pointed out to me by Katie Baker. It is … majestic:

“Indulge me for a second: Anybody who boos Jared Jeffries has got to reexamine their life a little bit. I love our fans and I like Madison Square Garden, the arena, but here’s a guy who came back to us, minimum contract. He could’ve gone to a lot of other teams.”

“He plays as hard as anybody could possibly ever play, with injuries, everything you ask him. He takes every charge, every dirty play, every rebound. He works every second. And there are people that look at that and go, ‘I think I’ll boo him.’ I have a hard time believing that. It’s like, oh he missed that. I understand the frustration.”

“I understand that. But you boo what is good about America? To me it’s like, are you kidding me? Are you serious? To me, that’s not good. I love him anyway. He played unbelievable.”