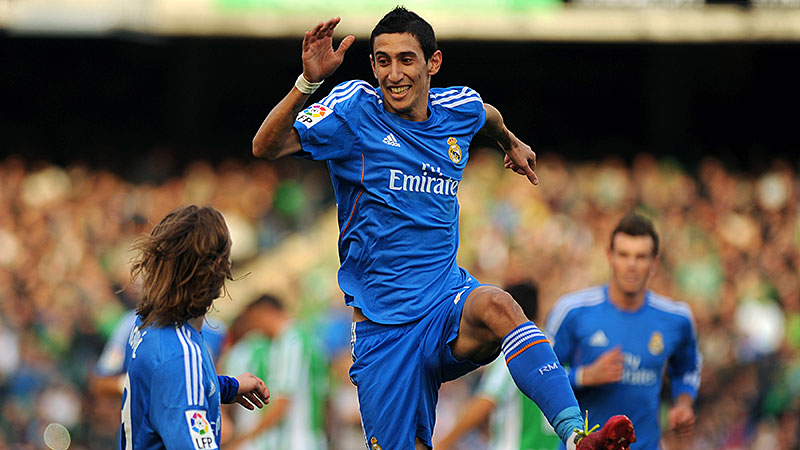 Carlo Ancelotti’s Real Madrid side has gone from wounded giant to juggernaut, hunting down a potential treble after a 13-0-2 run in their past 15 La Liga matches. The team’s renaissance is a product of tightening up its defense, allowing only seven goals in its past 12 league matches, after allowing 17 in its first 13. So what has happened in the Real Madrid midfield to bring about this success?

Luka Modric’s reemergence in Madrid has been the most important development in the injured Sami Khedira’s absence. Modric was considered something of a bust after a lackluster first season in Spain. His combination of movement and vision was not needed in the 4-2-3-1 Jose Mourinho used. In that setup, offensive specialization and defensive work rate were prized. 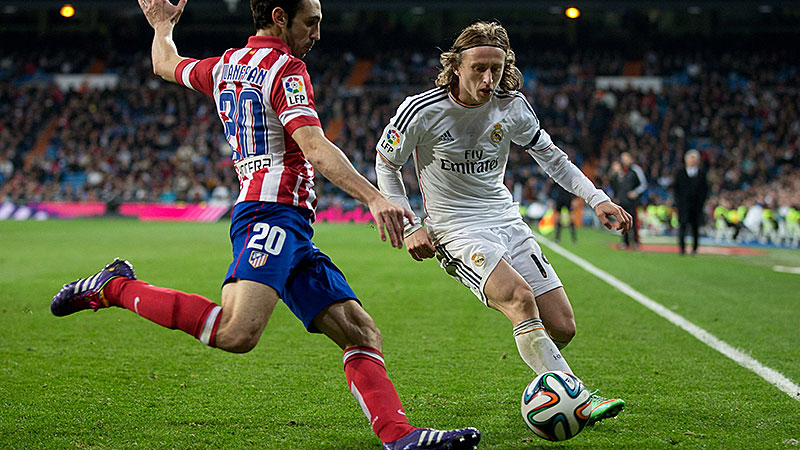 This year, Modric has become a focal point of Madrid’s offense. He’s among the team leaders in both passing volume and accuracy. Madrid has been thriving playing a 4-3-3 with Gareth Bale and Cristiano Ronaldo flanking Karim Benzema up front, and a more fluid midfield trio of Xabi Alonso, Luka Modric, and Angel Di Maria slotting in behind. While Alonso is still picking passes from deep, Modric has looked like the superstar Madrid bought from Spurs two years ago. He’s a tricky runner, capable of maintaining possession in tight spots, and he’s an inventive passer, delivering productive passes that lead to chance creation. His accuracy and tidiness allow Madrid to field a more creative lineup; ill-timed turnovers in the center of the field would expose their defense, but Modric is getting the ball deeper into opponents’ territory more quickly.

Having two creative players in central midfield means the remaining attacking midfielder has to play a slightly different role than was demanded when Khedira was in the lineup. It’s a role Mesut Ozil was not fit for, last season, and it’s a role former Málaga star Isco has struggled with in this campaign. Because the attacking central midfielder in this system does not need to be a distributor, pace and movement become more critical. Hence Angel Di Maria’s success playing the part.

Di Maria, a natural winger, would seem to be the odd man out in Madrid when the team acquired Gareth Bale. The thinking was that if Di Maria was going to get minutes, they would come when Bale shifted centrally, into the free-roaming role he enjoyed during his final months at Tottenham. However, that role existed for Bale because of the lack of talent that surrounded him in North London. At Madrid, despite his cost, Bale is a complementary piece; with Ronaldo on the left and Modric behind, there’s no need for another player who dominates the ball.

With Bale keeping his game on the right wing, there’s more room for Di Maria. Di Maria’s angular runs and pace drag defenders and create space for Bale and Ronaldo to cut inside. Also, Di Maria has displayed a defensive intensity he was not previously known for.

The success of this 4-3-3 formation for Madrid has sparked questions about what the team will look like next season. Will Isco, who is reportedly disappointed with his playing time, wind up in Manchester City with former manager Manuel Pelligrini? Isco seemed like a natural replacement for Ozil, but he lacks the speed needed to play as effectively as Di Maria in Madrid’s current formation. Will the team cash in on Di Maria’s run of form, now that he’s shown himself to be a more versatile midfield option? Real Madrid is an antsy club, and one of these things will probably happen. Stars want to play. But right now, Madrid’s depth is its greatest asset. That Ancelotti had the tools to tinker and find a balance in the first place is the reason the team is in the hunt for three trophies this season. Additionally, this current 4-3-3 leaves Modric as the only irreplaceable part going forward; Alonso and Di Maria can be replaced by Madrid’s two young Spanish midfielders Asier Illarramendi and Isco as needed.

Madrid’s Champions League matchup against Schalke on Wednesday will provide an interesting litmus test. Schalke is the sort of generically very good side Madrid rarely sees in La Liga. Barcelona and Atletico provide such unique challenges with their styles of play, and aside from a resurgent Real Sociedad side that still has some question marks, there is no other team in La Liga currently capable of rolling out an attack as powerful as Schalke’s. With Julian Draxler and Dutch treasure Klaas-Jan Huntelaar regaining their fitness, Schalke is capable of exploiting defensive weaknesses as they appear. Madrid should be capable of ending this tie in the first leg with the form of their current midfield, and a hard-fought 2-0 win seems a likely outcome, but it will be fun to see them tested.