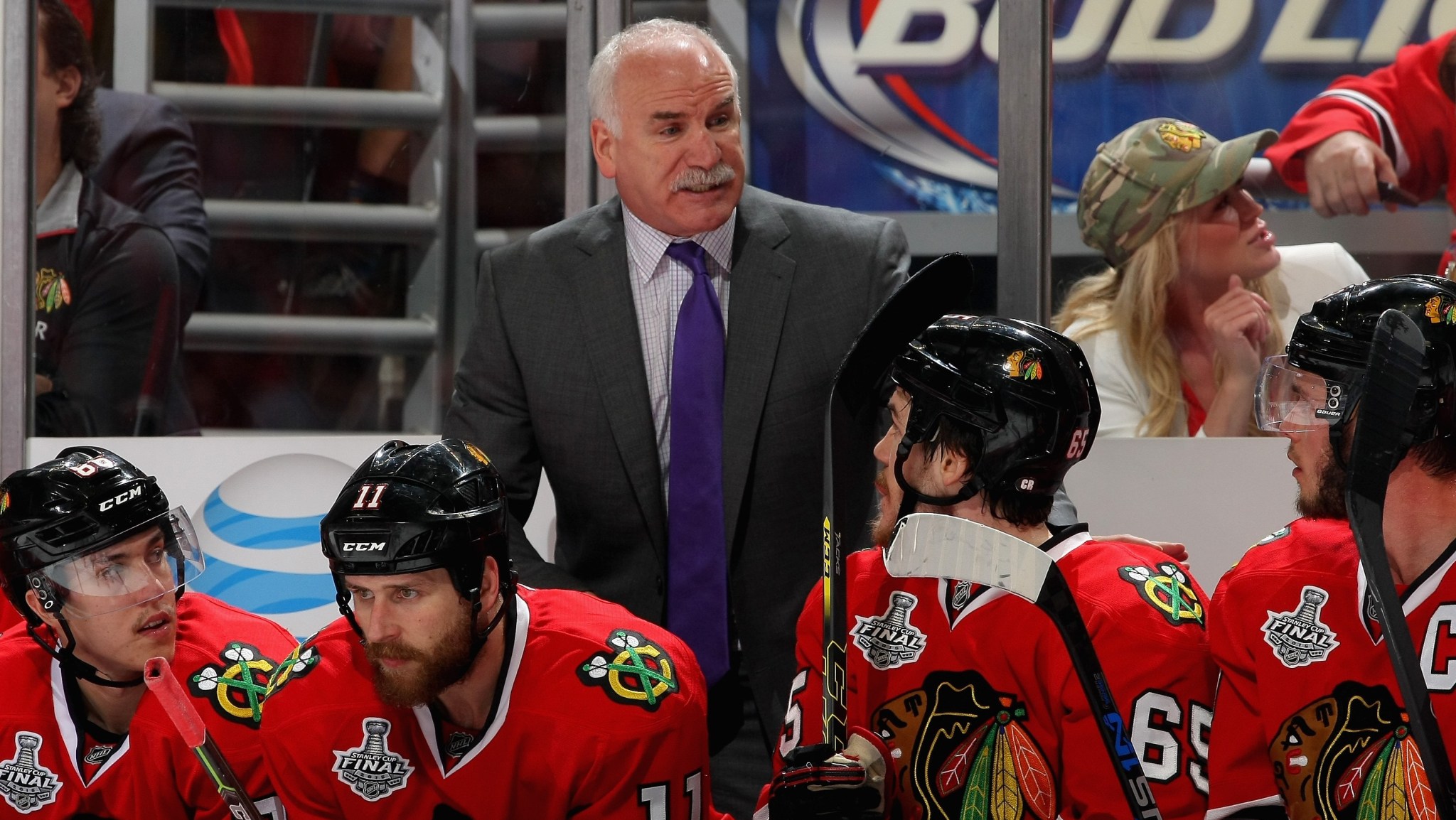 When it comes to playoff hockey, “resilient” is a funny word. It’s undoubtedly a compliment. In fact, it’s one of the best things you can say about a collection of players. Resilient means you don’t quit. Resilient means mental toughness. Resilient means character, leadership, and speaks to your compete level … and any number of the hockey world’s other favorite clichés all rolled into one. Good teams have it. Bad teams dream of getting it. Resilient is a badge of honor.

But it’s a badge you only get to wear when you’re losing. Tough times are a prerequisite of resiliency. After all, no team has ever been resilient when it was up 3-0 in a series. It’s a great card to have in your hand, but it can’t be played until the scoreboard is crooked, the injuries are mounting, and a series (and season) is slipping away.

Resilient means you never give up. But it also means you might be kind of screwed.

Today, the Chicago Blackhawks are resilient, which is a nice way of saying they’re in trouble. They trail the Stanley Cup final 2-1 after a Game 3 loss at home in which they gave up the winner with three minutes left in regulation after getting only one puck past a goaltender who could barely stand. A loss in Game 4 tonight in Chicago would give the Lightning a chance to skate the Stanley Cup around their home ice in Game 5. Tonight is not quite a must-win game — at some point we can probably acknowledge that the term has lost all meaning — but it’s close.

So tonight will be a test of the Blackhawks’ resiliency. Luckily for them, they have plenty. The Blackhawks know it — on media day, coach Joel Quenneville told reporters that “the resiliency of this group is as good as you’re ever going to find.” The Lightning know it — Alex Killorn described Chicago as a “resilient group” last week. (An important note: There is no such thing as a resilient team. It’s always a resilient group or, in rare cases, a resilient bunch.) And we heard all about it in the conference finals against the Anaheim Ducks, when Chicago trailed the series three separate times before finally coming back to win in seven games. The Blackhawks were “really resilient,” according to Ducks forward Andrew Cogliano. Cam Fowler echoed that they had “resiliency and attitude … they never quit.”1

Of course, that Hawks-Ducks series was a battle between teams that both laid claim to the resilient label — and not just resilient, but “tremendously resilient,” according to Ducks coach Bruce Boudreau after Game 5. The Ducks would show resiliency one night, then the Blackhawks would resilient them right back the next. That’s where this can get kind of complicated, since we don’t quite know who’s really resilient until it’s all over and we find out who won.

This is all kind of silly, of course. In a parity-driven NHL where the gap between contenders is razor thin, even the very best teams will find themselves pushed to the brink occasionally. Everyone faces adversity, and the eventual Stanley Cup champion will usually have faced elimination at some point on its path to the Cup.2 Eventually the NHL playoffs will just be two months of coin-flipping, with whichever team emerges getting the big silver trophy. “They sure were resilient,” we’ll all say, shaking our heads in admiration.

And we will say it because resilient speaks to something we love about sports. Sure, maybe a series just ends up featuring two good teams that trade wins because that’s what equally matched teams do. But we want more than that. We want our games to double as morality plays, where somebody wins because of sheer force of will. If we have to let a little hindsight bias kick in to make it all work, that’s a price we’re willing to pay.3

So tonight, the Blackhawks will get a chance to go out and show the world just how resilient they are. If they can earn a win, they’ll head back to Tampa tied 2-2 and with at least some semblance of momentum. The pressure will shift to the Lightning, since they won’t want to risk coming back to Chicago facing elimination. It will be a tough spot for a young Tampa Bay team, one that’s still not even sure whether its star goaltender can finish the series. It wants to end this quickly, and a Blackhawks win tonight would spoil that plan.

Would the Lightning somehow find a way to respond? Well, you’re not going to believe this, but guess what? As it turns out, they’re a resilient group too.

In last week’s series opener, the Lightning lost a game they had led heading into the third period, allowing the Blackhawks to strike twice late in regulation to earn a 2-1 win and steal home-ice advantage. With two days off before Game 2, that meant roughly 72 hours of talk about how resilient the Lightning had been and would no doubt continue to be.

After all, think of how they’d got here. They’d come back from down 3-2 to earn a Game 7 win over the Red Wings (themselves an impressively resilient group). Next, they knocked off the storied Canadiens (also resilient). That led to a conference final matchup against the Rangers in which both teams were notably resilient.

By the time the Lightning reached the Stanley Cup final, they were no longer merely resilient — they had become “historically resilient.” Their resiliency had apparently mutated, like some sort of airborne super-virus. What chance did the Blackhawks ever have?

So now the ball is back in the Blackhawks’ court.4 No doubt, they’re summoning their resiliency reserves as we speak. Which, of course, leads to some inevitable questions: How long can this go on? What if there’s a Game 7? What happens when two unstoppably resilient teams collide?

(After Saturday’s game-day skate, I asked Blackhawks winger Kris Versteeg whether Chicago could use its own legendary resiliency to counter the Lightning’s resiliency, perhaps by invoking some sort of resiliency inception. He looked at me like I had two heads, so I dropped eye contact and hurried away from the scrum. I am not resilient.)

There’s a good chance we’ll get some answers by this time next week. The Blackhawks will probably win tonight. The teams will probably split Games 5 and 6. And chances are, one week from tonight, we’ll be back in Tampa for Game 7. It would be a fitting end to what’s been a hugely entertaining series between two fantastic teams. So far they’ve delivered everything we could have asked for: highlights, drama, skill, and toughness. And all of it just three games into a series in which we still have no idea which team will win.

(Yes we do: the most resilient one. I just can’t tell you which bunch that is until sometime next week.)