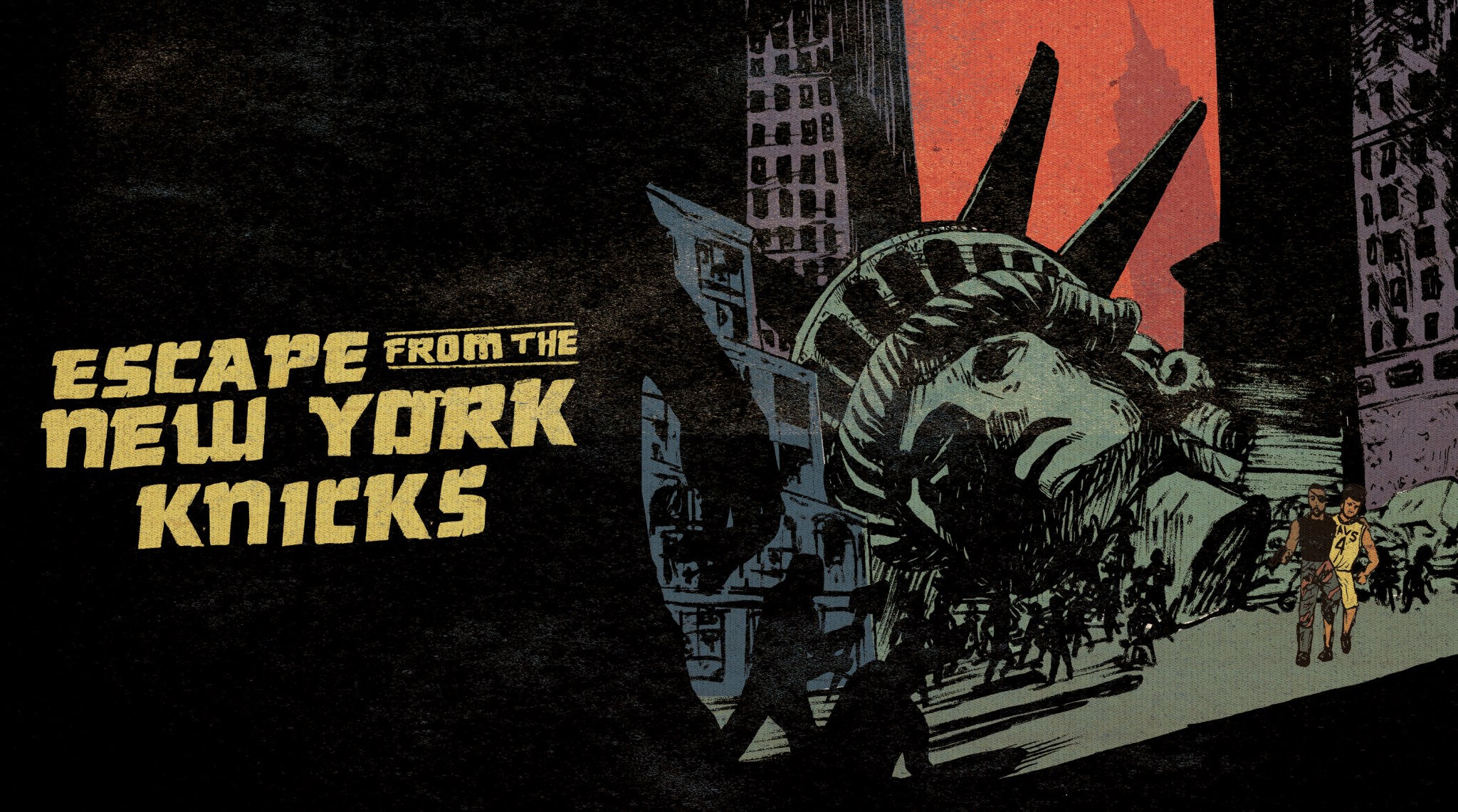 In 2015, the basketball loss rate in New York City has risen 400 percent. The once-great city is now one of the worst basketball destinations in the country. A 50-foot containment wall has been erected along the New Jersey shoreline, across the Harlem River, and down along the Brooklyn shoreline. It completely surrounds Manhattan Island. All bridges and waterways have been mined. The National Basketball Association, like an army, is encamped around the island. There are no referees inside the walls, only members of the Knicks organization and the worlds they have made. The rules are simple: Once you go in, you don’t come out.

“Are you sure about this? Can we really trust him?”

David Blatt, weary-eyed and exhausted, was standing in a small, half-lit office. There was a computer nearby, along with a telephone and something that looked like a fax machine but couldn’t possibly be a fax machine. Gray walls, white door, tiled ceiling. Nothing else. It felt like an important room — one where decisions were made. The only other person with Blatt was LeBron James.

“At this point,” LeBron said, rubbing his neck, “I’m not sure we even have a choice anymore.”

Seven days earlier, they’d had an idea: They wanted to pluck J.R. Smith and Iman Shumpert from the Knicks, New York’s professional basketball team — although nobody seems to be able to remember a time when anyone described them as “professional” in a tone that conveyed anything other than irony.

“You tried,” LeBron said. “You tried to talk to them already and you failed, remember? They won’t listen. They won’t bargain. What they’re asking for is too much. It’s our only option.”

Fisher hadn’t told Blatt a meeting place. He’d only said, “Come to New York. I’ll find you.” So that’s what Blatt did. Before landing, he’d worried Fisher wouldn’t know when he arrived. But when he found himself standing in the middle of the city, he knew that wasn’t going to be a problem. Am I the only thing here that isn’t on fire and doesn’t smell like the sewer? Blatt asked himself.

He stood out in the open for maybe two minutes, but it felt more like two lifetimes. The air was toxic. He couldn’t be sure, but he was confident his skin was melting. Just then, a short, squat shadow came to life. It was Fisher. He moved out of the darkness and toward him.

“Coach,” Blatt said, attempting to not sound as shaken as he was, “thank you for meeting with me.” 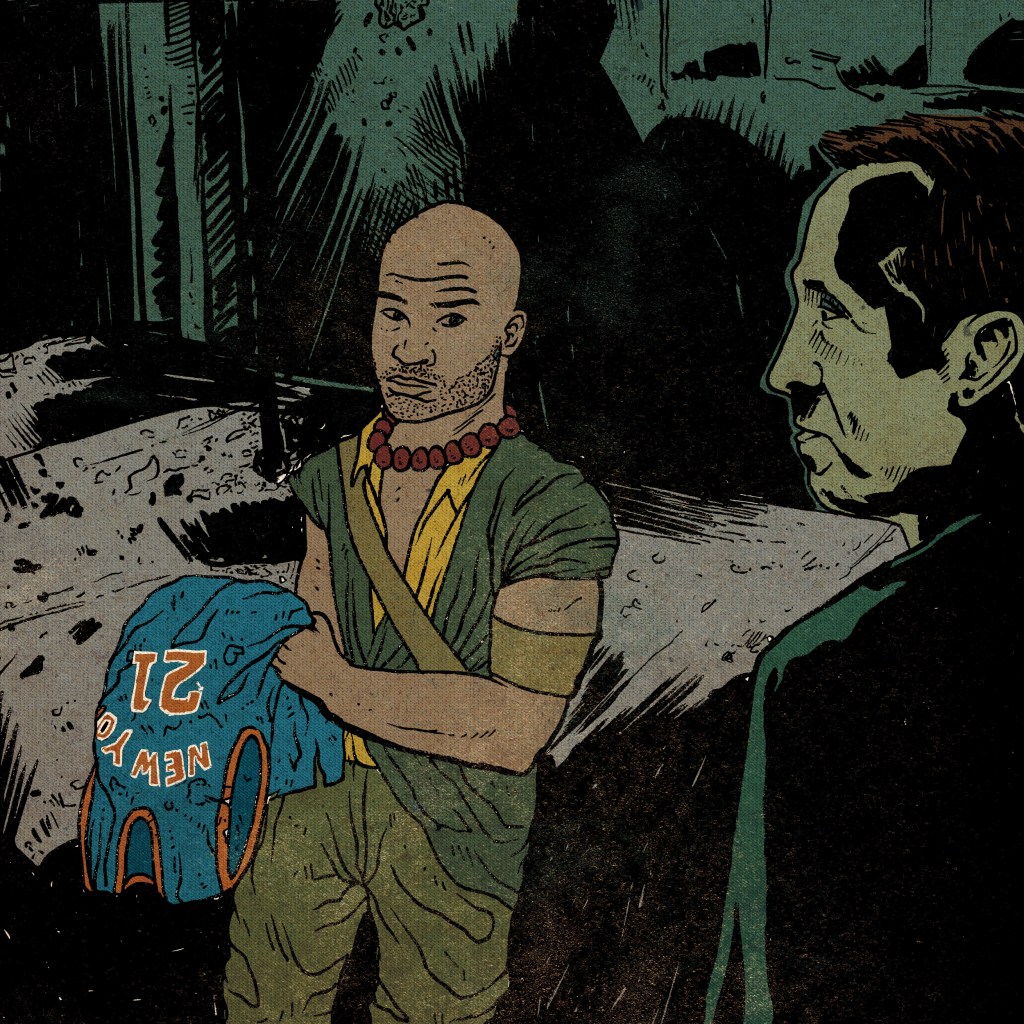 “Let me tell you what I want, Blatt … what we all want,” Fisher said. Just that quickly, Blatt knew the barometer for the success of their meeting had changed. Securing a trade was no longer the goal; Blatt simply wanted not to be dead by the end of it.

Blatt could make out a rickety old basketball goal off in the distance. Two players  — Lou Amundson and Cleanthony Early — were shooting around. “We were prestigious once. We were the basketball mecca. The Knicks. … It was a name that meant something. Do you know what they call us now, David? Do you know?”

“The Shits. They call us the New York Shits.”

An Amundson jumper clanked off the rim in the background and Blatt wondered to himself how a ball and a rim could make such a terrible noise.

“So you say you want a trade? Well, let me tell you what we want.” He stared at Blatt, right in his teeny, tiny eyes, and reveled in finally having some leverage over someone, something, anything. “We. Want. Out.”

“What do you mean?” asked Blatt.

“We want let out of this awful city. You can take Shumpert, but you also have to take us all. Quincy, Cole, Bargnani, Calderon, Hardaway Jr., Carmelo, me, the rest of the team, Phil, Dolan, all of us.”

“What? Not a chance. I’m not authorized to make that kind of a move.”

“This ain’t a negotiation, David. Carmelo is holding Shump. Nobody knows where. Nobody will ever find him. The only way you get him is if we all come. You guys are going to the playoffs. We want to go to the playoffs, too. We all come, or no one does.” And with that, Fisher turned and began walking off into the sour night air.

“David,” Fisher called out without turning around.

Blatt looked at him.

“You know, for someone who has a face like it’s being filmed with a Beastie Boys fish-eye lens, you’re not near as cool as I was hoping.”

So here they were, Blatt and LeBron, in the important office, about to do something insane, which happened to be the only thing that might work.

“We need someone who thinks like them,” LeBron said. “Someone who understands them. Someone who is them. We need … ”

He paused just long enough to let Blatt know that he understood how unreasonable the name he was about to say was going to sound. “We need J.R.”

Four days earlier, in a barrage of fadeaway 3-pointers and careless fouls, Earl Joseph “J.R.” Smith III had somehow managed to escape the black-hole gravity of the Knicks. He was the only one who’d ever made it out alive.

“He’s our only chance,” said LeBron.

“He’s too big of a risk,” Blatt countered, and by this point both men were frustrated with one another. “It’s just not worth it.”

“What other option do we have?!” LeBron roared. Just then, the door to the office swung open.

“Well,” a raspy voice said. Blatt and LeBron turned around. It was Smith. “There’s one other option.”

Smith dragged a match across the stubble on his chin and lit it. “You can always … ” he paused to put the match to a cigarette, took a puff of it, then took it out “… go fuck yourself.”

Blatt looked at LeBron. LeBron looked at nothing. “Jesus.” 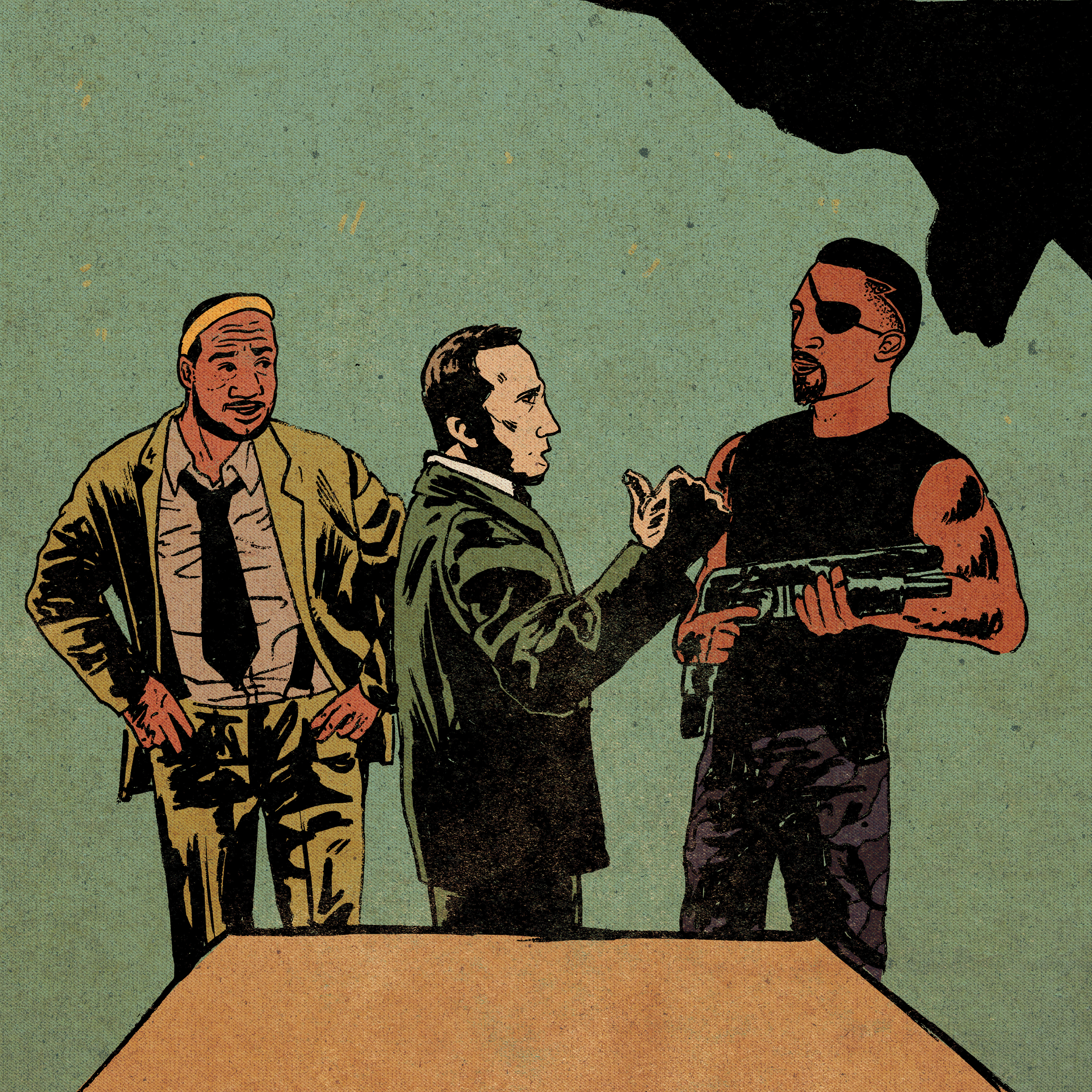 “Way I see it,” said Smith, “you all need a championship. I need a new home. And the only way we get both is with Shump. So I go get him out. We both become Cavs. Everyone wins.”

Smith: “Neither is shooting 28-footers over a double-team, but that sure as shit doesn’t stop me from doing it.”

Blatt: “You really think you can pull it off?”

Smith: “I guess we’re about to find out.”

Will J.R. successfully rescue Iman from the clutches of Carmelo? Check back tomorrow for Part 2 of Escape From the New York Knicks.