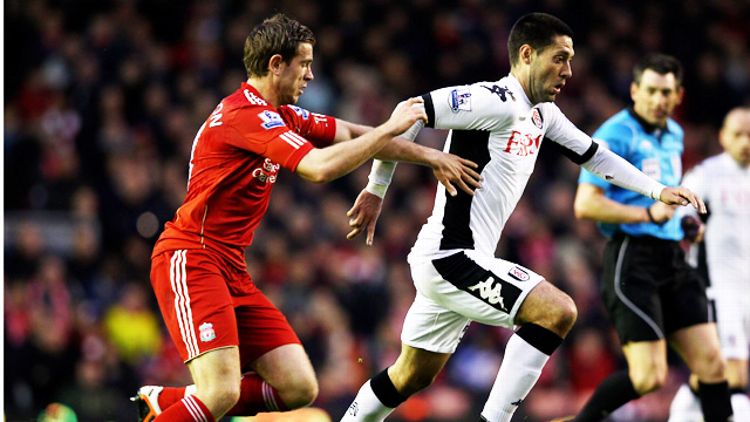 On Friday, transfer deadline day in European soccer, Clint Dempsey did what he’s done his entire career when facing a challenge: He succeeded. Heading into the day, Dempsey essentially didn’t have a team to play for. He was coming off a career year, probably the best ever by an American in Europe: 23 goals for his club, Fulham, 17 in the English Premier League, fourth in the league behind international superstars such as Wayne Rooney and Robin Van Persie. But when the 2012-13 Premier League season started a few weeks ago, he wasn’t playing for Fulham. His manager, Martin Jol, said he refused to play. Dempsey tweeted that there were two sides to the story.

We may never know exactly what was communicated between Dempsey and Fulham brass and why he didn’t play for the Cottagers in the first three matches of the season. What we do know is this: After last season, Dempsey, always seeking the best competition, voiced his desire to play for an elite English club, one capable of playing in the Champions League. Liverpool, while not in the Champions League this season (or last season), is one of the most successful clubs in the history of European club competition. The Reds expressed interest in Dempsey, publicly and privately, and all summer long, Liverpool fans have awaited the news that the club had finally signed the American.

That never happened. Rumors remained rumors. Early on Friday, Aston Villa made an offer (reportedly for £7 million)and Fulham accepted it, but Dempsey rejected the move. Liverpool reportedly made an offer, one that, again reportedly, insulted Fulham. Then Tottenham Hotspur, who finished fourth in the Premier League last season, got into the action. They made an offer: a reported £6 million transfer fee. Dempsey took it. Tottenham tweeted a picture of him with a Spurs jersey. When the final terms of the deal came out, Dempsey became the highest-paid American soccer player ever.

A discussion about Dempsey’s achievement on Friday, just a few days before he joined the U.S. national team for its upcoming home-and-away World Cup qualifiers against Jamaica, makes for a fitting end to this series on player development in the U.S.: His circuitous route to success — America sent this kid from Nacogdoches, Texas, to Tottenham Hotspur, a storied London club in one of the world’s richest and best leagues — speaks to all the potential and pitfalls facing American youth soccer players.

The first post in this series addressed U.S. Soccer’s Development Academy, which the U.S. Soccer Federation formed in 2007 with the aim of providing American kids better coaching, more training, and fewer — but more meaningful — games. It also gives more kids a quality training environment, with roughly 3,000 youths in its 80 clubs.

From the standpoint of player development, what’s so compelling about Dempsey is that he succeeded outside of many American development initiatives. As a teenager, he didn’t train at Bradenton with a youth national team and he didn’t play for a European club. He progressed through a more traditional model, the one American players have been taking for several decades: In high school he played club soccer and on his regional Olympic Development Program (ODP) team. He played three years of college soccer at Furman — where he led the team to a couple of conference titles and two NCAA tournament appearances, and was an all-conference player each year and All-American once. Notable achievements, but nothing that suggested he would have a successful international career. In fact, when he entered the MLS SuperDraft in 2004, FC Dallas, his hometown club, passed on him twice.

But Dempsey has two traits that have been instrumental in his success: The first is his drive. When you talk to anyone who’s ever played with or coached Dempsey, they always mention his competitiveness. Dempsey has had to prove himself at every level: in college, with the New England Revolution in the MLS, with the national team, at Fulham.

L.A. Galaxy assistant coach Dave Sarachan, who coached Dempsey as an assistant for the USMNT, said: “When you’re picking teams, he’s a guy that you want.”

Cobi Jones, a veteran of the ’94 and ’98 World Cup teams and the leader in all-time appearances for the USMNT, described Dempsey this way: “Clint went through the ranks. [He] comes off as a fighter.”

Dempsey’s other defining trait is his creativity. As Adam Spangler details in this profile of Dempsey, Dempsey is a product of his Nacadoches environment, where he played with his brothers and friends, trying to imitate Maradona. Many people attribute his success to that independent development. Sarachan remembers that when Dempsey first played on the national team, “he was a guy that played very free and with confidence.” He recalled that Bruce Arena once said, “He tries shit.”

By stereotype, American soccer players aren’t supposed to play free and “try shit.” They’re not supposed to chip goalies from 18 yards out, which is exactly what Dempsey did in 2010 against Juventus.

Nothing about Dempsey’s youth accolades suggested he would one day earn the largest transfer fee ever paid for an MLS player ($4 million), or save his EPL club from relegation (which he did for Fulham in ’07).

Or score the goal to give the U.S. its first-ever victory over Italy (which he did in March).

The second post in this series discussed the era of determination, the Americans who qualified for the 1990 World Cup and played in the ’94 World Cup. Jones, a member of that group, said of today’s young players: “There will always be people that are gonna be missed and they’re gonna come through a circuitous route … [Players] are going to make it because they’re some type of fighter.”

The U.S. Soccer Federation’s Development Academy will provide thousands of young American soccer players better coaching, training, and competition than their predecessors. But to make it, those kids will need to develop one thing that’s all but impossible to teach: unrelenting determination. Just ask Clint Dempsey.

About Last Night: Break Up the O's!