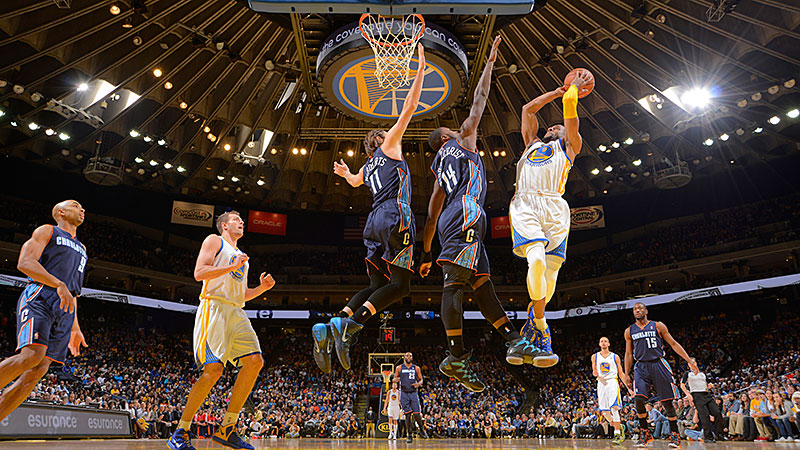 Here’s a tip: Maximize your enjoyment of the Charlotte Bobcats this season by convincing yourself the team is on an 82-game farewell tour. Pretend there is an actual line of demarcation that separates the Bobcats from the future Charlotte Hornets; pretend this season can and will redefine the franchise’s helpless decade of existence. We’ll be reunited with the Hornets next year, which is a fantastic thing, but the Bobcats will be euthanized in the process. The idea of killing off a team concept due to its futility is pragmatic and logical and much less of a bummer than a team relocation, but I started developing feelings all the same. I became emotionally invested in the Bobcats, for reasons not unlike why a person would marry an inmate on death row. Some things are more beautiful when you know exactly how they’re going to end.

Having a very specific, rooted interest in the end of the Bobcats means getting urges to dig up numbers that might help shed light on precisely what the team was able to accomplish. Since the beginning of the season, I’ve been tracking the status of the Bobcats’ head-to-head matchups. As you’d imagine, most are lopsided in the opponents’ favor, but there are a handful of teams that have been in danger of having a losing record to the lowly Bobcats. The Warriors, last night’s opponent, were one of them.

The Bobcats defeated the Warriors handily, 91-75. It was a statement game for Charlotte, who are once again playing like a top-five defense since Michael Kidd-Gilchrist’s return, after a stretch of playing league-average defense in MKG’s six-week absence. Kemba Walker was back after missing seven games with a sprained ankle, filling up the stat sheet and providing the kind of dynamic play Ramon Sessions just isn’t capable of. Last week, I had the gall to proclaim Al Jefferson the greatest offensive player in Bobcats history, after merely 38 games. Play after play, last night, he abused Golden State’s defenders, and bounced off Andrew Bogut’s physical defense, but in a good way, wisely using the separation to create better looks for himself. It was his fourth 30-plus point, 10-plus rebound performance in the last five games, so maybe I was a little weak with my proclamation. I’m starting to think he might be the second- and third-best offensive player in franchise history, too.

The Cats now have a 10-9 record in head-to-head matchups against the Warriors. It was the last time the Bobcats and Warriors will ever play a game against one another as currently named. The Bobcats have won their franchise series against the Warriors, and there is nothing anyone can do to take that away from them.

Only four teams in NBA history were unable to obtain a winning record against the Bobcats: the Wolves (7-12, with one upcoming game), the Raptors (17-18), the Kings (8-11), and the Warriors (9-10). The Wolves earn the distinction of being the only team to have cemented their losing record against the Bobcats before the start of this season. Oddly enough, the team most notorious for losing to the Cats didn’t make the cut — the Lakers (10-9) secured their winning record in mid-December, despite getting butchered to pieces last week at home.

Other than the game against the Wolves on March 14, every single Bobcats regular-season game from here on out will be played against a team with a clear winning record against them. The Bobcats will win battles along the way, but they have already lost the wars. The certainty of it all is almost comforting.

The players' history dates to last season, when Cousins got ejected for elbowing Dunleavy, then with the Bucks, in the head. "He called me a clown?" Dunleavy said. "I would like to respond but clowns can't talk. So I'll mime or make him some animal balloons or something."