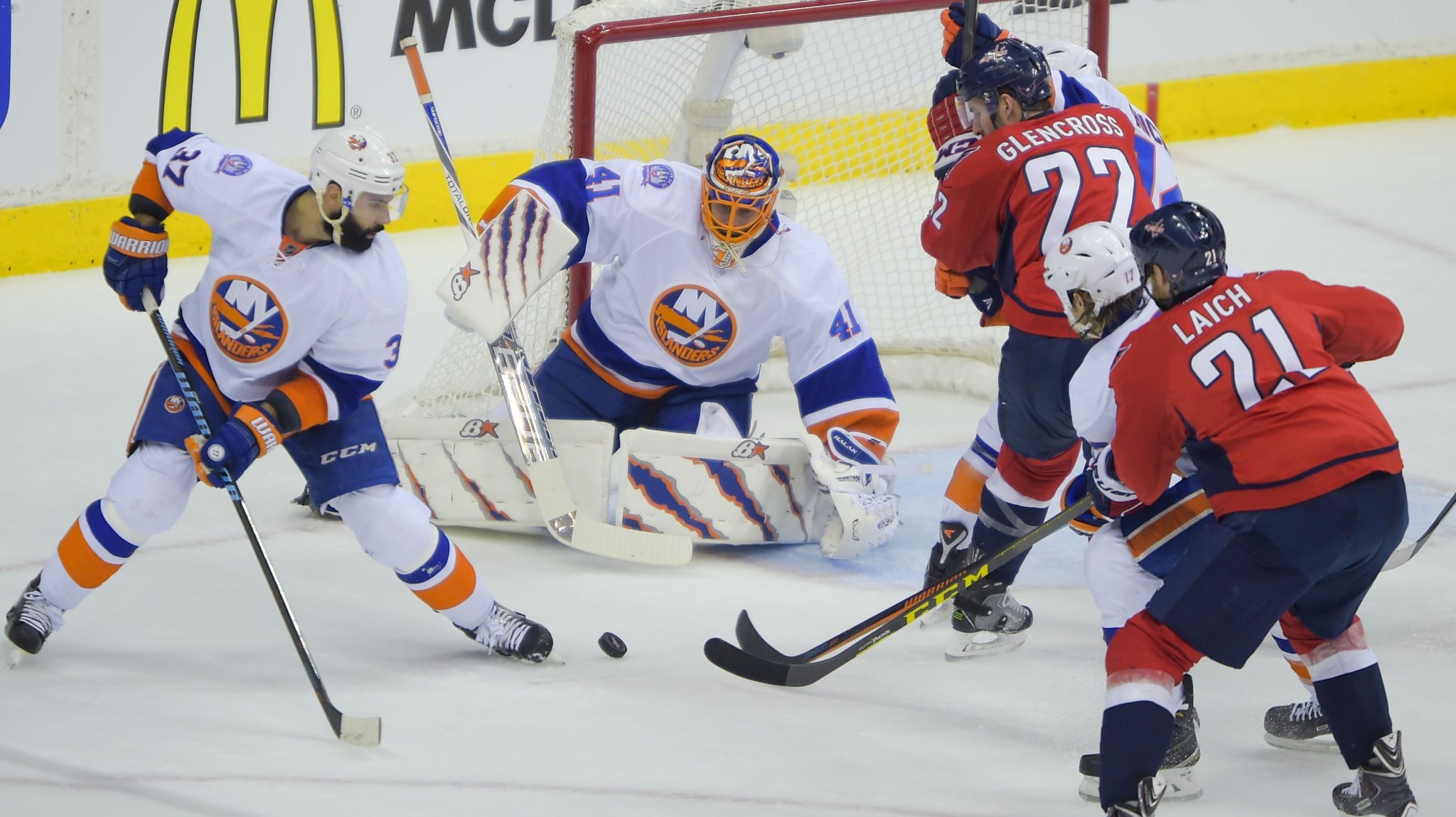 The best team won last night in Washington. Let’s get that part out of the way first.

Last night, the Washington Capitals were the better team. They held the New York Islanders to just 11 shots, an impressive defensive performance that established a new NHL record for the fewest shots allowed in a Game 7. Despite Jaroslav Halak looking like he was going to pull off another elimination-game miracle, the Caps’ effort was enough to secure a 2-1 win. So yes, the Capitals were the better team, for one night at least.

It also doesn’t matter if the best team won. Let’s go there next. It’s not like there’s ever a right answer at the end of a Game 7 in the NHL. There’s no justice. Nobody walks out of a Game 7 feeling good about themselves, or their team, or the future, or the world. Nobody is even happy during a Game 7. If you’re watching closely enough, you may lose the ability to ever be happy again.

And that’s assuming that you don’t care who wins. If you’re a fan of either team, your soul has already set itself on fire by the end of the first intermission.

Game 7s are awful things. In the modern NHL, where parity reigns and every decent team plays an ultra-disciplined system, most games are determined by a lucky bounce here or a bad call there. A seven-game series barely tells you anything these days. Hell, sometimes an 82-game season isn’t enough. One game? You’re going to take an entire year for two teams and try to boil it all down into one game? You might as well flip a coin. It’s madness. It’s borderline cruelty.

Last night, the Capitals and Islanders played a classic Game 7, one that hit all the standard notes. You had the scoreless first period, just to build the tension. You had the eerie maybe the next goal wins feel that descends midway through the second. You had the opening goal, this one by Joel Ward, the one that briefly tricks you into thinking it will hold up. You had the tying goal, with just a little bit of odor to it. You had the refs who won’t call anything — just one minor all game long, despite plenty of opportunities, because let ’em play, right? You had the one goaltender — Halak this time, although Braden Holtby had a strong series — who starts to seem like he’s just going to say screw it and win the whole thing single-handedly.

And it all sets up That Guy who makes The Play. In every Game 7, there’s always That Guy. Sometimes The Play is a good thing and sometimes it’s a mistake, but it decides the game, and That Guy is the player who’ll never pay for a beer again in one city, and who’ll forever have an F-bomb for a middle name in the other.

Last night, The Guy was Evgeny Kuznetsov, and The Play was a spectacular solo effort to score the winner with seven minutes left. Kuznetsov is 22 years old. He celebrated his very first birthday on May 19, 1993. Three days later, the Islanders beat the Canadiens in Game 4 of the Wales Conference final. That still stands as the last playoff win the Islanders have had past Round 1. Like I said, borderline cruelty.

And so the Capitals move on to face the Rangers, a team they’ll be meeting for the fifth time in seven years. They’ll be tired, and they’ll be the underdogs, but they’ll have a shot. That may be all you can ask for if you’re a Caps fan, since you probably burned through most of your hockey-god bargaining just to survive this round. Washington fans know cruelty; there may not be a team with a more tortured track record of blowing series that seemed wrapped up. Give the Caps a 2-0 or 3-1 series lead, historically, and you’ve got them right where you want them. This series wasn’t pretty, but they found a way to close it out, and that’s enough. Nobody’s counting style points in April.

The Islanders will be moving on, too — to Brooklyn, where they open next year in Barclays Center. Saturday night’s Game 6 New York win will stand up as the final NHL game in Nassau Coliseum history. The Isles leave with a season that ranks among the franchise’s best since the dynasty days, and they have enough young talent to make one think they could be even better next year. That will take some of the sting out of last night’s loss, eventually. It doesn’t help any today, and probably won’t for a long time, but it will eventually. Maybe.

And then there’s the rest of us, the ones who tuned in to see a good game but didn’t really care who won. You may recognize us, since we’re the ones who maybe managed to get a little bit of sleep last night and who don’t look like we spent the game chugging scotch and then eating the bottle. We’re the ones who, in theory, enjoyed that game. We’re the ones who were supposed to think the whole thing was fun. But we didn’t, because Game 7 isn’t supposed to be fun, since even if your team isn’t involved, you know it might be next. Game 7 isn’t fun; the regular season is fun. That why it’s there.

And that regular season sure is fun these days, isn’t it? The NHL has become a league where they give out points for losing; where a dozen teams can top 100 points and 80 percent of the league can finish over .500; where the league standings page pretends that nobody ever has a losing streak; where nobody ever signs a bad contract because the commissioner assures us that fans don’t even care about that stuff; where we end half the games with wacky skills competitions that send everyone home happy. They don’t give out participation medals during the regular season, not quite yet, but it’s probably coming. Why keep score? Bring it in and hug it out. In the NHL’s regular season in the Gary Bettman era, everyone gets to be a winner.

But not in the playoffs, and not in Game 7. They haven’t figured out a way to sand all the jagged edges off of a Game 7, not yet. Someday, somewhere, some GM will probably try to sell Bettman on a plan to outlaw tough losses in the playoffs. You won’t lose a series; you’ll just go into the consolation round, where everyone gets a miniature replica Stanley Cup to skate around the ice and you’ll gladly pay those increased ticket prices because your team is a winner, dammit.

But not today. Today, we still have the abject cruelty of Game 7.

Game 7s are the absolute worst. They’re the unqualified best.

And by the way, the next one is tomorrow night. Step right up, Red Wings and Lightning, because you’re the next ones into the Game 7 meat grinder. It’s going to be awful, and we’re all going to love you for it.