College Football SummerTalk: Can We Have a Favorite Game From a Season That Hasn’t Happened Yet? 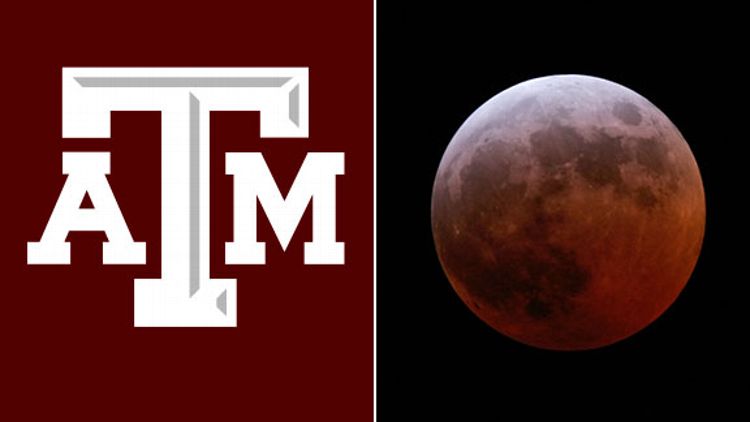 There was chatter, during the Great College Football Realignment Square Dance, that the SEC’s new additions might not have what it takes to compete in God’s Chosen Conference. The Aggies proved otherwise on the field in 2012, and are proving it this offseason with their blithe participation in that time-honored summer pastime of jolly, institutionally approved sniping matches.

We were all set to write about Mark Richt’s genteel stab at Steve Spurrier — in June, this counts as college football news; also, for Richt, this counts as throwing an elbow in a postgame handshake — when lo! A challenger appears:

“Texas A&M athletic director Eric Hyman helped kick off the Brazos County A&M Club Coach’s Night by proclaiming, ‘What do the moon and Texas A&M have in common? They both control the Tide.'” 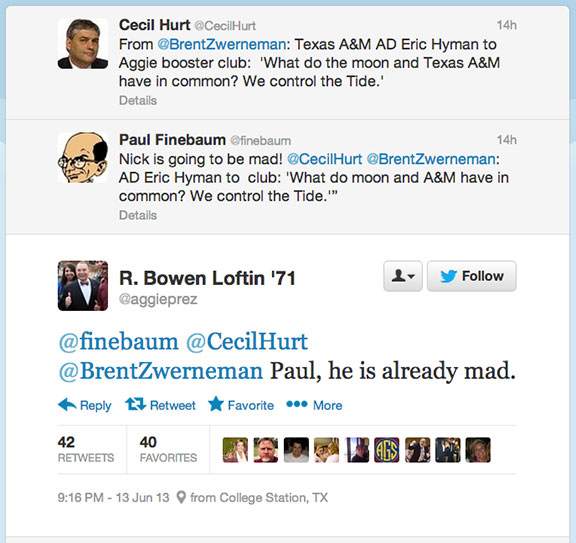 This quip will now age in grudge-casks across the SEC West for precisely three months, until the Tide journey to College Station off a bye week for a divisional rematch on September 14. Never have we been more disappointed at a scheduled 2:30 p.m. start for a grudge game. CBS, hear our prayer: Slip Uncles Verne and Gary some stimulants and let’s kick this shindig off in the prime-time slot it so richly deserves.

The Flawed Importance of the Closer