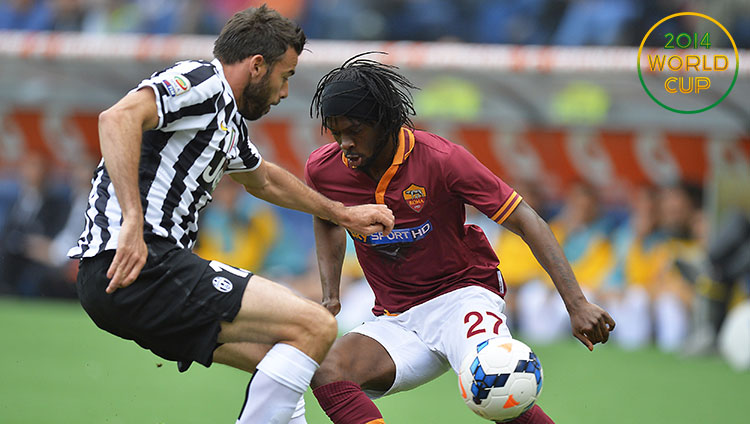 If you’re an Arsenal fan, here is a statement you will not agree with: Gervinho is really good at soccer. But replace “Arsenal” with “Roma,” and your response might be something like: No shit, buddy.

While Juventus essentially replicated that year they were demoted to Serie B, despite now being in Serie A, Roma have quietly been almost as good. A year after coming in sixth, they will finish in second place with a plus-48 goal difference. They’ve lost four games all season and are the 10th-rated team in Europe, according to WhoScored’s metric. (For context, Juve is 12th, but they beat the Romans 3-0 back in January, so take it with some salt.)

Gervinho came over from Arsenal last summer for $11 million, a loss of about $7 million for the Gunners after they bought him from Lille in 2011. And the 26-year-old has been everything Arsenal originally hoped for. While at Lille, he posted great goal-creation numbers. It just didn’t happen for him in England. He actually wasn’t that bad — nine goals and nine assists in 31 career EPL starts (46 total appearances) over two seasons — but he says he lost his confidence.

It’s easy to watch him and not really get it. For a dribbler, he’s not particularly inventive — all straight lines, like he’s climbing up a Tetris map. But for as direct as he is, there are none of those powerful Ronaldo- or Robben-esque diagonal runs that destroy the geometry of the defense.

Instead, he sort of just picks up possession on the left side, runs with these cartoony, dust-cloud steps, the ball seeming like it’s too heavy for him, and goes straight toward the end line. When it works, he’ll open his hips for a moment — maybe, if he’s feeling it, shimmy his right leg once or twice — and then keep going, past the frozen defender and off to do whatever presents itself. When it doesn’t, it’s like he’s just dribbling in a straight line to nowhere, unaware that soccer fields aren’t of infinite length.

It’s certainly worked this year, though. Roma fans worship him. He scored nine goals, which isn’t much better than last year’s pace, but he bagged 10 assists, and averaged 1.5 key passes a game (nearly doubling last year’s output) and 2.3 successful dribbles (up from 1.3).

While Didier Drogba, whose shadow determines when it’s nighttime in certain parts of the world, and Yaya Touré, whose touches regulate the lunar tides, are the big names for Ivory Coast, Gervinho will be equally important this summer, as this generation of Ivorian players attempt to finally make it out of the group stages on their third try. (There are more than 39,000 Google results for “golden generation last hurrah ivory coast.”) The team itself is hilarious, as this video — where they make fun of Gervinho for, um, looking like Gervinho — shows:

I also have to mention his hair, which is 2014’s great architectural mystery. It doesn’t appear that he has a hairline, so much as one source on the top of his head from which all of his hair sprouts, but if you stare at it long enough, you’ll find yourself considering the conceptual validity of “beginnings” and “ends.” While that, in some insane way, probably ties in with the nonlinear progression of Gervinho’s career and the fluid histories of all national soccer teams, I suggest you just watch him and avoid the existential philosophy. It’s easier that way, even if you’re an Arsenal fan.