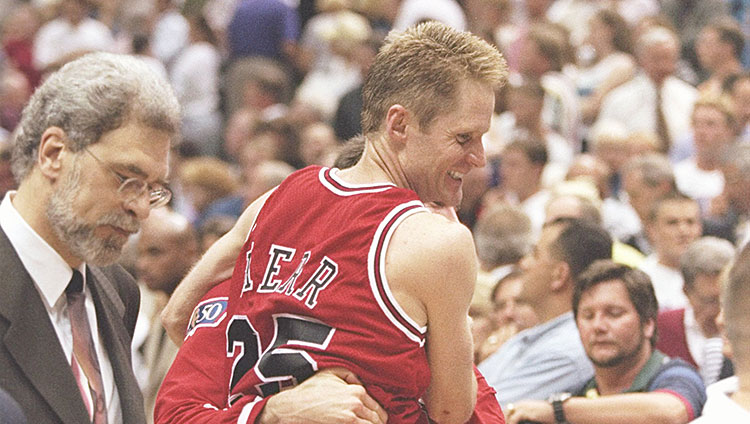 Steve Kerr as head coach of the New York Knicks passed away last night, after a lingering courtship. It is survived by Knicks president Phil Jackson and whatever remains of his Zen aura.

I was ambivalent about Kerr as a potential head coach of the Knicks. I’m often ambivalent about things concerning the Knicks, though. It’s a defense mechanism against further disappointment. Being a Knicks fan for the last 12 years has largely been an object lesson in how not to get sucked in to marketing campaigns: Allan Houston as a $100 million player, Isiah Thomas as a savior, Larry Brown as a miracle worker, Stephon Marbury as a hometown hero, Donnie Walsh having the final say, Mike D’Antoni as a genius, Carmelo Anthony as the final piece.

Most of my impressions of Kerr the coaching candidate are, just like everyone else’s, built up from interviews with him that I’ve read or heard and his tenure as Marv Albert’s simpatico color analyst. Based on those meager data streams, I found Kerr to be generally good-humored and knowledgeable. I can’t recall ever hearing him especially repping for the triangle during any of those interviews or game calls, which, despite Jackson’s obvious and near life-long affinity for it, I considered a plus.

Not opining from his TNT perch with something like, “You know, when I was with the Bulls, we ran the triangle and all Chicago did was win six titles in eight years,” over an image of Vinny Del Negro scribbling haphazardly on a white board spoke to, in my mind, Kerr’s pragmatism. Here was a guy who would do whatever worked best for the situation at hand. That was the impression, anyway; Kerr has no coaching history, his tenure as Suns GM was uneven, and there aren’t too many basketball strategy presumptions to be gleaned from his many years as a spot-up shooter.

So, I find Kerr passing on the Knicks to take the Warriors gig, in and of itself, not at all troubling. Contractual issues being relatively equal (Golden State did offer him an extra year), it makes total sense for Kerr to pick the team with the better roster that’s also closer to his family and offers him the opportunity to work for people he knows (apparently from playing golf).

Incidentally, the best argument for learning golf is Warriors majority owner Joe Lacob’s hilariously patrician quote re: hiring Kerr, “I knew him through friends — and through golf, quite frankly.” It’s like something out of a John Cheever short story. Rich dudes make a lot of decisions on the course, apparently, and not knowing how to play cedes that key strategic battlefield in the war for continuing employment to your enemies. Would history be different if Mark Jackson played golf? We will never know.

The notion that James Dolan’s history of meddling influenced Kerr’s decision seems overblown to me; the Warriors just have better players, it’s that simple. I mean, not to put too fine a point on it, but, just as an example, Doc Rivers didn’t choose the Clippers over the Celtics because of ownership. What I do find ever so slightly concerning about Kerr spurning the Knicks is what this means for Phil Jackson’s vaunted Zen Master aura. 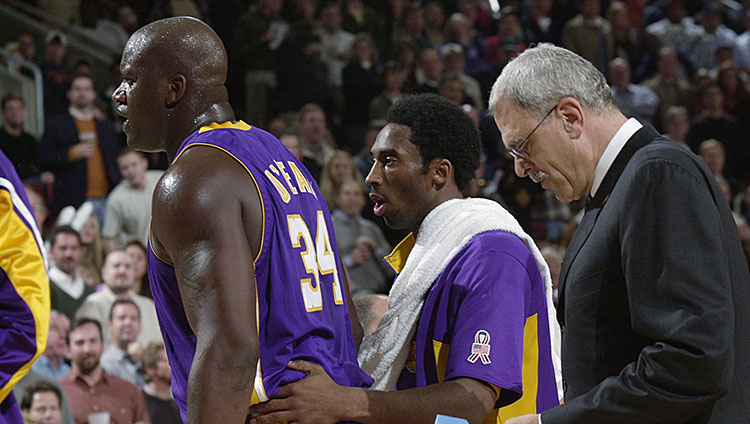 The optimism generated by Dolan’s hiring of Jackson was based, primarily, on Phil’s aura, his mystique, his stature as the ultimate winner and superstar whisperer. The triangle, for all of Phil’s success with the system, has been largely ignored by the modern NBA coach. The handful of times that the system has been implemented by non-Phil coaches have not been successful. Those failures can also be chalked up to poor rosters, sure, but that just adds to the overarching image of the system as something that works swimmingly, as long as you have MJ, Pip, and Rodman, or Shaq and Kobe. Knicks fans, to generalize the opinions of several million human beings, are not excited about Phil because he will install the triangle.

What’s exciting about Phil is his reputation as the ultimate winner. It gives him the stature to ignore Dolan’s franchise-damaging whims. I’ve always contended that Dolan is, counterintuitively, almost a great owner. He’s willing, eager even, to spend sums roughly equivalent to a small nation’s GDP on the team. He wants to win. He’s unswayed by stories in the press, and is loyal to his employees. His fatal flaw is he’s been loyal to the wrong fucking people, as best evidenced by Isiah Thomas’s continuing Rasputinesque presence in Dolan’s orbit.

The press conference announcing Phil’s hiring was most notable for the star-struck manner that Dolan affected toward Phil, and the way Dolan seemed eager, as if throwing off a great burden, to cede control to Phil and his winner’s mystique.

Does Phil missing out on his first choice damage his allure? I think it dims the glow a bit, yeah. Anyway, let’s hope Dolan is still blinded by it.