So, About That FIFA Job: Some Possible Sepp Blatter Replacements 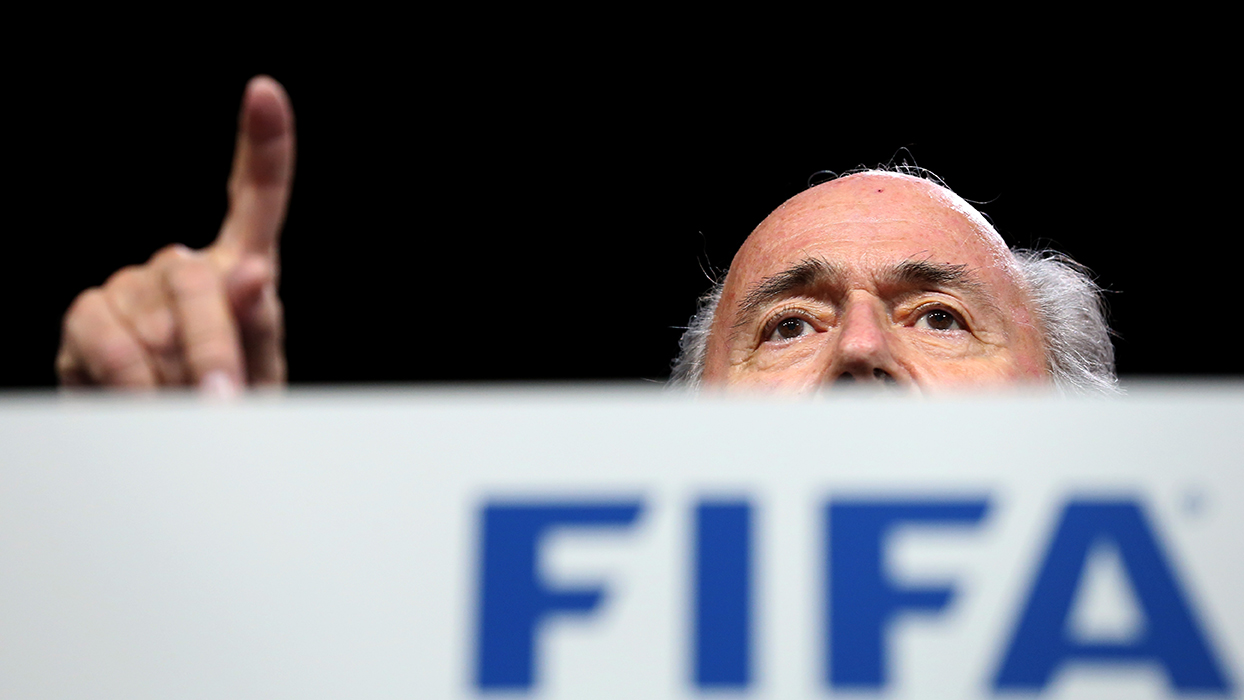 FIFA president Sepp Blatter has announced his resignation. Blatter just won reelection as the head of soccer’s governing body on Friday, but as details about the corruption charges against many high-ranking FIFA officials were unveiled, pressure was mounting. On Monday, one of his closest liuetenants, Jerome Valcke, was implicated in the controversy, making Blatter’s position untenable.

Blatter will continue to serve as president until FIFA elects the person to lead the organization forward. According to the New York Times, “a special meeting of FIFA’s member nations will be called to elect a new president. According to FIFA’s rules, there must be at least four months’ notice given to members for such a meeting, so … the likely window for a new election is from December 2015 to March 2016.”

We’ll have more on Blatter’s reign tomorrow. For now, let’s look forward. Who are some of the men most likely to be polishing their résumé with an eye toward Blatter’s old Zurich office?

Jordan’s Prince Ali, the 39-year-old son of the late King Hussein, was Blatter’s rival in the most recent FIFA presidential election, conceding after being outvoted 133 to 73. He was the first candidate to challenge Blatter since 2002. Prince Ali positioned himself as a “change” candidate running on a platform of reform, and he had the backing of UEFA president Michel Platini and English Football Association chairman Greg Dyke. Oddly, he did not have the support of his own football confederation. Prince Ali is FIFA’s vice-president for Asia, but the Asian Football Confederation supported Blatter during the campaign.

According to the Guardian, Prince Ali was “running on a platform of transparency and grassroots development.” His candidacy was based largely around decentralizing FIFA’s power, and he told the Times, “We want to get to a day when people don’t even know who the president of FIFA is. When that happens, we will know that the organization is being run the right way and with the right priorities.”

He is the most obvious choice to succeed Blatter, but there are others who could seize the opportunity. 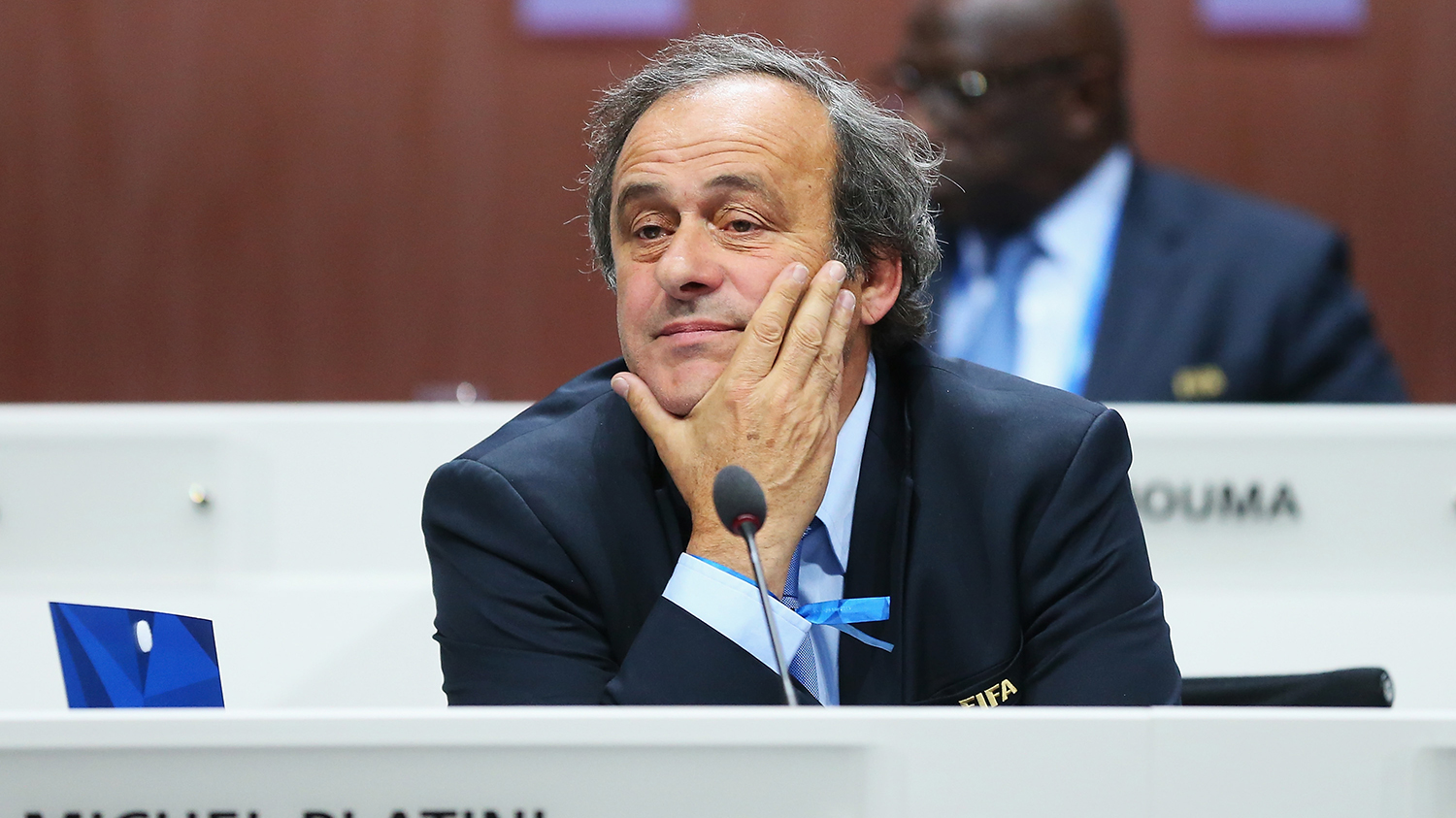 On first glance, Platini is the perfect choice. He is considered one of the iconic players of the last 35 years, winning the European Cup with Juventus and the European Championship with France. He is the head of UEFA, has been an outspoken critic of Blatter, and has bemoaned the influence of money on the game. Former player? Reformist? Already in charge of European soccer? Not so fast.

One of the most galling of FIFA’s recent screwups has been the bid and buildup to the 2022 World Cup in Qatar. There have been allegations of bribes paid to FIFA officials to secure the World Cup in the first place. And since winning the bid, Qatar has been accused of human rights violations; there are reports of migrant workers, brought to the country to work on the construction of stadiums, dying by the hundreds. No human, much less a soccer fan, can support the Cup being played in Qatar.

Platini has been implicated in the bribery scandal, though he denies any wrongdoing. He is seen as having ties to the Qatari royal family, perhaps facilitating their purchase of the French club Paris Saint-Germain. And his son is the chief executive of Burdda, a sporting goods company with a Middle East office in Qatar. 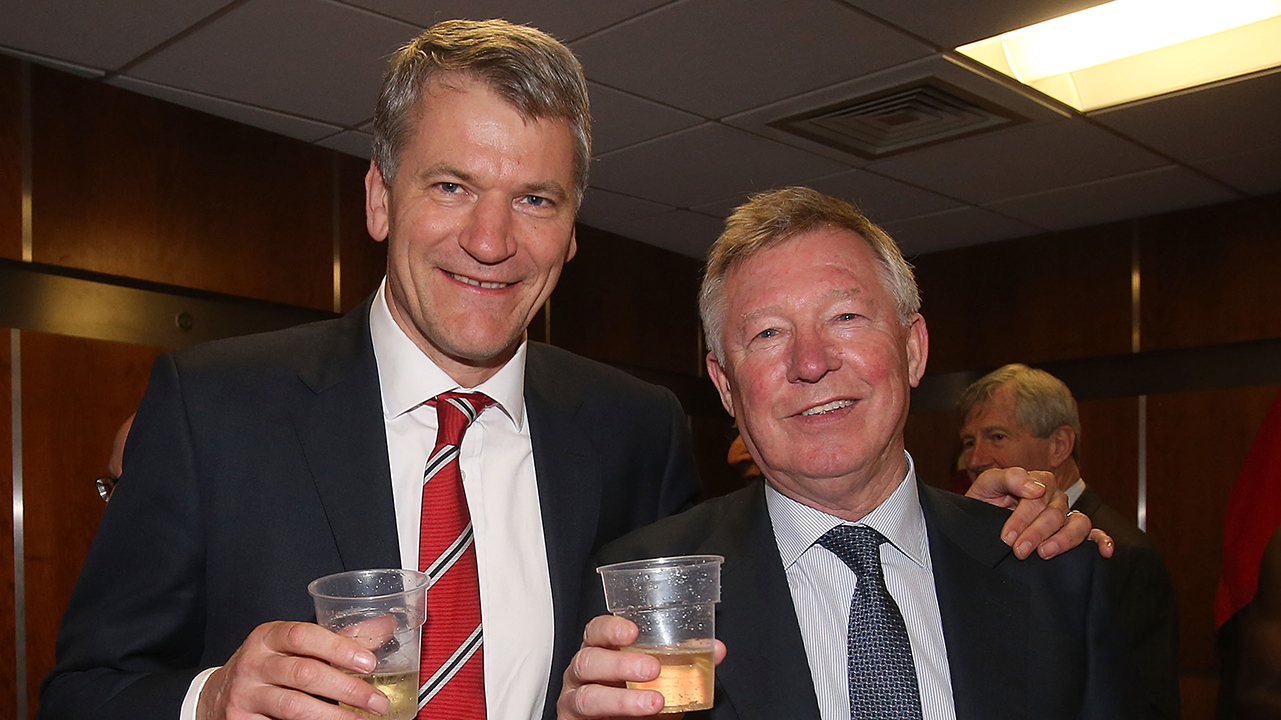 Gill is the man in the picture above who is not Sir Alex Ferguson. If you’re looking for a steady hand and someone with a mind for overseeing the global expansion of the game, it would be hard to find a better candidate. Over the course of 10 years as chief executive at Manchester United, Gill helped turn the club into one of the most recognizable and revered franchises in professional sports. He has also served as the vice-chairman of the Football Association in England, and he was slated to join FIFA’s executive committee before he turned his back on the job to protest Blatter’s reelection.

Liverpool fans would probably be pretty pissed off about this.

When Blatter’s presidential opposition consisted of three dudes earlier in the year, Van Praag was the obvious, more conventional choice — especially in comparison to Prince Ali and former Real Madrid star Luis Figo. Van Praag was the head of Dutch club Ajax through their modern glory years, serving as chairman from 1989 to 2003. After Ajax, he took over as head of the Royal Dutch Football Association in 2008, and he’s been there ever since.

Also a member of UEFA’s executive committee, the 67-year-old seems like one of the few immediate options with any real bona fides in the soccer-politics world. Whether that’s a good or bad thing, who knows, but FIFA-as-currently-constructed won’t just suddenly disappear, so having someone who can make his way through the endless maze of committees and federations that make up the bureaucracy of world soccer seems practical, at the very least. Other positives: Johan Cruyff supports him; his website is called Football for Everyone; and he once referred to soccer’s governing body as “The FIFA.” Here’s Van Praag making his case in January: “The Fifa has to be normalised and the Fifa has to be modernised. And in my business life, but also in Ajax and also in my [Dutch] association, I went through this exercise many, many times, so I have a lot of experience in that aspect. So I believe I am the right person to do it.”

He couldn’t do any worse than Blatter.

Here’s 70 Years of Basketball History in One Graphic