Roster Doctor: Keeping Up With the Call-ups 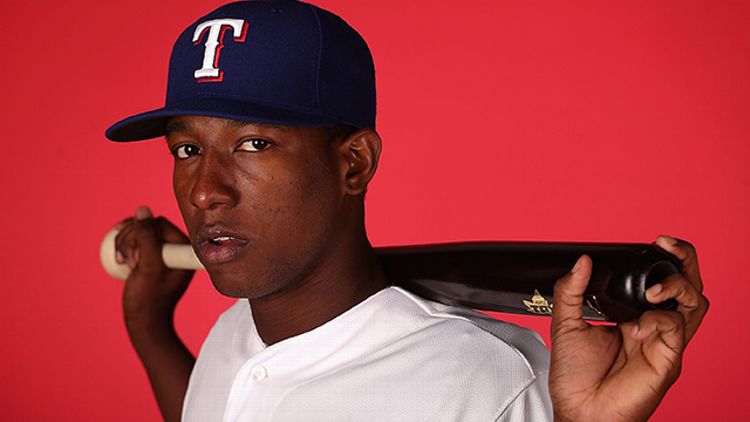 Lots of fantasy news to report over the past few days, so let’s dive right in:

It was supposed to be Dylan Bundy. At the tail end of the Orioles’ shocking run to the playoffs, they called up the then-19-year-old Bundy to toss a couple of innings in relief. A consensus top-three prospect heading into this season, Bundy was believed to be the next in waiting for the Orioles rotation. His elbow wouldn’t cooperate. Bundy hasn’t thrown a single inning in the minors or majors this year, and is out until at least mid-June after receiving a series of platelet-rich plasma injections in his right elbow. For most teams, having a pitching prospect of that caliber go down would be a crushing blow. Not so for the Orioles, who’ve subbed in one no. 4 overall pick for another, culminating in Gausman getting the call less than a year after getting drafted.

You should pick him up immediately. We’ve talked at length about streaming starting pitchers, and more broadly about Matthew Berry’s Wandy Line, which states that certain pitchers should be kept all season, while most others can be picked up and dropped depending on matchups. When an elite prospect gets called up, we don’t yet know on what side of the Wandy Line he’ll fall. Better, then, to grab him right away and see how things shake out. In 46⅓ innings at Double-A Bowie this year, Gausman struck out 49 batters, walked just five, and allowed just three home runs. Eight starts above Single-A don’t provide much of a sample size, but the Orioles’ rotation is swimming in no. 4 and no. 5 starter types. Gausman may or may not be ready to dominate in the big leagues, but he has more talent than any of Baltimore’s current starting five. This is the Jose Fernandez call-up, only on a legitimate, contending team that stands to win more games with their phenom’s promotion.

Gausman’s first start comes Thursday against the Jays. In standard mixed leagues, go ahead and start him. Worst-case scenario, you absorb one rough start, drop him, and move on to the next streamer. Best-case scenario, you’ve landed a very rare commodity: an ace worth keeping for the long haul, or at least until August, when Gausman would hit his likely innings cap.

If you can sell high, do it. Profar might have more tools than any other prospect in the game, but he doesn’t figure to have anywhere to play when Ian Kinsler returns from the disabled list. At one point the thought was that Kinsler could move to first base, bumping Mitch Moreland to the bench and opening a middle-infield spot for Profar. But Moreland has been on a tear, making the unlikely proposition that Texas might have Kinsler try to learn a new position in the middle of a pennant-chasing season even more unlikely.

If someone in your (non-keeper) league is seduced by Profar’s prospect sheen and is willing to give up someone who can help you win now — even if it’s a relatively boring player like, say, Jed Lowrie — do it. Sure, Kinsler could miss more time than expected, Elvis Andrus could get hurt, or Profar could play so well that he makes it impossible for Ron Washington to bench him or for Jon Daniels to send him back down. But as things stand, he figures to be up for another week and a half, splitting time with Leury Garcia until Kinsler returns. Pass.

The Rockies are saying it’s just a short-term issue, simple inflammation around scar tissue in his right groin, not enough to land their regular closer on the disabled list. Betancourt is supposedly due back on Friday, after getting pulled from Tuesday’s appearance having thrown just two pitches. Whatever happens with Betancourt, consider this an opportunity to grab Rex Brothers. The 25-year-old left-hander has been terrific this season, ceding just 16 hits and eight walks in 21⅓ innings, striking out 21 batters, and allowing zero homers, with an 0.42 ERA and 2.19 FIP.

Brothers saved Wednesday night’s win over the Diamondbacks, making it clear that the Rockies consider him the closer for as long as Betancourt is out. Brothers has ranked among the league leaders in strikeouts among relief pitchers for the past two years, with 11 Ks per nine innings last year, 13 the year before. In all but the most ludicrously shallow leagues, that skill set and job status warrants a pickup, whether Brothers earns 20 more saves this year or two.

… and does it with a complete-game, three-hit, one-run, 10-strikeout gem at Coors Field, no less. Yes, of course Corbin’s 20-win pace and 1.44 ERA are due for some regression. That 88.2 strand rate? It will go down. That 3.9 percent home run–to–fly ball rate? It’ll go up. But there’s a difference between prudently planning for regression and overreacting to a perceived sell-high situation by ditching a pitcher who could be this year’s version of 2012 Wade Miley (16 wins, 3.33 ERA, despite bringing a lesser pedigree than Trevor Bauer, Tyler Skaggs, and other Diamondbacks pitching prospects).

Pitchers don’t need to rack up strikeouts at Yu Darvish–esque rates to excel. In Corbin, you’re getting a pitcher who has ramped up his fastball velocity and actually owns the third-most-effective fastball in the game so far this year, behind only Jordan Zimmermann and Clayton Kershaw. He’s striking out nearly three batters for every walk, with a ground ball rate up around 50 percent, while playing for the top defensive team in baseball this year. If you don’t own Corbin, inquire to see what it might cost to get him. Yes, you’d be buying high. But there’s nothing inherently wrong with buying high, assuming the player you want can continue to perform, even if it’s down a little from current levels. Corbin’s current owner almost certainly won’t demand anything close to an ace’s price. Worth a shot.

If you’re in a weekly league and planning ahead for next week, here are some streaming options worth grabbing now:

• Jhoulys Chacin, Jorge de la Rosa, and Tyler Chatwood at Houston, with Chain and de la Rosa getting second starts against the Dodgers

• David Phelps vs. the Mets

Good luck out there, and remember, no one wants to hear about your fantasy baseball bad breaks … but I will tolerate them.