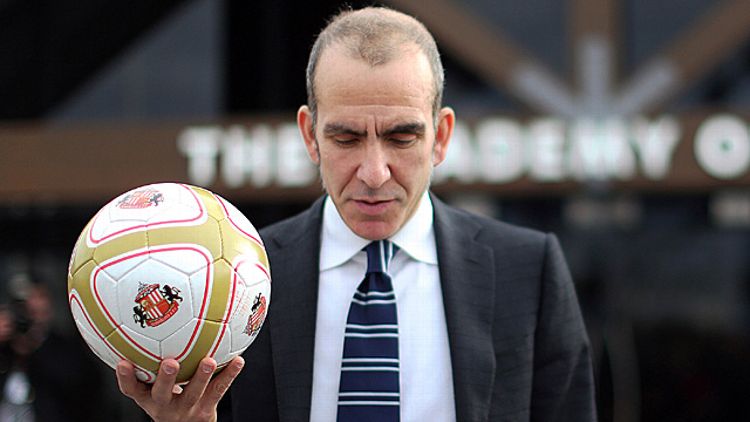 So on Sunday night I get a text from Phil about fascists.

Phil is my designated friend for casual abuse around the sporting arena. We share text messages full of sarcasm and invective that may well act as a social service for those around us, by being a valve for expressions of frustration and negative emotional energy that would otherwise find its way into incidents on the subway. He supports a Premier League team that’s not as successful as they used to be, but one that gets by on faded grandeur and the occasional cup win. I support a team whose name appears on the Wikipedia page for the phrase “Yo-Yo club” (since I started supporting Sunderland, they’ve been promoted eight times, relegated seven, and have been eliminated in the playoffs three times — suffice it to say, the season run-ins are usually lively one way or another).

Seen from the outside, my exchanges with Phil about the respective “fortunes” of our teams could be likened to the cast of Downton Abbey riding a small model train that’s going in sedate circles, with occasional breaks for ice cream, during which the oversize passengers exchange hurled rocks with waifs on an adjacent ceaseless roller coaster (waifs who’ve ceased throwing up and are now mostly in a troubled, fitful sleep except for the jolt of the tracks every time they pass “Go”).

So, anyway, Phil texts me because, in 36 hours, Sunderland has lost to Manchester United (not unusual in itself — though the sense of a Manchester United picnic was particularly pronounced this year, and I’m convinced Shinji Kagawa was wearing a bib); sacked their manager, boyhood Sunderland fan Martin O’Neill; and replaced him with the professionally misunderstood Paolo Di Canio. Just another weekend in the North East of England.

Phil is clearly concerned I might have missed any of these developments, or possibly be unaware of the background of Paolo Di Canio, more of which in a moment. As it happens, when Phil texts, I have been rather disengaged by my standards. For one thing, I’ve seen this coming — with eight games to go (including the Manchester United match) Sunderland have been in wretched free fall. They’ve just lost their one goalscorer, Steven Fletcher, to injury for the rest of the season, the rest of the team are woefully out of form (a writer for local fanzine A Love Supreme spoke yesterday of a fan suggesting they start selling “I remember when Adam Johnson was a footballer” T-shirts), and O’Neill had gone from a figure leaping into the air for every Sunderland goal, to a haunted looking, arms-folded, golem on the touchline.

No wonder. After the Man–United game, Sunderland face a run that contains (off the top of my head) Chelsea, Newcastle, Barcelona all-time XI, FC PeleClones, the Winds of Justice Athletic, and a final-day trip to Tottenham. A tough one, in other words. So people who wondered why Martin O’Neill had started to look so muted on the touchline are rather missing the salient phrase in his bio: “boyhood Sunderland fan” — O’Neill knew how this was going to end.

[Spoiler alert: If you don’t want to know how Sunderland’s season was destined to end had O’Neill remained in charge, look away now.]

Needing a point to stay up on the last day, Martin O’Neill spends 94 minutes watching his team compliment Gareth Bale on his hair, while also bizarrely managing to put together an unprecedented passing sequence that shames Argentina’s effort against Serbia (but ends with an agonizing ricochet off the bar). In the fifth minute of injury time, with the score at 0-0 and with play ended at all other stadiums, Titus Bramble scores an own goal, despite having been subbed out in the 67th minute and by now apparently Instagramming photos of himself from a nightclub near Leicester Square. Tottenham qualify for Europe, Sunderland are relegated. Phil’s texting thumb breaks (horribly).

The other reason I was less than engaged this weekend was that my parents were in town to meet their grandson for the first time, and I was doing my best impression of an adult for whom sporting results were on a par with conversation about the weather (the old non-apocalyptic weather, that is).

My dad has a much healthier perspective on the place sports are supposed to occupy within the culture than I do, and he took me to my first Sunderland game in all innocence. He had no evangelical zeal for the team or the game; it was just something to do with his son, and I’d been badgering him to take me along to a Sunderland game, so we went. They won, 1-0, I was convinced it was always like this, and he was saddled with taking me again. He dutifully did so, repeatedly, then gave me the one ticket he had managed to get hold of for the game when Sunderland secured promotion to the old first division (now the Premier League) in 1980, making me promise to come straight back out at the final whistle — I didn’t — and not to tell my mother. At another moment, he indulged me in my decision to walk home alone after Sunderland were beaten, 7-6, on penalties after an epic 4-4 draw in a playoff final against Charlton in 1998. To this day, my dad lovingly effects interest in how the team are doing, for my benefit, even though he can’t always remember who they’re playing, and even though he uses phrases like “I like to see all the North East teams doing well,” and even if his historical knowledge of the club extends to asking me to remind him “who the blond-haired center half was, that I thought was quite good?” (Shaun Elliott — who in fairness to my dad, was indeed wasted on the early 1980s Sunderland, and who, after a vicious Graeme Souness tackle broke his leg, was never quite the same, and eventually ended up playing for the old Seattle Sounders and, finally, the Albany Capitals here in the U.S.).

My dad has basically been thoroughly supportive without showing any inclination to catch any of what I might have. And even if an intervention might have been a more appropriate parental action than season tickets back in the day, he’s never stood in the way of my ongoing low-level struggle with consistent disappointment, and indeed has had the kindness and good manners to ask me about it as if it matters. In turn, over time I’ve learned to talk about the subject lightly with him, so that as far as he’s concerned, I’m the missing supporter verse from Rudyard Kipling’s “If,” squarely treating the triumphs and disasters of what may soon be seeing my team’s 16th (SIXTEENTH) status-changing season with rueful equanimity. And not seething resentment.

So with three generations in the house, including a 4-month-old innocent of such irrational attachments to remote events, this was as good a weekend as any for me to gain some perspective on the ongoing dramedy of Sunderland AFC. And even when O’Neill was sacked on Saturday night, for the first time in his career, we’d mentioned it only in passing the following day, and other than a further glancing reference to my son looking like a possible “center back … or whatever he wants to be …” that was that for sporting references for the day.

And then, sometime as I was cleaning up in the kitchen after my parents’ farewell dinner, Sunderland appointed Paolo Di Canio, and Phil texted me. And I had a decision to make about whether to engage.

There’s a lot to engage with. Di Canio is a polarizing figure. As a player, he had an extraordinary touch and was capable of scoring goals like this:

He was also an emotional character who was capable of impulsive moments of stupidity like this:

Which would normally be enough to see him classified under that catch-all banner “mercurial,” were it not for the fact that he also has a Mussolini-inspired “DUX” tattoo, and was once banned for giving a fascist salute to Lazio fans while playing for his beloved Roman team — later telling Ansa news agency, “I am a fascist, not a racist. I made the Roman salute because it’s a salute from a comrade to his comrades and was meant for my people. With this stiff arm I do not want to incite violence or racial hatred.”

Immediately after Di Canio’s appointment, Sunderland vice-chairman and former Labour party leadership candidate David Miliband tendered his resignation, citing Di Canio’s past political statements (though he already had a foot out the door, en route to a charity job in New York), while on Monday morning, the club, facing a backlash, was forced to issue a long statement defending Di Canio’s character, including a rambling statement from Di Canio himself about his “pillars and values,” and even a some-of-my-best-friends allusion to Trevor Sinclair and Chris Powell. No mention was made of former teammate Shaka Hislop, who ended their friendship in the wake of the initial salute incident. And just so we’re clear, this was not a David-Bowie-at-Victoria-Station ambivalent gesture, but a snarling straight-arm salute to the Lazio Ultras, a group who have been historically a little less concerned with the distinction between fascism and racism than Di Canio.

In the wake of the Sunderland appointment, the team message boards went predictably rabid, with those who insisted politics has no place in the game and who were concerned exclusively with impending relegation pitted against those who suggested that maybe, just maybe, someone prone to making admiring statements about fascism was an unfortunate choice for a team built on the support of generations of unionized shipbuilders and mine workers, in a city struggling to create a post-industrial identity amid the social tensions of a double-possible-triple-recession, and where the far-right BNP party have been trying to mobilize support. For whatever reason, Di Canio won’t modify his language, let alone his beliefs, for his new surroundings, though there are any number of fair-minded writers willing to offer relativist context on his original remarks and the context of the word fascism in Italy, etc. A few curious Sunderland fans may have found themselves rather better-versed in nuanced definitions of quasi-spiritual third ways beyond obsolete ideologies of Marxism and capitalism this morning.

Personally, I’ve seen 28 Sunderland managers in my lifetime (some, such as Pop Robson, caretakers only in charge for a game, but managers nonetheless). Di Canio will be the 29th. On Sunday night, I saw the story break, knew how the story line would run and also my gut take on the matter, and in the end, it really wasn’t much of a decision. I sent Phil a halfhearted text back about sitting it out until no. 30, then I went back in to spend time with my dad and my son, to talk about anything else. Sunderland might get relegated again. They might survive. Di Canio will eventually leave, just as Martin O’Neill, Steve Bruce, Ricky Sbragia, Roy Keane, and the others did before him. In the meantime, it’s tough enough watching this lot play without holding your nose.