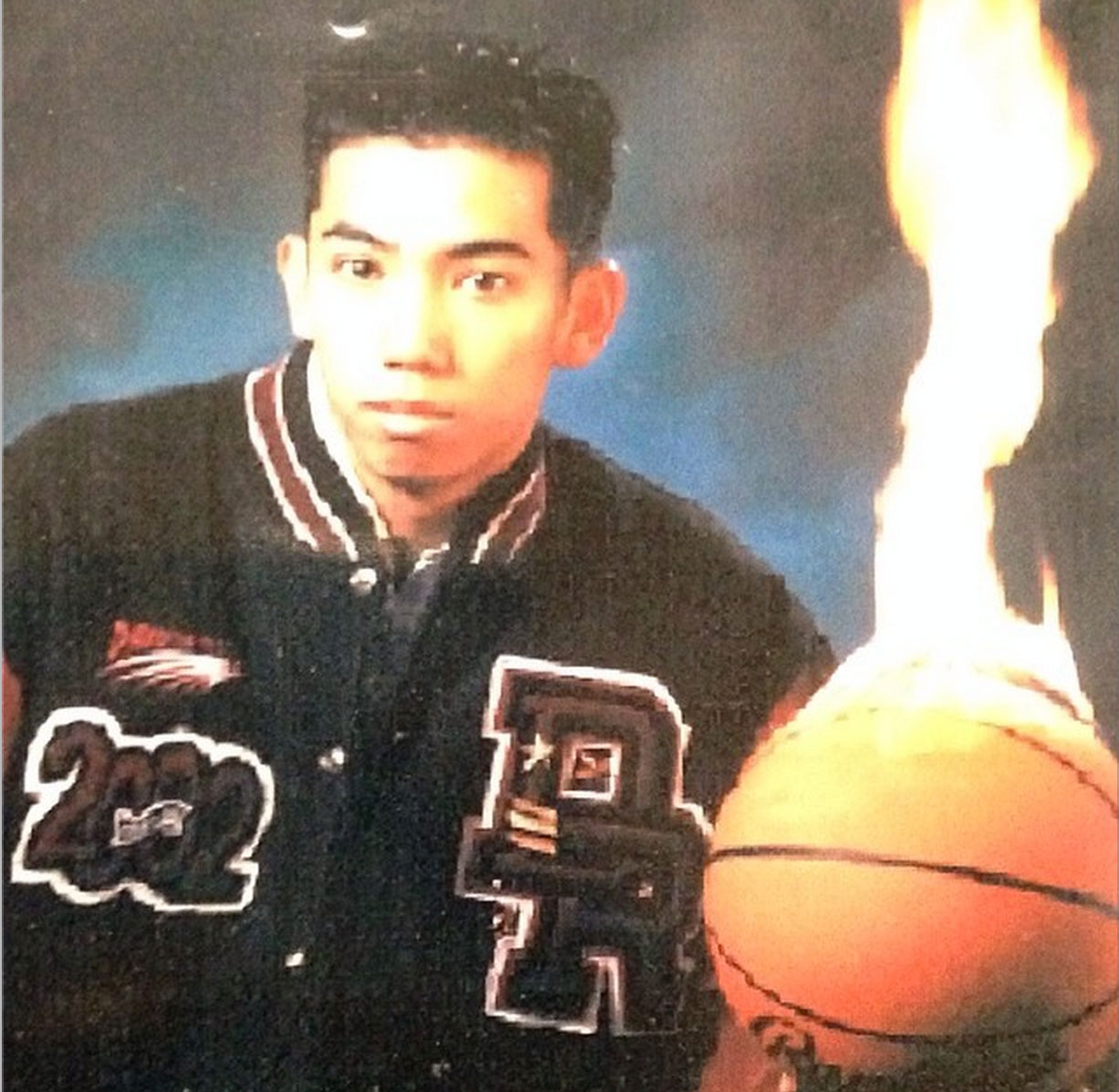 The Philippine Department of Tourism likes to use the catchphrase “It’s More Fun in the Philippines” to promote the country to foreign visitors. Let’s hope that in future ad campaigns, they include Philippine Basketball Association forward Jared Dillinger’s #throwbackthursday Instagram post as one of the examples of how fun the country is.

OK, so Dillinger’s senior photo wasn’t taken in Manila: He grew up in Colorado, went to high school there, and split his college career between the Air Force Academy and the University of Hawaii. But the 6-foot-5 forward decided to post this splendiferous photo while living in the Philippines, where his mother is from, so the archipelago has a legit claim to “more fun” credit here. In his caption, Dillinger jokes about his flattop and suggests that once upon a time, he and Iman Shumpert had the same barber.

You know what Iman Shumpert almost certainly did not have, though? THE FLAMING BASKETBALL PROP. Why was this not available at my high school? Is there anywhere I can take a portrait photo with a flaming basketball, like right now? This picture isn’t more fun, it’s the most fun.

Kudos to Dillinger, who’s among the pool of players being considered for the Philippine national team’s roster at the 2014 FIBA World Cup. If he makes the team, I expect him to dunk a flaming basketball on Luis Scola in the Philippines’ group-round game against Argentina.