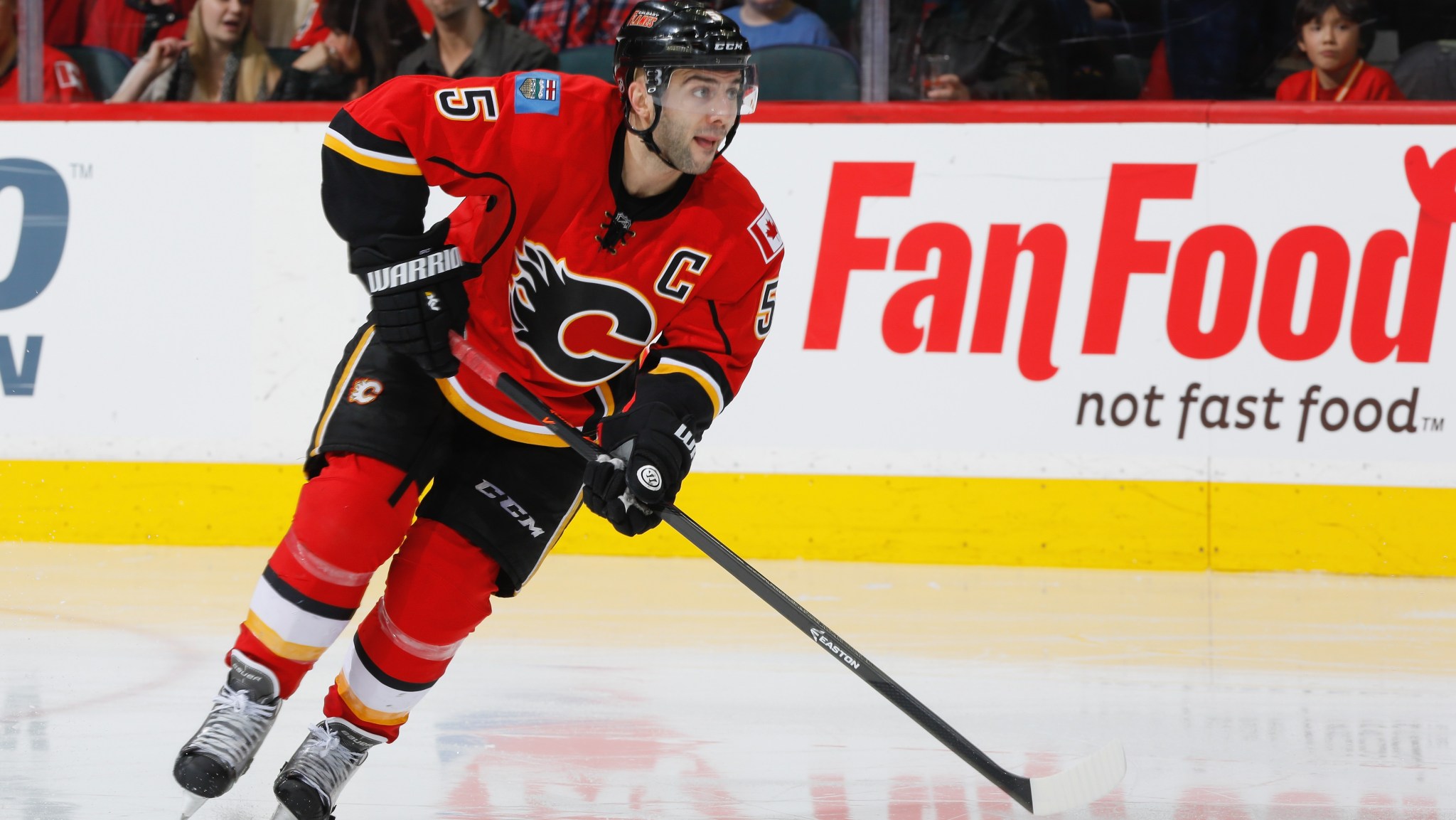 Theme of the Week: Is This the Year a Goalie or Defenseman Wins MVP?

The midseason mark typically presents an opportunity to start narrowing down the various awards races, picking out the front-runners and shrinking the fields down to a handful of realistic contenders who voters can focus on for the rest of the season. But when it comes to the biggest award of them all — the Hart Memorial Trophy for league MVP — the first half hasn’t provided much clarity.

While a player’s value can be measured in many ways, the Hart Trophy often just ends up going to the league’s leading scorer — the Art Ross winner has also been named MVP in eight of the last 11 seasons. But this year’s tight scoring race clouds the picture, with 16 players within 10 points of Jakub Voracek’s league-leading 53. A look down the top 10 further complicates things. Alexander Ovechkin, who’s earned three of the last seven Harts, is nowhere to be found. Sidney Crosby and Evgeni Malkin, who’ve combined to win three more, are both near the league lead, but two players from the same team posting similar totals could end up canceling each other out.

Meanwhile, two of the season’s breakout stars, Philadelphia’s Voracek and Dallas’s Tyler Seguin, play for teams that look likely to miss the playoffs, which still stands as a deal-breaker for many voters. And other top scorers like Vladimir Tarasenko and Tyler Johnson are relative newcomers who might find it difficult to garner much leaguewide support this early in their career.

All of this may open the door for a rare sight: a non-forward taking home the league’s top individual award. The Hart Trophy has evolved into the near-exclusive domain of centers and wingers, who’ve won 37 of the last 41 awards. Only six goaltenders have won the award in its 90-year history, and only two have done so since 1962 — Dominik Hasek, who became the only goalie to win the award twice when he took it home in 1997 and 1998, and Jose Theodore, who won a tiebreaker over Jarome Iginla in 2002.1

Defensemen have had an even tougher time in the post–Original Six era. Since Bobby Orr’s three straight Hart Trophies from 1970 to 1972, only one defenseman has been named MVP. That was Chris Pronger in 2000, when he edged Jaromir Jagr by a single vote. Since then, a blueliner hasn’t so much as been a finalist for the award.

It’s an odd phenomenon. It’s not as if there’s some sort of belief that defenseman and goalies can’t be valuable — the Conn Smythe, awarded to the playoff MVP, has gone to a non-forward 10 times in the last 20 seasons. Perhaps goalies and defensemen just fall into the same trap that pitchers do in baseball, with enough voters figuring “they’ve got their own award” that non-forwards can’t win without a season for the ages.

In either case, there’s a growing consensus that this could be the year to avoid the forward logjam. Plenty of voters seemed willing to throw their support behind Nashville goalie Pekka Rinne before his recent injury. Some of that support now seems to be drifting toward Carey Price, and Roberto Luongo has earned some consideration. There hasn’t been quite the same level of support for defensemen, although Calgary’s Mark Giordano gets an occasional mention.

Only time will tell whether the current mood among Hart voters continues, or whether they retreat back to the more comfortable forward ranks as the season wears on. Of course, any of the top-scoring forwards could make the whole discussion moot with one long hot streak (and Crosby, with seven points in his last three games, may already be doing just that).

But for now, at least, there’s some momentum to mix things up. That alone could be enough to make this year’s voting a little less predictable.

5. New York Islanders (30-14-1, plus-19 goals differential): They edge out the Lightning for the fifth spot after earning big wins over the Penguins and Rangers by a combined score of 9-3. (We’ll just pretend we didn’t see Saturday’s letdown game against the Canadiens.)

4. Chicago Blackhawks (28-15-2, plus-34): We’ve had them ranked no. 1 for six weeks, but there’s no denying that the Hawks just haven’t looked like themselves in the new year, going 3-5-0 against a schedule devoid of any top teams.

3. St. Louis Blues (28-13-4, plus-35): It wasn’t hard to predict the Martin Brodeur experiment wouldn’t end well, but that doesn’t make it any easier to watch it all play out.

2. Anaheim Ducks (30-10-6, plus-12): They’ve earned four consecutive wins, including a big one over the Kings on Saturday in what may have been the weekend’s best game. And they’re still unbeaten in regulation in one-goal games.

1. Nashville Predators (30-10-4, plus-34): The Central-leading Predators move into the top spot for the first time all season. Now the question is whether they have any hope of staying there.

We already mentioned Rinne’s injury and how it could affect Hart Trophy voting. But the more immediate concern is how it affects the Predators and their run at the Central Division title.

On the surface, news that Rinne will miss three to five weeks should seem devastating. Rinne has been fantastic, and while Carter Hutton is a solid option for occasional backup duty, he didn’t look good when Rinne was out long term last season. In fact, the Predators’ lack of a legitimate alternate to Rinne largely doomed them last year, as they cycled through options like Hutton, Marek Mazanec, and even (briefly) Devan Dubnyk.

Predators fans hoping to see signs the team can hold it together in Rinne’s absence didn’t get much reassurance Saturday night, as the Red Wings lit up Hutton for three goals on their first four shots. That was enough for Peter Laviolette, who gave Hutton the hook in favor of Mazanec. Mazanec played reasonably well in his first NHL action of the season, but the Red Wings coasted to a 5-2 win. Fill in your own disclaimer about one game and small sample sizes here, but it wasn’t pretty.

Rinne is just one player, and we tend to overestimate the short-term impact of a goaltender on his team’s record. It wouldn’t be a surprise to see the Predators continue to bank points at a decent pace, even with Hutton or Mazanec in the crease. But a decent pace may not cut it in the Central, with Chicago and St. Louis both chasing Nashville for the division lead. The Predators have opened up a bit of breathing room in the form of a four-point lead; it will be interesting to see how much of that they can maintain before Rinne returns sometime in February.

5. New Jersey Devils (16-22-8, minus-30): They’re barely holding off a handful of other Eastern teams, including the Flyers and Blue Jackets, for this spot.

4. Carolina Hurricanes (15-25-5, minus-25): With the Sabres pulling away, it’s probably time for Ron Francis to get busy and start selling.

3. Arizona Coyotes (16-24-5, minus-46): Speaking of selling … If you’re aiming for last place, trading your most effective goaltender isn’t a bad step. More on that below.

1. Buffalo Sabres (14-29-3, minus-76): It’s been inevitable for a while, but became official over the weekend: The Sabres have reclaimed last place overall from the Oilers. They’ve also lost 11 straight. They’re bad.

Earlier in the week, I started hearing from Minnesota Wild fans who wanted to know whether they’d be making an appearance on this week’s Connor Watch. Some seemed almost hopeful, as if they’d reached the acceptance phase of this year’s crash-and-burn and were looking for validation.

And my answer was yes, it sure looked like they’d be making their debut in the bottom five. The Wild had been in free fall for weeks, dropping down to last place in the Central, and things had reached the point when you figured Mike Yeo had probably already packed up a few boxes, just to get a head start. We’d already prepared for the Wild’s eventual appearance on our list weeks ago, and now it seemed like the time had come to pull the trigger.

And then came Thursday night’s 7-0 win in Buffalo, in which the Sabres looked like a team that had been personally insulted by someone else getting some of their “terrible team” buzz. That game marked the Wild debut of Dubnyk, acquired from the Coyotes a day earlier for a third-round pick.

Minnesota’s goaltending troubles had become almost comical over recent weeks, making a deal seem inevitable. Dubnyk was far from the sexiest name available — he struggled through an awful 2013-14 season and is now on his fourth team in two seasons. But he’d resurrected his career in Arizona and represented decent value for a Wild team that knows its season is probably over. On Saturday, Dubnyk faced his former team and helped the Wild earn a 3-1 win over the Coyotes, giving Minnesota its first two-game winning streak since mid-November.

There’s no guarantee Dubnyk’s going to be enough to keep the Wild off our list for the rest of the season, but for one week at least he managed to get the job done. Wild fans will be rooting for him to keep it up — at least, those fans who hadn’t already started dreaming of draft lottery day.

• Ugliest moment of the weekend: Chicago winger Daniel Carcillo’s crosscheck to the arm of Winnipeg center Mathieu Perreault on Friday. The latter appears to have avoided serious injury; the former has a hearing with the department of player safety today and is looking at a lengthy suspension.

• The Jets just keep winning, beating the Hawks and Coyotes to increase their win streak to four. Their 58 points are tied for fourth in the West.

• It was not a bad weekend for Kyle Okposo. The Islanders winger had four goals against the Penguins on Friday, then added a goal and an assist on Saturday in Montreal.

• Flyers defenseman Kimmo Timonen has received some potentially good news. While he still has blood clots in his leg, his lungs are now clear, and doctors won’t rule out the possibility that he could play again.

• The Flames have won three straight and moved back into a wild-card spot after Saturday’s win over the Sharks. That bumps the Kings out of a playoff spot, at least temporarily; the two teams meet tonight in L.A.

• Speaking of the Kings, congratulations to Rob Blake, who had his number retired by the team on Saturday.

• Ever since the schedule came out, Maple Leafs fans were dreading last week’s road trip through Los Angeles, Anaheim, San Jose, and St. Louis. They were right. The end result: four games, four losses, zero points, and just one goal scored. Toronto is now seven points out of the playoffs.

• The Rangers have reached a deal to lock up defenseman Marc Staal to a six-year extension worth $34.2 million. The deal prevents the 28-year-old from hitting unrestricted free agency, although not everyone is a fan.

• Finally, here’s Avalanche goalie Reto Berra scoring a goal during AHL action on Friday. Berra joins the ranks of pro goalies to shoot and score, while (more importantly) becoming the first to do the full bench high-five celebration afterward.