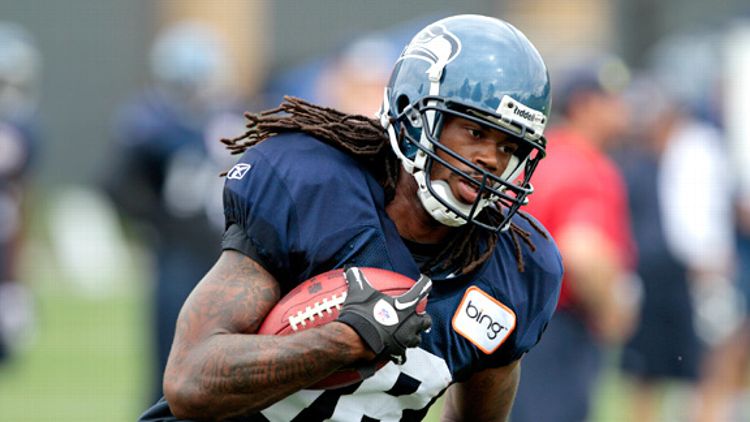 What do NFL players want? Is it the guaranteed money? The performance-related bonuses? The chance to win a ring? Or do they just want someone to come to their emotional rescue?

If you’ve read or watched anything regarding players who have signed with a new team during free agency, you have probably heard a player talk about how he felt “wanted” by his new team or how he didn’t feel “wanted” by the team he just left.

You’d be forgiven for glazing over when hearing such statements, because they’re usually couched with a number of other well-worn clichés such as “I just feel [insert X Team that went 6-10 the previous season] gives me the best chance for a ring” or “Personally, I have always been a fan of Buffalo in the winter.” You sort of take these things at face value.

But too many new signings talk about being wanted or not wanted for it not to mean something. Take, for example, wide receiver Sidney Rice, who signed a five-year, $41 million deal with the Seattle Seahawks, saying goodbye to Minnesota. According to Rice, what’s more important than the financial security offered by the Seahawks is what that security represented.

Speaking to the St. Paul Pioneer-Press, Rice explained his departure from the Twin Cities: “If you hear from them throughout the rest of the season telling you they are going to be in touch, are going to negotiate and it never happens, you’ve got to wonder — do they really want me there or not? I just didn’t feel it. … It came down to Seattle showing me they wanted me to be a part of the program.”

Sure, planking on $41 million is great, but apparently what Rice really wanted was to be loved. Or at least texted! When the free-agency window opened, Rice was flooded with contact from Seahawks GM John Schneider, coach Pete Carroll, offensive coordinator Darrell Bevell, and a couple of guys throwing sturgeon around at the Pike Place Fish Market. From Minnesota, Rice only heard from coach Leslie Frazier.

Rice is not alone in articulating a need to be needed. In Philadelphia, Asante Samuel is feeling like the odd cornerback out, greeting the arrival of Dominique Rodgers-Cromartie and Nnamdi Asomugha like this: “I want to be where I’m wanted,” Samuel said. “If I’m wanted here, then here. If I’m not appreciated here, then life goes on, and I move on.”

In comments that are sure to make Samuel feel even more like a guy who crashes his buddy’s date night at Chili’s, Asomugha had this to say about why he chose Philly over Dallas and the Jets: “When a team wants you, you can feel it.”

There’s also Tampa Bay’s Adam Hayward (“It’s great to feel wanted”), and St. Louis’ Justin Bannan: “The fact that they wanted me. They really went out of their way to let me know that.” Everyone is happy to be wanted, though few are as lucky as to hit the “wanted” trifecta like Kansas City’s Tamba Hali (“Scott already talked to me and wanted me here; coach Haley wanted me here; coach Romeo wanted me here.”)

What does this all mean? Well, it means NFL players are just like you and me. They just want to feel appreciated, fiscally and or otherwise. But I have to imagine, hearing all these guys talk about being wanted must make a lot of NFL front-office types want to react the way Don Draper did to Peggy Olson when she asked to be thanked …