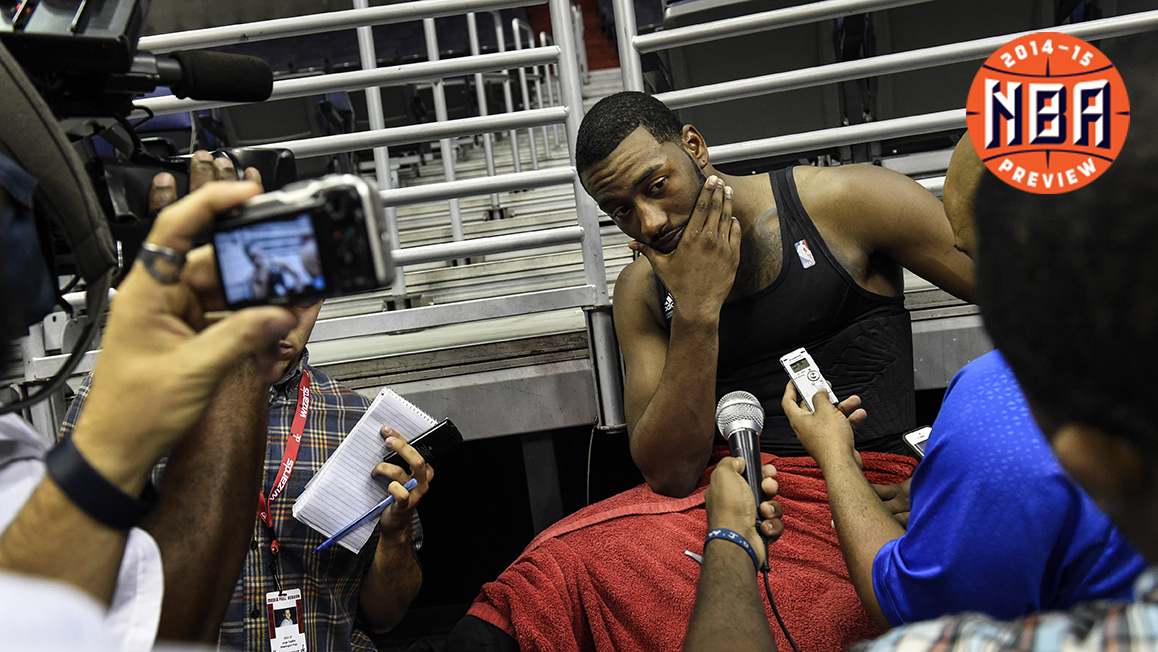 Have you seen him the past few days? On Monday, Adidas debuted his first signature shoe. Later in the day, Paul Pierce told the media that he chose the Wizards because of Wall. Then on Tuesday, Dion Waiters called out Washington’s backcourt and Wall reminded everyone why nobody listens to Dion Waiters. Wednesday, we found out he keeps a list of slights and criticisms on his cell phone, a completely meaningless detail, but one that sounds good if you’re trying to sound focused and extra-motivated.

It’s all happening right now. The window is just starting to crack open for John Wall the superstar, and he’s bringing Brad Beal, Paul Pierce, and the rest of the Wizards with him.

Of course, there are still plenty of people who think he’s overrated, and I actually understand where they are coming from. This is where things get complicated.

He’s been anointed as a superstar without ever putting up superstar numbers. He has three ridiculous plays every game when he looks like an alien, but then he’ll still make just as many decisions that make it look like his brain was stolen by the Monstars. He had a decent season last year, but his team probably wasn’t as overwhelming as you remember, and his shooting is still streaky as hell. He still can’t score enough to make the Wizards dominant every night. That meltdown in the Pacers series wasn’t entirely his fault, but he definitely wasn’t part of the solution.

If you want to make the case against Wall, it’s not hard. 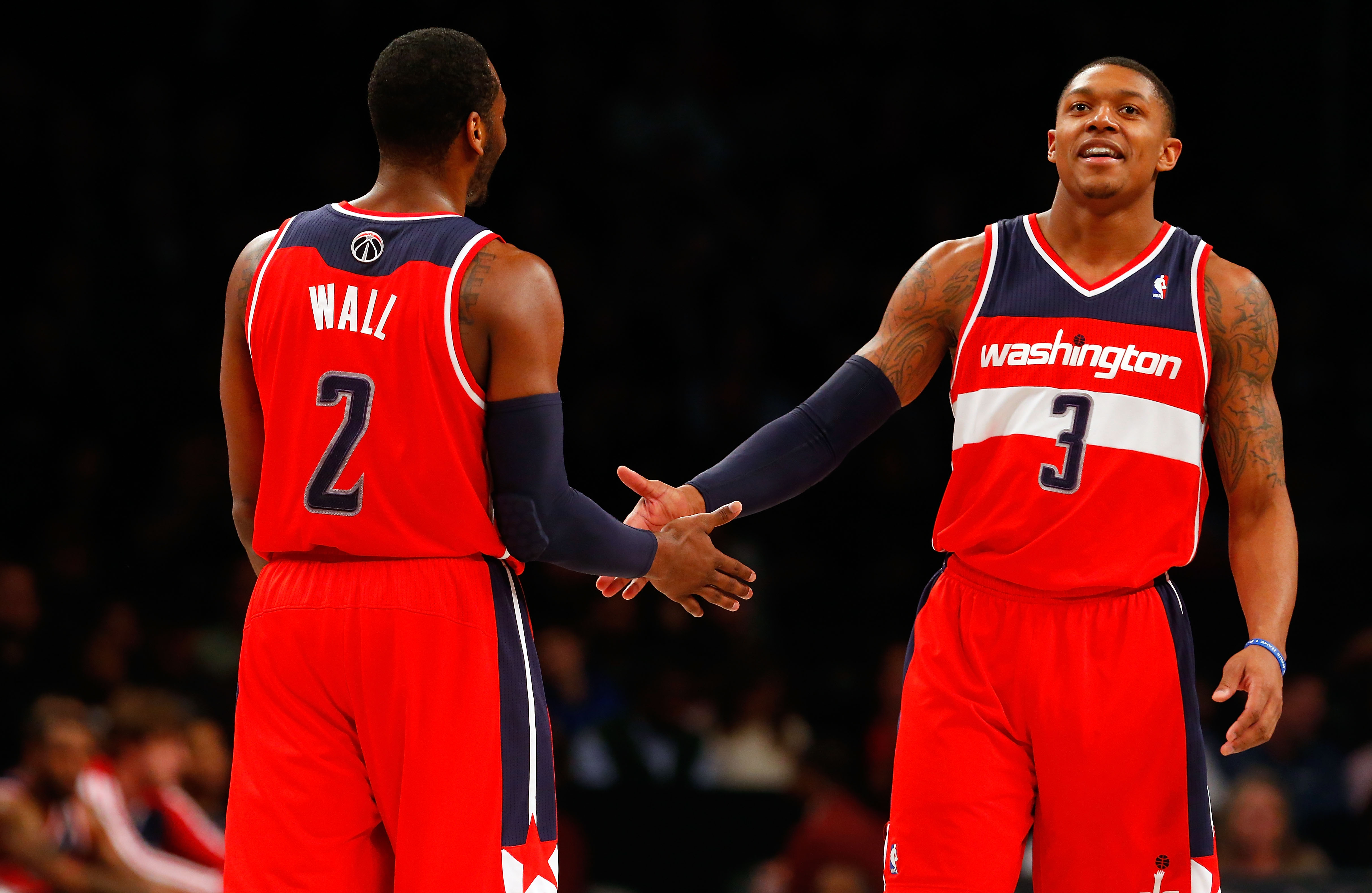 I don’t know whether it was his outer-space athleticism, the hype at Kentucky, or going no. 1 overall that did it. For whatever reason, Wall came into the league billed as a Derrick Rose/Russell Westbrook–type point guard, and that’s not quite right. Even now, most people still think of him like that. He can get to the rim at will, he won the dunk contest last year,1 and sometimes he can even knock down enough jumpers to look like a dominant scorer. But he’s at his best when he doesn’t have to do any of that.

Wall’s twice as deadly when he’s getting into the lane and kicking to wide-open shooters, dumping it off to big men, and wreaking havoc on fast breaks. He’s more Rondo than Russ or Rose. He can turn a defense inside out with passing, then he’ll add scoring to make it a little more unfair.

He’s impossible to contain off the dribble, he creates more made 3s than anyone in the league, and he gets a steady stream of layups for Nene and Gortat around the rim. When his teammates make those shots, he looks great and the Wizards win. When they don’t, the offense breaks down and everyone wonders why Wall isn’t Derrick Rose 2.0.

That’s what happened in the Pacers series. Paul George locked down Beal, Trevor Ariza disappeared, and the offense fell apart from there. This is when people like Colin Cowherd get to say “Told ya so” while Wizards fans swallow their tongues.

Maybe part of this goes back to Gilbert Arenas. That’s probably where my frustration started. Gilbert was the point guard who could carry the Wizards with scoring binges for weeks at a time. He could take over fourth quarters and nail game winners, and his swag was always phenomenal. But he was never stable enough to make them real contenders. With Wall, sometimes it seems like people want the stability to run a team AND the point guard who can explode for 30 a game on any given night. It doesn’t really work like that.

This is all a long way of saying that what you see in John Wall depends on what you’re looking for. If you’re expecting a franchise player who can carry a team and take over games, you’ll be pretty underwhelmed. But if you just look for a good point guard, you’ll see a freak of nature who makes more of a difference for his teammates than anyone on the floor.

It’s just something to keep in mind over the next year or two. If Wall’s about to become a star, he’ll get graded like one. People will expect him to take the Wizards close to the top of the East and deep in the playoffs, and if he doesn’t do it, all the Colin Cowherds will be vindicated.

But if you think about it like that, his teammates will go a long way toward defining how we talk about Wall. If Beal gets better, if Pierce has anything left, if Otto Porter and Martell Webster can give the Wizards anything at all … Those are the guys who’ll decide how far the Wizards go. The only guarantee is that John Wall will be getting them wide-open looks all year long.