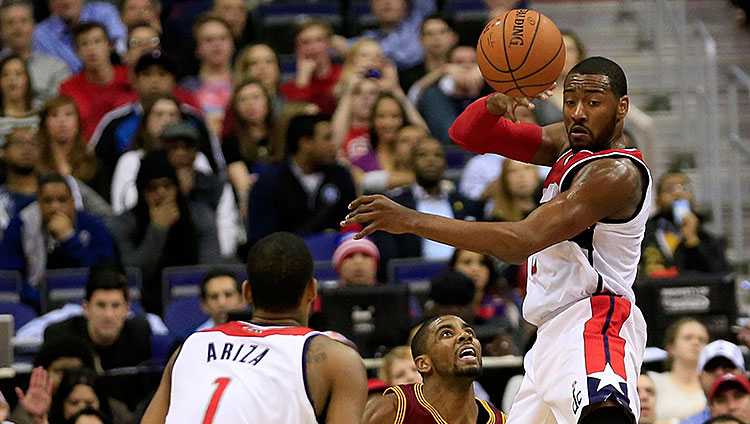 Last Wednesday night in Portland, the Blazers found themselves losing to the Kings late in the fourth quarter. Down two, they had the ball with 13.9 seconds left. After receiving the inbounds pass, Damian Lillard used a LaMarcus Aldridge screen near the top of the arc to attack the core of the Kings’ defense. Lillard raced past DeMarcus Cousins toward the restricted area and noticed Dorell Wright was left alone in the corner. Then Lillard made the pass that helped win the game.

Corner 3s are the fashionable jumper of the NBA. They’re one of the best value propositions on the floor — they are worth 3 points, but as a whole, the league makes almost 40 percent of them. However, as efficient as these shots can be, they don’t just happen; they’re concocted. In fact, like that shot in Portland last week, more than 95 percent of made corner 3s this season have been assisted, the highest such number anywhere on the court. 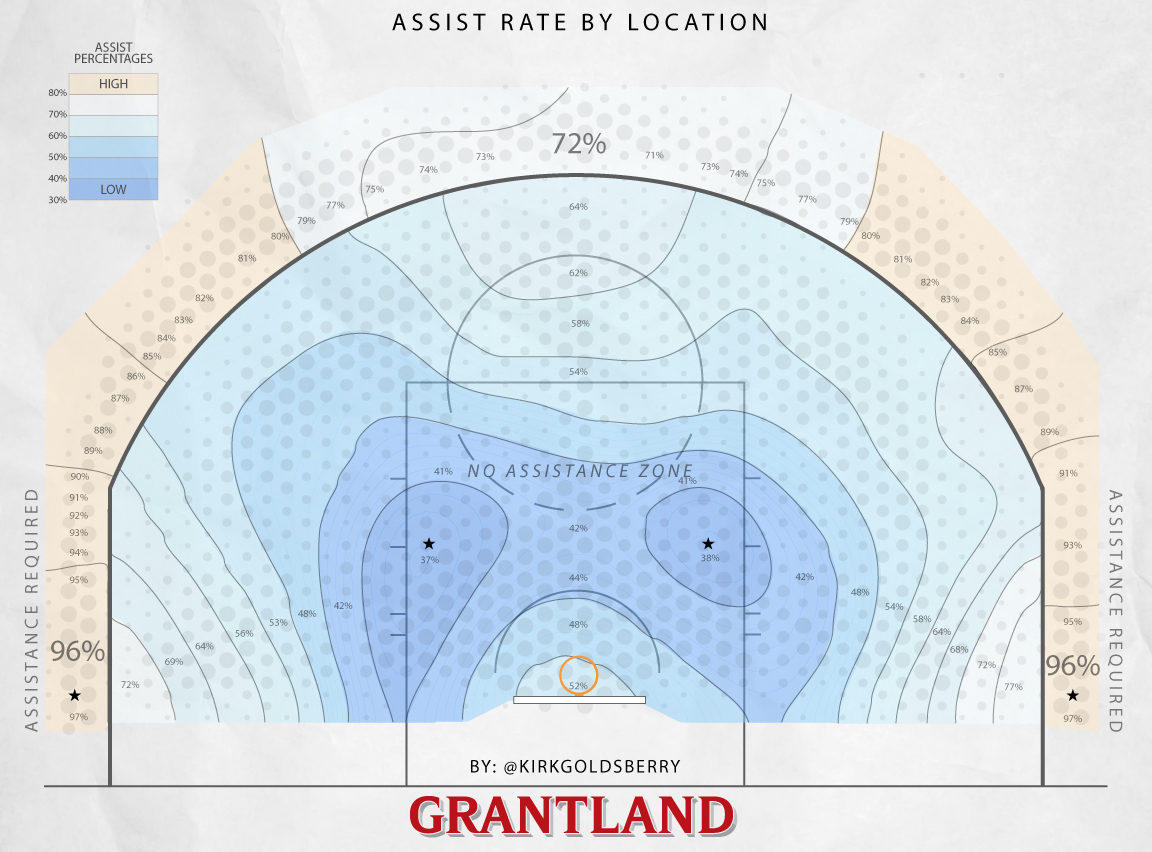 (Statistics in the graph above, and in this piece, are courtesy of NBA.com and ESPN Stats & Info, and are updated through April 14.)

As a whole, 84 percent of NBA 3s are assisted, yet this assist rate increases from 72 percent up near the top of the arc to over 95 percent in either corner; 3s at the top are more likely to be unassisted off-the-dribble jumpers, while 3s on the wings and in the corners are more likely to be catch-and-shoot opportunities. While it’s interesting to look at which teams and players make the most corner 3s, it’s also important to examine the origins of those made shots.

For example, although the Wizards’ Trevor “Contract Year” Ariza leads the NBA in corner 3s this season with 78, a whopping 77 of those have been assisted, which is not an unusual phenomenon among the most prolific corner 3 shooters.

Here are the players with the most corner 3s this season:

John Wall has assisted on 68 percent of Ariza’s corner 3s. Many of these have come in drive-and-kick situations, and many of the passes have originated near the right elbow, Wall’s favorite spot on the court.

Nobody in the league shoots more from near the right elbow than Wall. It’s not even close. When Wall drives toward that spot, he often collapses the opponents’ defense and forces help defenders to suck in from the perimeter. Here’s a perfect example from a game against Charlotte last month. Wall attacks the elbow, where he loves to take his favorite pull-up jumper, but as he rises to shoot, he changes his mind when he sees Ariza sliding open across the court.

And here’s a very similar example against Chicago.

When it comes to corner 3s, Trevor Ariza is Art Garfunkel; John Wall is Paul Simon. They make beautiful music together, but Ariza is just kind of standing there while Wall is busting his ass.

Corner 3s have a tendency to be among the most passive shooting plays on the court. Make no mistake, it’s clearly important that Ariza is able to find open spots and knock down open shots, but it’s also important to note that Wall is more often than not the begetter of those points.

Wall not only has assisted on the most corner 3s this season, but also leads the league in overall 3-point assists. His passes have led to 243 total 3-pointers, and 109 of those have been in the corners. Although his favorite partner in crime in the corners has been Ariza, Bradley Beal and Martell Webster are also very common collaborators. In fact, Wall is involved with three of the top six corner 3 partnerships in the league this year.

Most corner 3s combos this season:

If it’s true that the corner 3 is the smartest jump shot on the floor, and it’s also true that corner 3s are hardly ever created by the shooter himself, then it makes sense to give some shine to the players around the league who are helping create those great shots.

In the drive-and-dish NBA, five of the most talented playmakers lead the league in corner 3 assists. These guys are terrifying magnets for defensive attention and have a keen sense of court space and the ability to detect and expose defensive weaknesses in a split second. By placing them within space-based offensive systems, alongside talented perimeter shooters, their teams enable 3-point successes.

Still, given the sky-high assist rate in the corners, it’s worth exploring which individuals actually deserve the lion’s share of credit for these made baskets. By giving those points to guys like Ariza, does our current bookkeeping system undervalue players like John Wall?

Meanwhile, unassisted corners 3s are the white buffalos of perimeter shooting. They don’t come around too often. As it turns out, dribbling into the corner and firing up a 3 is very difficult, and perhaps unwise, as well. It takes a special kind of player to even attempt this task, as Rudy Gay demonstrates for us here:

Aside from the sidelines and the baselines, the 3-point line is probably the most important stripe on an NBA court. Its effect on NBA strategy is gigantic. While the emerging dogma of corner 3s, dunks, and free throws makes a lot of sense, there are a couple things that stand in the way of implementing a “smart” offense that emphasizes these shots.

First off, just as offenses are increasingly smitten with those shots, defenses are beginning to protect against them with heightened fervor. As a result, creating 3s is more difficult than ever, and in a drive-and-kick league, the importance of smart playmaking guards is at an all-time high. You know, guys like John Wall.