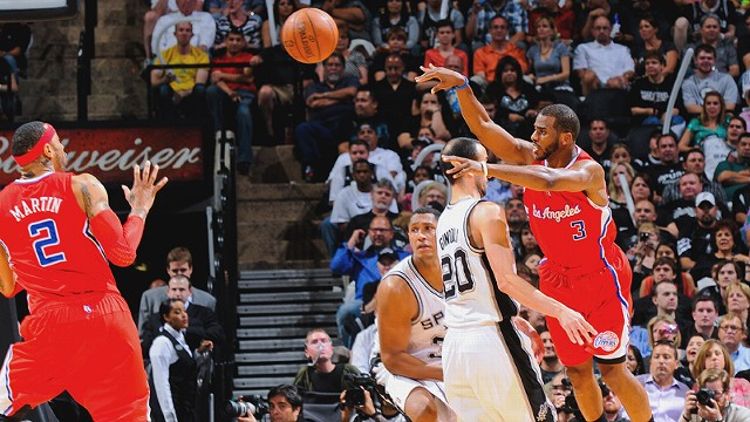 Last week, Grantland was pretty cool, right? It was just missing one thing. We were having a hard time putting our finger on it. Then it hit us: We needed a British guy commentating on video game basketball.

Thankfully, Anthony Richardson is back in the virtual building with another CPU vs. CPU playthrough of a NBA Playoffs match-up. Previous hardwood endeavors have included Thunder-Mavs and Celtics-Hawks. And this week, we have the Spurs vs. the Clippers.

As has become the custom with Anthony’s playthroughs, there is a prize. In previous weeks he has given away MS Paint drawings of famous basketball players such as Marty Conlon and Earl Boykins. This week, though, the person who guesses closest to the actual Game 4 score (in the comments section below) is in for something special: a still from the ’90s hit teen sitcom Hang Time.

As always, we beg of you to follow Mr. Richardson on Twitter (@amhrichardson) as well as @CPUvCPU. You will be more well-rounded person for doing so. Enjoy one man’s take on one computer playing another computer, below.