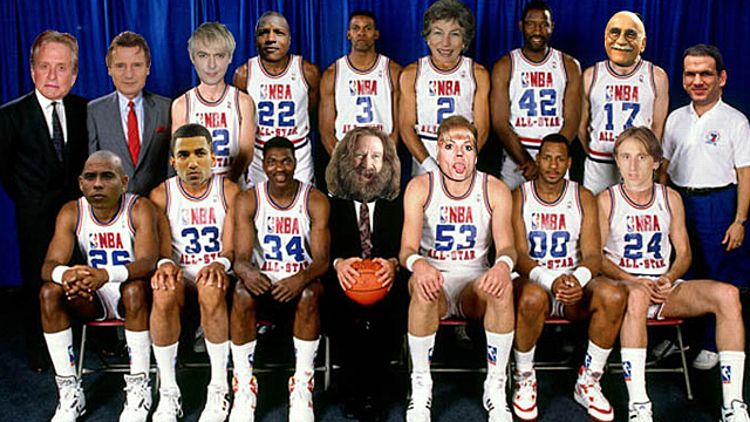 Everything ends. I think I saw that on a poster for one of The Matrix sequels, but it’s especially true here. We’ve come to the end of the NBA season, which means we’ve also come to the end of Anthony Richardson’s wonder-filled NBA Playoffs playthroughs.

Over the past few months, “via the magic of computer versus computer,” Anthony has taken us all on a journey. Through basketball, sure, but also through his own soul. He’s seen things you can’t un-see. Like the time Chris Paul “dribbled like an experienced basset hound,” or when Kevin Garnett scored and waddled away “like a child who’s had a trouser accident.”

Anthony is back, once more, with a playthrough of Game 3 of the NBA Finals between the Heat and Thunder. It begins with dung beetles and the ashes of Scottie Pippen and it ends with, well, you’ll just to watch to see.

As per usual, you are encouraged to leave your predicted score in the comments. The winner will win the image attached to this post: A portrait of CPUvsCPU All-Stars! Luka Modric and Hakeem Olajuwon! Come on!

You should follow Anthony and CPUvsCPU on Twitter and subscribe to the videos on the CPUvsCPU YouTube page. Stay tuned to this bat channel for more of Anthony’s playthroughs, covering the wide world of sports. Until then: HASHTAG HOOP-O-RAMA.