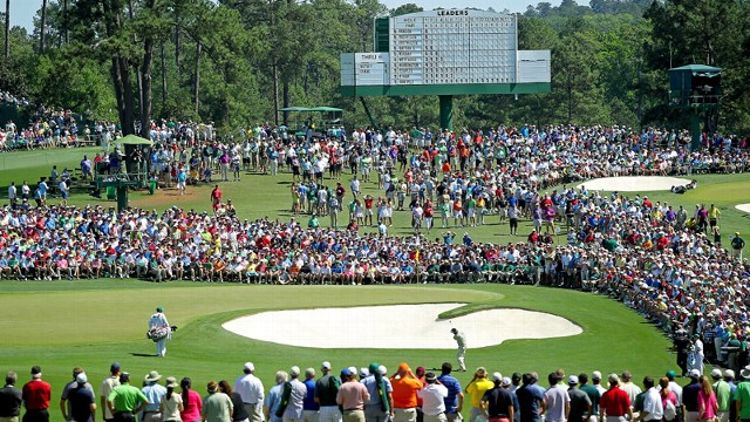 There were only two moments during the long standoff between inevitability and the Augusta National Golf Club that made complete sense. The first moment came in 2002, when Martha Burk, the chair of the National Council of Women’s Organizations, wrote a letter to Augusta to protest the club’s all-male membership policy. It is unsurprising that a coalition of women’s rights groups objected to the fact that the host of one of golf’s most prestigious tournaments was an all-boys’ club. But Burk didn’t make a huge fuss — not then, at least. Her letter was private. The second moment that made sense occurred earlier this week, when Augusta announced that it was admitting two women as new members. One of the women is a former secretary of state from the George W. Bush administration; the other is a South Carolina billionaire financier. Both Condoleezza Rice and Darla Moore are avid golfers. Pretty much everything that happened in between those two moments played out as farce.

The absurdity began when “Hootie” Johnson, who was then Augusta’s president, decided to respond to Burk’s letter not only privately (which he did in three sentences) but publicly (which he did at great length). It’s easy to take shots at the lacquered conservativism of Augusta, so easy that it’s boring, but Johnson made himself a target. Invoking the specter of feminists waging a guerrilla war, he wrote, “There may well come a day when women will be invited to join our membership,” wrote Johnson, “but that timetable will be ours and not at the point of a bayonet.” The only possible explanation for Johnson’s preemptive strike against the 1960s was that he must have been ambling down the 10th fairway when he composed his letter, caught a glimpse of the house that the membership had built for President Eisenhower, and forgotten what year it was. What was at stake wasn’t the presence of women on the greens — they’d been allowed as guests for some time — but the principle of privacy, and the integrity of an America of stag dinners, valets, and “ma’ams.” Members called Eisenhower’s house at Augusta “Mamie’s cabin,” after his wife: Back then, women had their place, and it was the home.

The invaders did arrive during the 2003 Masters, when Burk’s National Council of Women’s Organizations held a rally in a lot near the club. About 40 people showed up, outnumbered by the cops and journalists.

The journalists were on the story from the start. The media couldn’t get enough. Privilege! Prejudice! Traditions! Golf! The New York Times devoted endless inches, including front-page real estate, to the controversy. The New Yorker ran a gazillion-word feature. There were public resignations. There was grandstanding on both sides. Augusta even took the extraordinary step during the height of the controversy of having CBS air the Masters without commercials and paying the network for the lost revenue. Principles before profits! This past spring, Augusta faced the question of whether it would give a green jacket to the new CEO of IBM, since it has traditionally done so (IBM sponsors the Masters). But the new head of IBM is a woman. Standing firm against that bayonet, the club decided against it. Really, you cannot make this up.

In fact, by last spring the vetting process of Moore and Rice was already under way. The decision to admit women had already been made. But Augusta was damned if it would do it according to any timetable but its own. It’s tempting to wonder whether they would have moved faster if people had stopped watching the Masters in protest. I doubt it, but I don’t know, because people never did stop watching the Masters.

For the story to be about women in sports, the debate isn’t about whether Darla Moore and Condi Rice should be able to wear green jackets. It’s whether Stacy Lewis, the top American on the LPGA tour (and the second-ranked woman in the world), should have a chance to compete for one.

One of the reasons it’s hard to talk about women and sports is that the argument for treating women as second-class athletes is banal. The top male golfers drive the ball farther and putt better than the top female golfers. (I’ll bet Condi Rice can beat some of her fellow members at Augusta, though.) Stacy Lewis is not Rory McIlroy. That doesn’t mean, however, that they don’t have their own great stories, and that they’re not worth watching. If golf (and CBS) can learn something from the Olympics and from tennis, another sport with an undemocratic reputation (even though there are tennis courts, at least, in Compton and McCarren Park), it’s that an event can be more interesting if female athletes are also participants. Missy Franklin isn’t Michael Phelps, either — and it was more fun to watch Missy Franklin and Michael Phelps than it would have been to watch only the men.

I’ve never seen Stacy Lewis play. I watched snatches of Michelle Wie on SportsCenter, back when everyone was watching Michelle Wie, and that was fun — but this morning I started to wonder what else I was missing. You want great comebacks? Lewis had spinal fusion surgery to correct severe scoliosis. You want conflict? A few weeks ago, Sophie Gustafson tweeted, “Tried to get big names to sign a flag for charity before and after my round. All was very gracious except one. Guess which one?” The answer: Cristie Kerr, a former top player. “To be fair,” Gustafson tweeted, “she was busy walking … ” You want a fascinating career arc? Michelle Wie was once heralded as the next Tiger Woods; now she’s struggling to make cuts. You want excellence? Yani Tseng is the youngest player ever to complete the career grand slam.

If I were a young girl and learned that women were members at Augusta, I probably wouldn’t blink. This is 2012. But if I saw Yani Tseng play during the Masters, that might be another story. Just watch her swing, long and extended. She would look good walking onto those greens.

“What a year this has been for women breaking barriers,” read the New York Times’ editorial after Augusta’s announcement. “Daw Aung San Suu Kyi took a seat in Myanmar’s Parliament. Saudi Arabia, Brunei and Qatar let women compete on their Olympic teams for the first time. And now another bastion of male authority and rigorous devotion to antiquated laws has heeded the call of equality. Yes, indeed. The Augusta National Golf Club has decided to stop embarrassing itself and move into the mid-20th century by admitting two women as members.” Augusta and Myanmar. Ha. Ha.

Despite the Times’ consistent efforts to cover Augusta like a small dictatorship, the public didn’t respond to the controversy with any kind of intensity. It was all a little embarrassing. Almost immediately, most people were convinced that Augusta’s membership policies were unacceptably discriminatory, yet they accepted them almost immediately. There were bigger things to worry about, apparently. During the last decade, for instance, there were two wars, a financial crisis, and 10 Super Bowls. The membership rules at a private country club, even a famous and (for a few days a year, at least) highly visible one, were low on the list. The fact that women were barred felt wrong and uncomfortable, but most people often accept segregation by gender. Stag nights might seem retrograde, but there are still boys’ schools and girls’ schools, evenings at bars with buddies and girls’ nights out. To me, keeping women out of Augusta seemed more stupid than a crime.

In the end, even the leadership of Augusta realized that. “This is a joyous occasion,” said Johnson’s successor as Augusta club president, Billy Payne. Why shouldn’t he be happy? By all accounts, Payne is invested in promoting the expansion of golf, and demonstrating support for 51 percent of the world’s population will probably help. The lefties at the New York Times will get off the members’ backs. Plus, Augusta could not find two people who are more ideal members than Condi Rice and Darla Moore. Both are extremely powerful and wealthy. Both are Southern. Rice is known to be a sports fan and a strong golfer; she has a compact, straightforward swing and, according to Bloomberg, a 12.1 handicap. Moore might not be able to hit the ball as far as Rice — she demurs when asked about her skill — but she is an immensely successful and impressive businesswoman, which will make her nice to have around.

So I can understand why Augusta wanted Moore and Rice to join the club. I have a harder time understanding why Moore and Rice wanted to join Augusta — they hardly need the honor — but that’s their choice. Augusta is a pretty course.

Symbols matter, of course, and I’m all for breaking up old boys’ clubs — even if a woman becoming secretary of state or appearing on the cover of Fortune is a much more significant milestone than a woman wearing a green jacket in a gated country club. But how much does this represent real progress? The leadership at Augusta might have been stubborn, but those agitating for women at Augusta were pushing an open door. Sooner or later, a very small group of rich men who value power and money were going to recognize that women with power and money might be an asset to the club. Now Augusta will stop discriminating against women as a matter of policy and begin discriminating as a matter of preference.

I wonder if the Masters would consider giving viewers the chance to do the same.