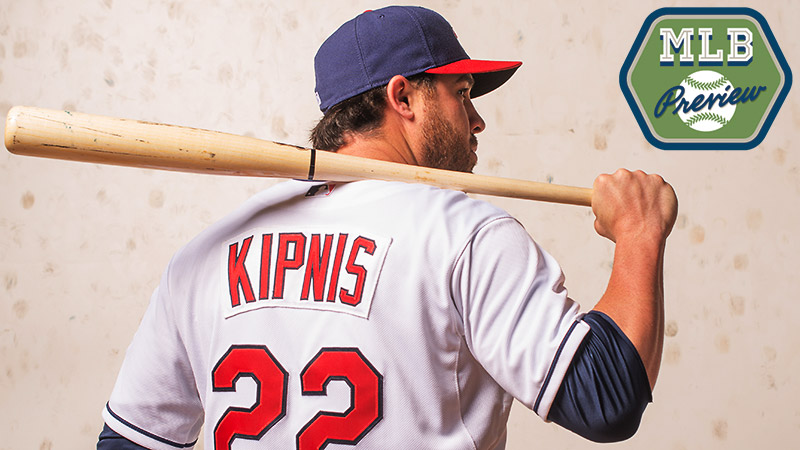 Even in a sport that rarely rewards showy, Jadeveon Clowneyesque athleticism, Cleveland Indians second baseman Jason Kipnis looks pretty unremarkable. I mean, he’s got a beard, and kind of a big head, but at 5-foot-11 and 190 pounds, he certainly doesn’t look like the best player on a team that won 92 games last year. But he is.

The Indians made it to the 2013 wild-card game simply by being generally solid up and down the lineup. Only two Indians (Kipnis and Justin Masterson) made last year’s All-Star team, only two (Kipnis and Carlos Santana) received MVP votes, and the team’s salary structure was pretty flat: Seven Indians made $6 million or more last year, and four of them (Chris Perez, Jason Kubel, Brett Myers, and Mark Reynolds) combined to be worth, in analytical terms, about as much as a soggy rosin bag. Kipnis earned $509,000, but Cleveland’s egalitarian utopia didn’t prevent him from producing like someone with a much bigger paycheck and a little more cachet.

Over the past decade or so, baseball’s elite second basemen have been superb all-around players rather than specialists with one or two elite tools. This makes a certain degree of sense. Elite defensive second basemen who can’t hit play shortstop, while elite offensive second basemen who leave something to be desired with the glove move to a corner. But Dustin Pedroia, Chase Utley, and Ian Kinsler hit for a decent average, steal a few bases, draw a few walks, blast a few homers, and play solid defense. Even Robinson Cano, who lives and dies with the bat more than most second basemen, is a competent defender who draws a ton of walks.

It’s admittedly premature to compare any third-year starter to Utley or Cano, the two best overall second basemen of the past decade and players who will get Hall of Fame consideration. If Utley circa 2007 is the Cadillac of second basemen, though, Kipnis circa 2014 will be the Chevy on which that Caddy was based.

Let’s compare Kipnis’s and Utley’s first two full seasons as major league starters. And let’s also toss in Kinsler, who, like Utley and Kipnis, got a late start in the majors after college and was never considered an elite prospect.

Utley is clearly the best, because Utley in his late twenties was better than just about anyone. In addition to hitting for more power than Kipnis (who did have 57 extra-base hits last year, so it’s not like we’re talking about Ben Revere), Utley is the best percentage base stealer in baseball history and the best defensive second baseman of his era. Kipnis, a converted outfielder, is about average with the glove. The fact that he’s even this close to Utley as an all-around player at a similar stage of his career is pretty remarkable.

With Santana’s positional future in question and Cleveland’s pitching staff built on wishful thinking and sinker-ballers, Kipnis is the Indians’ keystone — not only because that’s a slang term for second base, but because the club’s season could fall apart if he fails to produce. If he continues to improve, however, the Indians could become a fixture in the pennant race as Kipnis becomes a fixture in the conversation about elite modern-day second basemen.

Over the past two years, 13 second basemen have batted 800 total times with a league-average or better OPS+. Among those, Kipnis ranks fourth in WAR, sixth in OPS+, first in stolen bases, and second in walks. He’s also the only player on the list born after 1985. Utley is on his way out, Matt Carpenter is moving to third base, and Cano, Pedroia, Kinsler, and Ben Zobrist are all 30 or older at a position that isn’t kind to aging players.

Kipnis is already a top-flight second baseman. He’s also the only one in that tier whose best days are still to come.

"Tough, tough. That’s why they call him ‘Tuff Juice,’ I guess. He just plays hard."