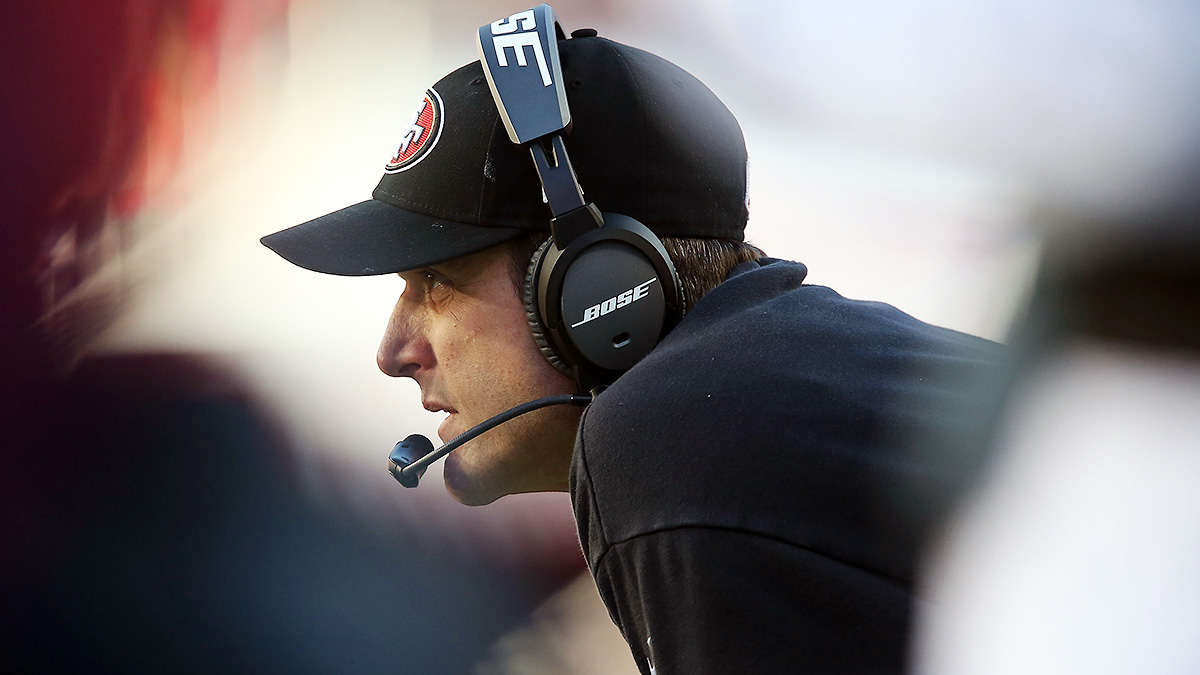 Here’s what would concern me, if I were a Michigan fan: that Jim Harbaugh might be taking this job (if he is, indeed, taking this job, as myriad reports suggest) by default. That he still would prefer to coach in the NFL, but that he grew so alienated from 49ers management that he could not possibly have stayed in San Francisco, even though under normal circumstances the 49ers would have begged Harbaugh to return. That the other professional jobs he might have been considered for were so fraught with their own issues that he didn’t see much good in them; that he looked around at the cesspool in Oakland and the morass in the Meadowlands and said, To hell with it, now I’ll go back to Michigan.

I would worry that Harbaugh is doing this for the money (a reported $48 million over six years, which would make him the sport’s highest-paid coach) or out of some misguided sense of obligation to his alma mater, and that he is not prepared to play the game within the game by embracing the salesmanship of the job, the one key aspect college coaching demands that pro football doesn’t (see: Belichick, Bill). I would worry that he is not properly galvanized (or connected) to recruit Ohio against Urban Meyer, who is one of the best pitchmen in the modern history of the sport; or to win the battle of Michigan against Mark Dantonio, who has made a habit of developing second-tier Ohio recruits like Connor Cook into first-tier talents; or to delve into the Northeast against James Franklin, who is so deft at wooing recruits that he may soon elevate Penn State into a national power again.

I would worry that Harbaugh will not deal well with the — and I don’t know how else to put this — bullshit obligations attendant to any college job, but especially to the job at Michigan: the political appeasement of alumni and big-money boosters who demand a certain level of dignity that the irascible Harbaugh might not be able to maintain. I would worry that Harbaugh might piss off some important people the same way he did in San Francisco (and the same way the unpolished Rich Rodriguez did during his tenure at Michigan), and I’d worry that Meyer perhaps has too big a head start, and that there is far more at stake for Michigan here than there is for Harbaugh, who will always be able to find another job.

I would worry most of all that if Harbaugh somehow fails at Michigan, it will be the most definitive proof yet that no one can succeed in Ann Arbor anymore. 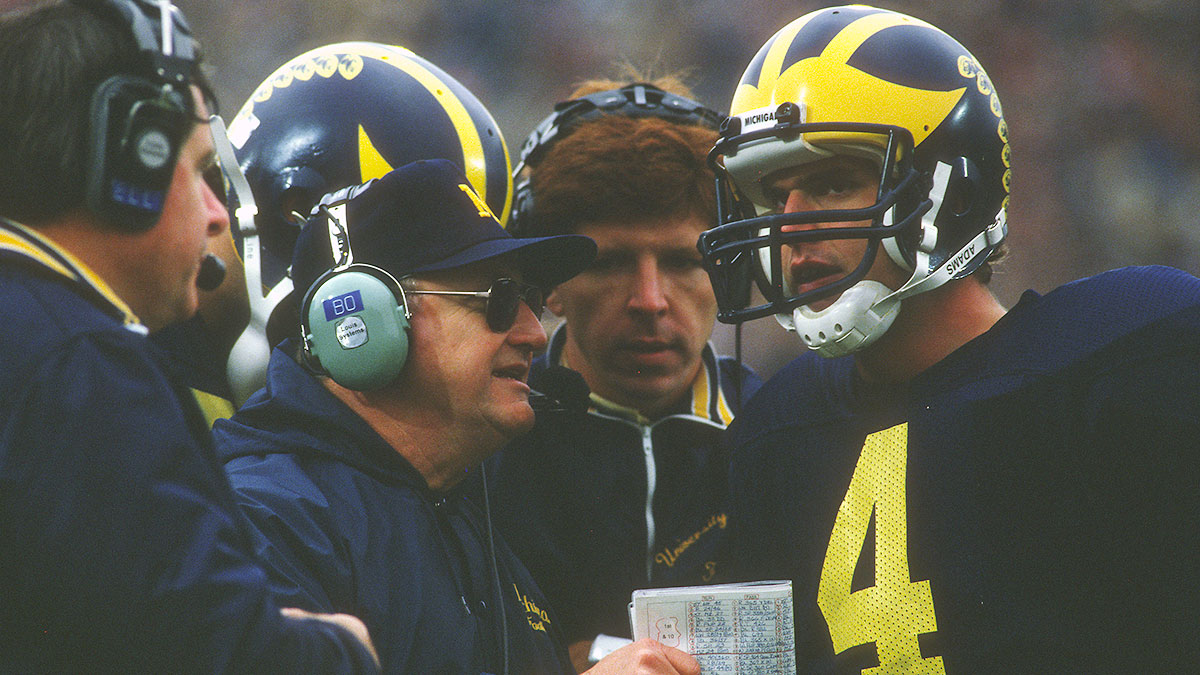 Track the firings, hirings, and general madness during college football’s silly season.
Here’s what would excite the hell out of me, if I were a Michigan fan: that Jim Harbaugh is legitimately certifiable. That he is such an abject workaholic that he even simplified his choice of pants so he could spend more time focusing on his job. That he built Stanford into a national power largely out of the thin air left behind by Walt Harris, and that in nearly every way, Stanford was a far more difficult reclamation job than Michigan is, even now. That Harbaugh has NFL experience, and that what high-level recruits want more than anything is a coach who can provide them with a path to the NFL, the way Harbaugh’s longtime foil Pete Carroll did during his time at USC. That Harbaugh is a prideful man, and that his loyalty to Michigan will be rekindled and manifest itself in maniacal ways, and that he will galvanize an alumni base that has become dispirited and lost the arrogant self-assuredness that made a Michigan Man a Michigan Man in the first place.

I would be excited about the prospect of Harbaugh as the new Bo Schembechler, a fiery spirit who will go straight at Meyer and Franklin and Dantonio, who will pick fights with them both overtly and covertly, who will hire smart people with good ideas, and who will work his ass off to drag Michigan football into the 21st century. I would be excited at the prospect of Harbaugh cutting through the woe; at the notion of a fresh start under the best possible coaching candidate on the market; at the idea that Michigan is not really that far away; and at the possibility of rubbing it in to haters like me who insist on prematurely eulogizing a program that ain’t dead yet.

It’s a strong bet Michigan is making, but it’s not a sure thing either way, just as it wasn’t a sure thing when Michigan hired Brady Hoke, or when it hired Rodriguez, or when it pulled Schembechler out of Miami (Ohio) in 1968. Here’s what I believe, as someone with a vested interest in Big Ten football: This hire renders a largely staid conference way more interesting. I cannot imagine the Big Ten will somehow get worse with Harbaugh in it, and I cannot imagine Michigan will somehow play less interesting football than it did during the Hoke years, when everything appeared to be patched together with Krazy Glue and duct tape.

For a long time, the Big Ten was frustratingly risk-averse. For a long time, the highest-profile program runners were men like Joe Paterno and Jim Tressel and Lloyd Carr, competent coaches who did not exactly embrace modernity. And perhaps this is the most exciting thing about the Harbaugh hiring: It screams of an almost pathological sense of competitiveness, just as Franklin’s hiring did, and Meyer’s hiring before that.1 It may be that the SEC is better than the Big Ten in perpetuity by virtue of demography, but at least the Big Ten’s marquee programs are making an effort; at least they’re not so distracted by the financial riches of the Big Ten Network that they’ve abandoned the notion of trying.

At the very least, this whole era will go down with one hell of a fistfight. And knowing what we know about Jim Harbaugh, I might mean that literally.