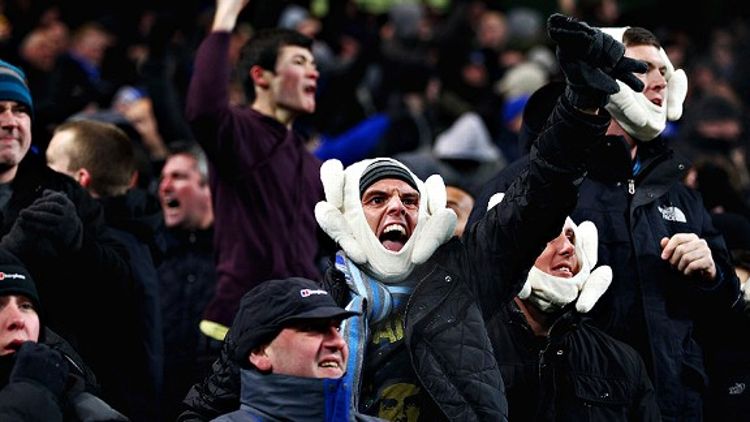 Basketball fans who are at a loss, we feel your pain. The first two weeks of your schedule have been canceled. The entire season is in doubt. Even worse: The WNBA doesn’t tip off until next spring.

Fan nature abhors a vacuum. May we be so bold as to suggest a partial solution? As a public service, we offer this guide matching the parallel universes of the NBA and the English Premier League, team by team. May your new soccer love be as close to the real thing as Methadone or Splenda.

You live and die for a tradition-rich franchise with a rabid fan base in an Irish-tinged city. Your team’s legend was cemented by the glory of the 1980s, though the 21st century has been less kind, delivering just a single taste of meaningful silverware. Seventeen championship banners and 21 retired numbers waft over the floor. You are born to be a LIVERPOOL fan. Swap Lucky the Leprechaun, the mascot purveyor of high-flying dunks, for the toothy alacrity of Luis Suarez and the teams are basically interchangeable. The fact that Red Sox owners John Henry and Tom Werner also own Liverpool seals the deal.

NEXT STEP: Commit the lyrics of “You’ll Never Walk Alone” to memory.

Your team is relentlessly crap. Will a change in ownership and the promised land of new digs (obtained in slightly controversial fashion) make a difference? No chance. Congratulations. You are a WEST HAM fan. Born to be Claret and Blue. Ever hopeful, yet always cruelly denied.

NEXT STEP: Rent Green Street Hooligans. Learn to appreciate the taste of your own blood in your mouth.

Fans pack the arena wondering whether to applaud or heckle talent assembled helter-skelter ahead of the trade deadline. The nagging sense they will never lock together to form a coherent team has prepared you to inhabit the body of an ARSENAL fan — supporter of a proud, upstanding football club that has recently been dealt a hard, swift kick in the nuts.

NEXT STEP: Brace yourself. There will be no respite from Spike Lee. Dude is always one step ahead of you, and is already a hardcore “Gooner.”

The fumes of distant glory still fill the lungs of ardent fans, even though the franchise has been in steep decline in this gritty town. The City of Brotherly Love is the perfect petri dish to form hardcore LEEDS UNITED fans. Regrettably, your new team is currently stumbling through the indignity of life in the lower divisions, but rest assured: Names are still being taken. Asses will be kicked. Draw strength from the knowledge that revenge always tastes better than glory.

NEXT STEP: Read The Damned United.

This one could not be easier. You draw pleasure by cheering a crap team from a crap town located somewhere over the border. Throw in the fact that the squad consists of an inexperienced lineup led by a coach eager to prove himself, and the detail that the team logo features an airborne creature, and you can virtually spell Toronto S-W-A-N-S-E-A C-I-T-Y. Or “Clwb Pêl-droed Dinas Abertawe” in your newly adopted Welsh tongue.

NEXT STEP: Do whatever it takes to stimulate your hatred of the English.

What can replace the giant-size hole the lockout has left in your life? Your franchise has fielded one of the most dominant starting lineups in history. Your current talent-soaked roster, loaded with championship expectations, lures the NBA’s best attendance to the nation’s second city. Mazel tov. You have the good fortune to be a MANCHESTER UNITED fan, current and perennial champions, sponsored by Chicago-based reinsurer Aon.

NEXT STEP: Turn your red, white, and black jersey inside-out. It can do double-duty as fan-wear during games.

The most talented young player in the NBA jumped ship and dumped your franchise to become the follically challenged centerpiece of a championship challenger. All that he has left behind is rubble and resentment. Congratulations. You have received the blessing of becoming an EVERTON fan. Your old team lost LeBron. Your new one lost Wayne Rooney. Both must adapt to do more with less. A lot less. Need some added fuel? Your beloathed LeBron now owns a slice of city rivals Liverpool.

NEXT STEP: Run, don’t walk to obtain a Tim Howard camo goalkeeper shirt. Wear the ugliest jersey in pro sports with a mark of pride.

Challenge the average American to play a word-association game with “Detroit,” and the nicknames “Motor City” and “Motown” are sure to come to mind. Lucky for Pistons fans, the English equivalents are both neatly packaged in one city. Birmingham. One-time home to British Leyland, the industrial giant behind Jaguar, Rover, and the Mini. A shabby industrial town that also gifted the world Judas Priest, Musical Youth, and Electric Light Orchestra. And ASTON VILLA FOOTBALL CLUB. A bland team, not unlike Detroit, that could benefit from a spot of rebuilding.

NEXT STEP: Master the art of singing “We’re the Villa, We’re the Champ-io-nees” with a straight face.

Your team is located in the sport’s heartland. Instead of dazzling the local population, it treats them to one flaccid display after another. The installation of a local legend as GM was a romantic gesture. But for purpose and strategy, not so much. Prepare for the perverse pleasure of being a SUNDERLAND fan. Haway the Lads!

NEXT STEP: Lower your expectations. Your new club’s finest moment already happened … in 1973.

You cheer for a team so low in scoring, the few fans who still care must undergo an exercise in creativity to conjure a time when the franchise was actually any good. Swap the bratwurst in one grubby city for meat pies in another and you have WIGAN ATHLETIC. Prepare to man the hatches for a battle against relegation. Fear the Deer.

NEXT STEP: Make a playlist consisting only of your adopted towns two biggest pop acts: The Verve and Limahl from Kajagoogoo.

Will new ownership usher in a new era for your franchise? The lockout has acted a suspense filled cliffhanger for Hawks fans who must wait to discover if the team’s fortunes will change under the entrepreneurial Alex Meruelo. Supporting the Super Hoops, QUEENS PARK RANGERS, recently taken over by AirAsia tycoon Tony Fernandes, will give you a jump on the answer. Clue: You are still going to be crap.

Your team has little identity. Every point it scores is a battle. It can barely find the net. You are now a proud WEST BROMWICH ALBION fan. Bad News: They are not very good. Good news: You have just doubled the team’s international following.

NEXT STEP: View your team’s most celebrated highlight. Brace yourself, it was performed by a mascot.

A single question burns your lips: Can you buy a title? Everyone hates you for asking it, but you revel in their jealousy. Exchange the pert life of South Beach for the hardy climes of the Manchester Ship Canal and you can become a MANCHESTER CITY fan. A mucky franchise turned into a world-class contender by the oil-soaked millions of a Sheikh from the UAE.

Your team revolves around a big man — the dominant physical player in the league. The NBA’s perfect physical specimen is Dwight Howard. The EPL’s is not Peter Crouch. But he is very tall. Moreover, you evidently like to have your nation’s greatest theme park just down the road (come on, Alton Towers!) Congratulations, you are now a STOKE CITY fan. Be enthralled as your new team throws the ball long toward Crouchie, who will chase it with all the coordination of a newborn foal. Be reassured: Your coaches share the same taste in clothing. Both Stan Van Gundy and Tony Pulis are yet to encounter a polyester product they would not wear.

NEXT STEP: Shave your chest.

If it was not for Orlando, the Gheorghe Muresan connection alone could point to Peter Crouch and Stoke, but with that team off the table, we have to dig deeper. This capital-city franchise has long been hapless. Charisma, direction and identity are always fleeting emotions. WATFORD FC were made for you. A milquetoast team buried away in the London suburbs. Perfect for fans used to reveling in the inconsequential.

NEXT STEP: Breathe a sigh of relief. Elton John is no longer your new club’s chairman.

Buy This to Quickly Disperse of Any Fiscal Credibility