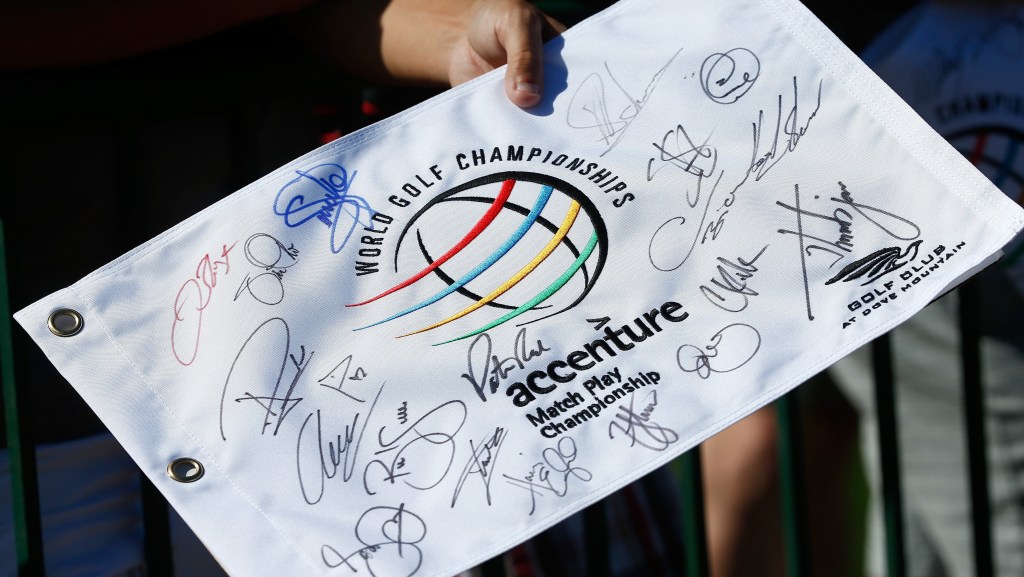 Believe it or not, there are die-hard golf fans out in the world who have been following the 2014 PGA Tour season since early October, when Jimmy Walker won the Frys.com Open to kick off the new wraparound year. These generally middle-aged gentlemen don’t care that Tiger Woods didn’t play an official event until late January, or that countless other titans are scarce until the new year. Golf is their treasure.

And yet, I’m going to go out on a limb and guess that there’s not a ton of overlap between the Grantland audience and the “die-hard golfer” demographic. If you’re even reading this article, it’s a small miracle. I’m not sure if you should feel enlightened or just super lame, but you should definitely feel something. Because for most American sports fans, golf enters the conscious mind at the majors, the Players Championship, and the Ryder Cup. Period.

BUT YOU’RE ALL MAKING A HUGE MISTAKE!

(Sorry, but I had to jar you, and caps lock was my only recourse after the editors refused to let me insert a series of really disgusting pictures.)

This week, in the Sonoran Desert outside Tucson, the Golf Club at Dove Mountain will host the most underrated sporting event in America. It’s the Accenture Match Play Championship, and it pits the 64 best players in the world (unfortunately, small hiccup, three golfers named Tiger, Phil, and Adam opted out) against each other in a single-elimination match play tournament. The format is pure March Madness, and the field that takes the course today will be whittled to one champion by Sunday. With 32 matches on the slate, Wednesday’s action is particularly hot, and in terms of television enjoyment, it’s better than all but the most dramatic majors. That’s why, for the average U.S. of A. sports fan, the golf season should start now.

(For more info on the tournament, check out last year’s primer.)

Then, of course, you have the vengeful god of match play himself: Ian Poulter. The man who has won this event once before, made the Final Four last year, and is the fire-breathing scourge of the Ryder Cup.

It’s not just the field that makes the tournament great; the format is unlike anything else in the professional game. For golfers used to playing four-day stroke play events, it can seem seriously unfair. As McIlroy pointed out in Tuesday’s press conference, he might go out tomorrow, shoot 65, and still lose. It doesn’t matter that he might have demolished everyone else on the golf course. Only his opponent matters.

In this case, that opponent is congenial Southern badboy Boo Weekley. During a putting green session this week, I overheard Weekley and a reporter having this conversation:

Reporter: Who do you have tomorrow?
Weekley: Rory.
Reporter: [Quietly.] Oh.
Weekley: That’s what I said.

But his case isn’t hopeless. Last year, McIlroy was the top seed overall and lost in the first round to Shane Lowry, who was never heard from before and hasn’t been since. And that wasn’t even the first time the lowest overall seed has overcome the best. In fact, it has happened four times in 14 years. And in 1999 alone, 18 of the 32 first-round matchups ended with an upset, which most major mathematicians will tell you is more than half. By now, you’re probably getting the picture — in terms of upsets, this is March Madness on steroids. The chaos has two effects:

1. It can, on occasion, lead to a drab final, as in 2005 when David Toms beat Chris DiMarco. Surprisingly, though, the upsets don’t usually ruin the tournament. Take a look at the list of winners, and you’ll see names like Woods (three times), Poulter, Luke Donald, Darren Clarke, and Hunter Mahan. Sorry, folks, but those are SEXY names.

2. It makes Wednesday’s first round one of the most exciting days on the golf calendar. It’s 10 hours of information overload, full of bizarre results and dramatic putts and extra holes and Poulter’s eyes bugging out of his head.

Here are a few great matches to watch out for today:

(8) Lee Westwood vs. (9) Harris English — Westwood is English and English is American and up is down and left is right, but what I know in my heart is that this is a fading star taking on a bright, rising talent playing in his first Match Play Championship.

(6) Keegan Bradley vs. (11) Jonas Blixt — I picked this mostly because they share the same agent, and Stephanie Wei shot this video of Blixt trying to psych out Bradley on the putting green:

(3) Ian Poulter vs. (14) Rickie Fowler — This has massacre written all over it, which is great because it gives Fowler the chance to play the Rocky Balboa role. He even tweeted a Rocky Balboa quote the other day, though it was unclear if he realized Rocky was a fictional character.

(2) Matt Kuchar vs. (15) Bernd Wiesberger — When I arrived at the media tent, we all got to pick one player at random from a selection of face-down cards, and whoever gets the eventual winner takes home a mountain bike. I picked Wiesberger, the 15-seed who has to play the defending champ in the first round. Perfect. I quite literally could not have been less lucky. Needless to say, I’m the newest and hugest fan of the man I’m calling the Austrian Armadillo, because he’s from Austria and is about to become a legend in the desert. And I expect you to support me.

And that’s just scraping the surface. There are certain potential Sweet 16 matchups (Poulter vs. Sergio Garcia, Kuchar vs. Spieth, Rose vs. Dufner) that are so enticing it hurts. But these matches will unfold in chaos and tumult. By Thursday, everyone’s bracket will be in tatters, and it will be great. (Here are my picks, and by looking, you all agree that if Chris Kirk takes the title, you owe me $10.) So give it a shot. Give golf a chance. This is February Madness, and if you’re not watching, you may be too sane for your own good.

“He was OK. It wasn’t like Marcus Lattimore, you know, every player is a little different,” Spurrier said. “His work habits are pretty good, they’re not quite like Lattimore, maybe Stephon Gilmore, Melvin Ingram, some of those guys, but when the ball is snapped he’s got something no one else has.”