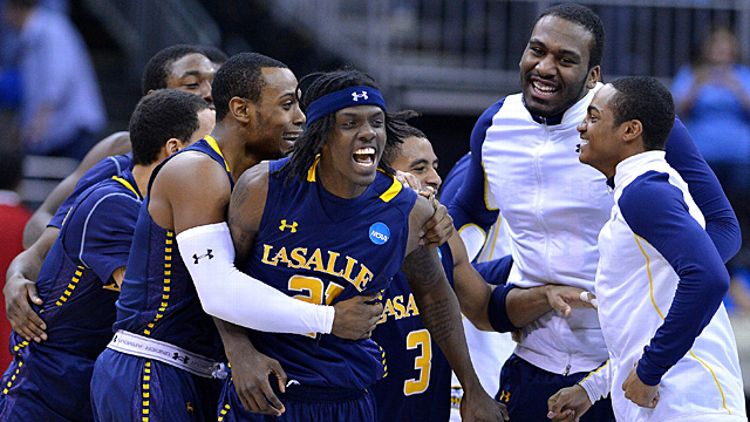 Sometimes the only way to deal with Philadelphia sports fandom is by imposing a Philadelphia Sports Boycott. Surely, others have come up with a similar idea and put it into practice; I just happened to name it and capitalize it for posterity. The definition and causes of a PSB remain necessarily vague, but in short, they stem from events that occurred intermittently throughout 2003 and 2009, usually in October or May. In these scenarios, a confluence of failures among Philly’s major sports teams triggered an unshakeable sense of doom that made it far easier to simply check out emotionally.

Inherent in all of this was the idea that you had to Boycott these teams for a couple of days because you simply couldn’t avoid them; they were successful and in a major media market. Truth be told, I miss those days as I type. As far as 2012-13 goes, you can either unintentionally participate in a Philadelphia Sports Boycott by missing SportsCenter three days in a row or just decide to take the entire year off for your own health, in which case “Philadelphia Sports Boycott” can be renamed “Bynum.”

Zach Lowe has already written at length about the Sixers, but the situation is every bit as dire for most of the town’s other franchises. The Eagles are coming off a 4-12 year with no obvious savior appearing in the offseason, largely because their strategy of importing numerous saviors in the past few offseasons has led them to both failure and ridicule, forcing them to shop for linemen and corners in the draft. And while their new head coach was highly sought after, Chip Kelly, who is being preemptively compared to Steve Spurrier, is working for a pro team that might have less financial backing than his college charge. As of this writing, the Flyers are five points out of the playoff race and no one can tell if that’s insurmountable or something that could be made up in the span of two days. Meanwhile, the Phillies are somehow oblivious to the folly of competing in 2013 by assembling a roster of marquee names from 2008; they’re The Incredible Burt Wonderstone of baseball.

And yet … how much ass is Philly kicking in 2013? It’s all a matter of perspective. And nowhere does the “championship or bust” mentality have less sway than in college basketball, a sport maligned for being both unquestionably mercenary off the court and unwatchably amateur on it.

You’d think Philadelphia would’ve gotten more attention for its exploits in 2012-13, but no one was comparing Temple or Villanova to any members of State Property for the same reason no one is recognizing Philadelphia as the city that’s dominating the similarly low-stakes game of indie rock in 2013 (see: Nightlands, Kurt Vile, Pissed Jeans, Waxahatchee) — there’s no organizing principle other than the city itself.

Philadelphia college basketball does have something to draw attention, though its reputation and profile have receded in light of internecine squabbling and conference realignment. The Big Five (Penn, Temple, Villanova, Saint Joseph’s, La Salle) is a quasi-collective whose creed (possibly apocryphal) states “They say there is no real prize for winning the Big Five. They must not be from Philly.” What I can say for certain is that a Big Five showdown between Saint Joe’s and Temple inspired “Goon Gate,” which was probably within the top-five borderline sociopathic moments of Temple coach John Chaney’s career — “probably” being the operative term.

You’d think the locals would embrace the Big Five more than the Eagles or Fightin’ Phils because they actually represent the city in a way its professional franchises cannot: Penn is Philadelphia’s connection to formative American history, and as a supposedly “second tier” Ivy, the city’s subsequent inferiority complex. The Temple Owls are named as a tribute to its origins as a night school and serves as the Big Five’s tie to the city’s unpretentious and ornery undercurrent, as represented by John Chaney. Villanova is just a reminder that despite Philadelphia’s gritty reputation, there are still plenty of Main Line white boys who play lacrosse. As for Saint Joseph’s and La Salle, that’s a tougher call, but through a confluence of coaches Phil Martelli and John Giannini, the Jameer Nelson/Delonte West–led Hawks team that grabbed a no. 1 seed in 2004, and the brief possibility that Kobe Bryant might’ve attended La Salle (I swear this had legs), they unite to symbolize the god-fearing, distinctly Italian underdog archetype of Rocky.

And this allows Philadelphia a breadth and success that no other major metro area can match this year. New York remains a non-factor in the college game, to the point where Syracuse is pretty much given honorary status as the sixth borough during March. USC and UCLA are going to have new coaches next year and Pepperdine’s last moment of glory was being name-dropped on “Get ’Em Girls,” and it had nothing to do with Paul Westhead or Doug Christie.

And truth be told, though La Salle is the last Philly team standing, each team put on for their city in a way that could be appreciated by anyone who’s followed the Big Five. Even after the Chaney–Fran Dunphy transition, Temple is still that grimy 9-seed lurker that no teams wants to draw in the first round — that much was clear after it easily dispatched NC State, the kind of team everyone would’ve loved to draw in the first round this year, and gave Indiana all it could handle. La Salle actually has a fairly rich basketball tradition beyond the L-Train and Randy Woods, but the biggest wave it made as of late was landing Aaric Murray as a recruit, and now he’s off to West Virginia because he’s at least beholden to gold and blue. All the same, the Explorers have run through Boise State, Kansas State, and Ole Miss, power schools only in relation to La Salle. As far as Villanova? Well, its close loss to North Carolina solidified a year when it was capable of beating anyone, but fell shy of blue-blood status.

And if you need any more evidence of Philadelphia’s indelible mark on this year’s tourney, Florida Gulf Coast made its run in the First Union Center while the Sixers were in the midst of another slow descent into the mid-lottery netherworld. I just hope coach Andy Enfield took the guys to Chickie and Pete’s and got some Blendinis for their troubles before they left. They earned it. And if you’re a Philly fan staring into the void as you check Roy Halladay’s latest injury news, enjoy La Salle’s run, even if it’s Blendini-like in its sweet, ephemeral, and unsustainable pleasure. You’ve earned it, too.

Filed Under: A Fan's Notes