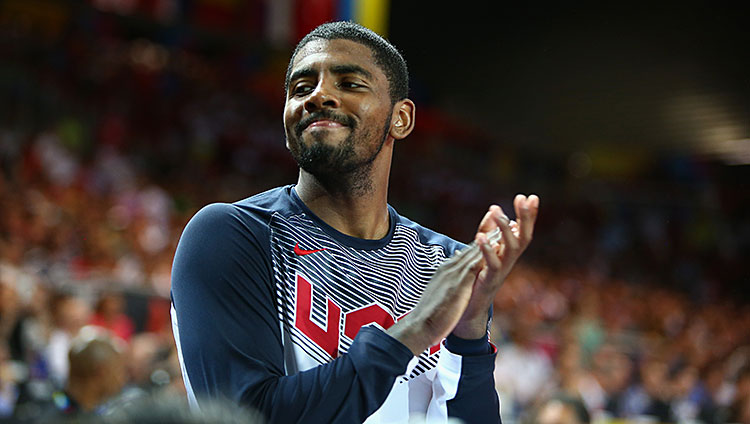 So here’s a quick idea for the future of USA Basketball that has probably been floated before, but bears repeating now that we’re in the middle of the FIBA Basketball World Cup: What if every player can only play in one Olympic cycle?

This is how we should do it from here on out. Players can be named to the team for qualifying, play in the FIBA Basketball World Cup and the Olympics, and that’s it. Then we choose an entirely new roster full of young players and go with those guys for the next four years. It would be great. I know it would be great because this year’s USA team is proof.

Remember when Kevin Durant left Team USA because of “mental and physical exhaustion”? We were less than 10 days from processing the Paul George injury, and it felt like suddenly the U.S. was going to be stuck sending the C team to Spain. Which, with no LeBron, no Durant, no Westbrook, no Blake, no Carmelo, no Paul, no Love, no Bosh, no Dwight, no George, no Kawhi, no … C team wasn’t entirely inaccurate.

But you know what we’ve found out since then?

The C team is pretty awesome.

I don’t want Durant or LeBron here. We have Brow and Steph.

If those two weren’t enough, we also have Boogie’s pending application for the Splash Brothers. And crucial team bonding. We’re good.

Look at this box score from the Turkey game:

Almost all of those players still have a lot to prove in the NBA, and they’re almost all completely unproven internationally. This is also what makes this team so exciting to root for. It’s more fun when everybody’s young and hungry and too excited to play it cool.

Some people have talked about an age limit for Team USA, but that would be too rigid. You’d end up disqualifying someone like Steph Curry, for example. The one-cycle rule gives everyone a chance and naturally keeps the team mostly dominated by younger guys.

It also makes sense for a handful of other reasons.

1. Less pressure on the biggest stars. We expect the best players in America to lead the league in minutes all year and carry their team to an extra 20 to 30 games in the playoffs, and then we ask them to play an extra six weeks over the summer. That commitment becomes more of a burden than an honor.

Instituting the one-cycle rule simplifies everything. It gives control of the team to a single generation of younger stars, most of whom still have something to prove. It means USA Basketball doesn’t have to twist in the wind planning a roster with superstars who may or may not be available, and it means the biggest superstars don’t have to worry about backlash turning down the chance to play for their country. Just play once, and then pass the torch to the next guys.

2. More opportunity for young stars. This is the best part of the hypothetical rule. Every Olympic team becomes a showcase for a new generation. In 2008, that would’ve meant LeBron James and Dwyane Wade and Chris Paul, guys we would’ve held out of the 2004 Olympics to save for the next cycle. In 2012, it would have been Derrick Rose and Russell Westbrook and Kevin Durant. In 2016, it’ll be Steph Curry, Klay Thompson, Andre Drummond, BOOGIE, and Anthony Davis.

Taking control of Team USA would be an invaluable experience for the players themselves and for basketball fans everywhere. We would get to watch them grow into superstars in real time. That’s what it’s been like watching Davis the past few weeks. Everybody knew he was going to take over the league soon, but this month we’ve seen proof.

Would these new U.S. teams always win gold? Maybe not. They definitely wouldn’t give us as good a chance as teams with Durant and LeBron. But does Team USA always have to be a massive favorite going into these competitions? Do you care if we lose one or two games?

Short of bringing the Dream Team back from the dead, it’s more exciting for everyone knowing they’ll have to struggle to win. Suddenly the biggest juggernaut in the world becomes not quite an underdog, but at least a favorite we can all love, watching young guys do their best to live up to traditions of teams from the past.

3. It wouldn’t be all young players. Certain guys blossom later than others, and just the reality of the numbers would keep others off the team. John Wall is a good example this year. Under the one-cycle rule, Wall would still be available to dunk all over Croatia and Spain in the 2020 Olympics (and qualifying) right as he hits the middle of his prime. And unlike, say, Durant and LeBron, all of this will still be new to him, making a USA Basketball run more attractive. Speaking of which …

4. The newer this is, the more fun players have. Guys like LeBron or Durant might be weary of traveling halfway around the world just to beat the crap out of Croatia. But Davis and Kyrie Irving? LOOK AT THE WONDER IN THOSE EYES. 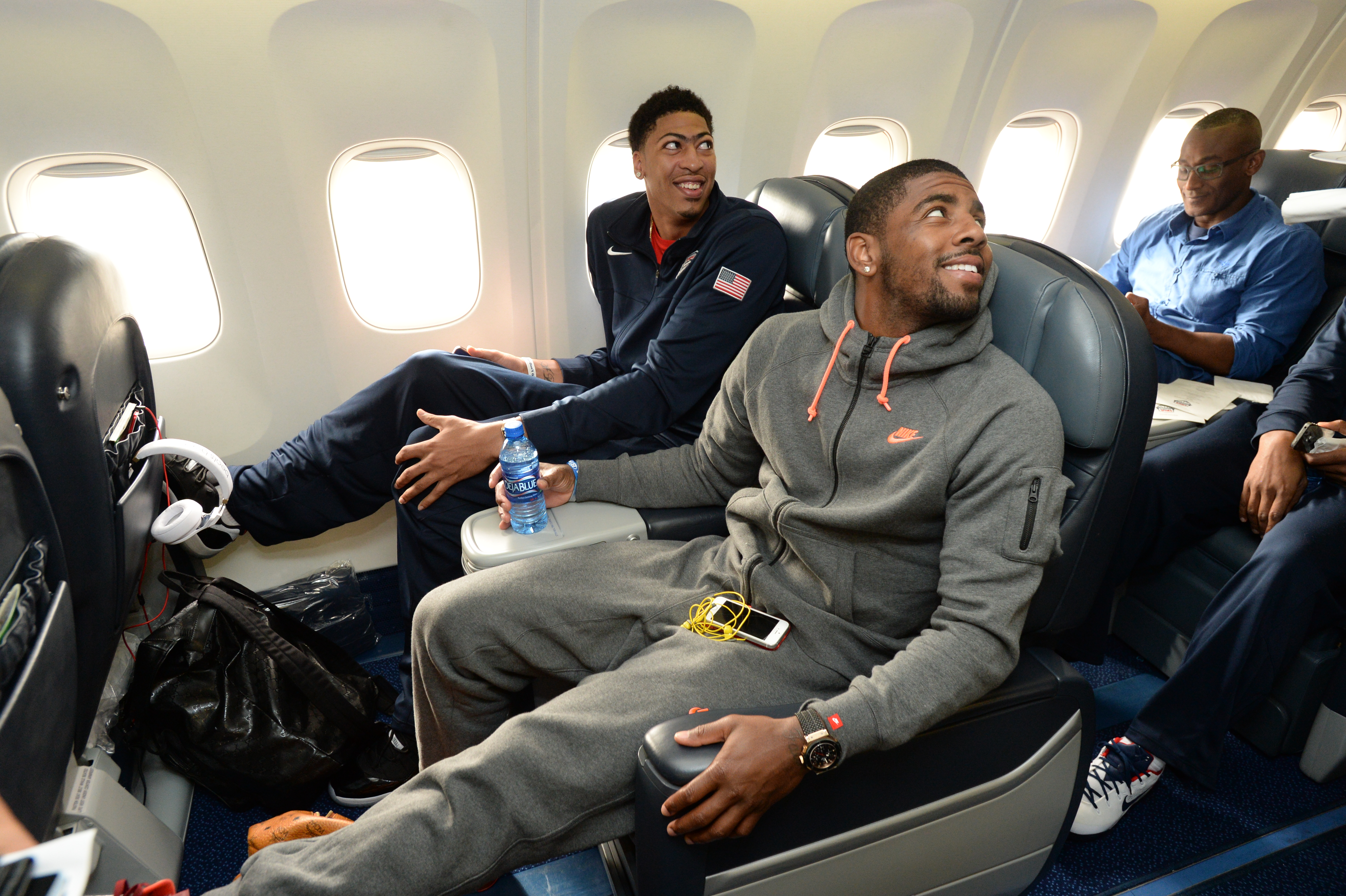 5. Every Olympic cycle gives us a completely new team to root for. Suddenly it becomes an even bigger deal to be named to Team USA in years like this. It’s like becoming a Made Man in the mob. It means you’re part of the next generation of stars for the NBA. This makes fans care about the selection process, and players treat it like a real honor. Then we get to watch them come together, compare them to teams past, and root like hell for them to keep the winning going at every Olympics.

So that’s it. There’s the idea.

If we’d done it this year, we would have had to make an exception for Anthony Davis (a late, symbolic addition in 2012). Beyond the Brow, it would have meant no James Harden for this summer and 2016 (pretty much fine … just use more Klay), and no Rose. This second point is key. Watching Rose for USA Basketball this summer has been one long exercise in anxiety. First of all, he looks like he’s aged 15 years in the last 18 months. Second: When he plays well, any highlight is followed with “OKnowpleasejustdontgethurt”; when he looks less than 100 percent, it leads to “Why the hell are you playing for Team USA again???”

It makes no sense for someone like Rose to be involved with this team. It would’ve been a lot more fun to have Damian Lillard here.

But I guess that’s OK. Especially if the one-cycle rule gets real.

Just think: Dame and Beal and Kawhi and Jabari and DeAndre Jordan and Nerlens and OLADIPO SINGING THE NATIONAL ANTHEM ON EVERY TEAM CHARTER and Wall and Aaron Gordon and at least three or four stars we haven’t even considered yet. This cycle of Team USA is awesome, but the next one could be even better.