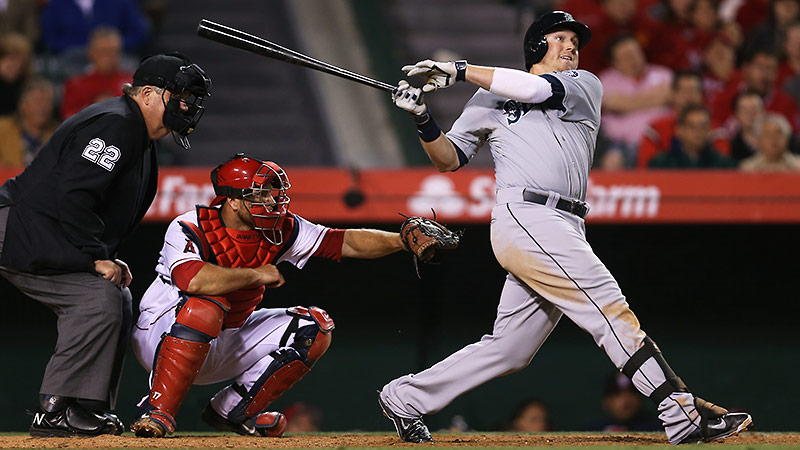 Mariners first baseman Justin Smoak is off to a pretty good start: He’s hitting .300/.400/.600 through eight games, which is more or less the line Chris Davis posted in 2013, plus about 15 points of batting average. Smoak also has two home runs and three doubles. Nobody, or at least nobody worth listening to, thinks Smoak is going to post an OPS above 1.000 over a full season, but many who’d written Smoak off are starting to feel glimmers of hope.

And that’s sort of baffling, because there’s no real reason to think that Smoak is ever going to be more than what he is. Smoak is not a diamond in the rough; for the past decade, he’s been poked and prodded within an inch of his life by top-level scouts and coaches. He went to high school with Matt Wieters, dominated the Cape Cod League, played for Team USA, shared a college infield with two other players who were drafted in the first two rounds, and went no. 11 overall in the 2008 draft to the Texas Rangers, who considered him a polished product who would rise through the minors quickly and who possessed a high probability of achieving major league success.

Smoak ranked among Baseball Prospectus’s top 25 prospects both years he was eligible for the list, and was traded for Cliff Lee. Smoak has made nearly 2,000 major league plate appearances.

There’s no more skill projection to do, either. His walk rates have always been superb, and he’s not going to change physically. Smoak is listed at 6-foot-4, 230 pounds, but he’s not the rangy, explosive 6-4 that Ryan Getzlaf is. Smoak is muscular and thick throughout in the finest tradition of big first basemen, like Davis or Ryan Howard or the man to whom Smoak was compared throughout his minor league career: Mark Teixeira. The Dothraki would say that Smoak is known.

Yet despite the skill, the bat has disappointed. Despite the size, the power never came. According to FanGraphs, Smoak has been within half a win of replacement level in each of his four major league seasons. The obstacles he’s had to overcome (the move to Safeco Field in 2010, a rash of injuries in 2011) are too far in the past to use as excuses now that he’s 27.

And so we keep telling ourselves that he might actually produce now, which is insane, particularly since he plays for the Mariners, who happen to have more first basemen than players at all other position groups combined. It’s OK to hope that Smoak will perform at a star level (and I certainly do), but to expect it, to jump at the faintest sign that he might be coming around … well, that requires a reason, a tangible change apart from this being an early April hot streak before two months of hitting .220/.300/.380.

No matter how poorly he plays, though, Smoak will keep getting chances. The mark of a top prospect stays with a guy for a long time, and if real skill ever existed, some team will keep attempting to unearth it. That’s why the Mariners’ lineup includes not only Smoak but also Logan Morrison, why the Pirates are trying to extract production from Travis Snider based on numbers from five years ago, and why the Bucs did the same thing with Brandon Wood back in 2011.

It’s why Delmon Young continues to get chances, visiting a new team every three months and alienating a new fan base like a touring theater troupe from hell. Young showed star potential as recently as a few years ago, and no team wants to be the one that gave up too early. If Young (or Smoak) had been a 29th-round pick out of Backwoods Parochial High School in Moscow, Idaho, and gone on to produce the way he has, he’d be out of baseball right now, not starting for the Baltimore Orioles.

I hope this really is the start of a new trend for Smoak, and not merely a blip on the way to another disappointing season. It’s hard not to expect great things from him, and even harder to give up on a player with unfulfilled potential.

Filed Under: MLB, Justin Smoak, Seattle Mariners, Prospects, Michael Baumann Threatened To Feed Our Children To Delmon Young If We Made A Smoak-And-Mirrors Joke In The Headline, Michael Baumann