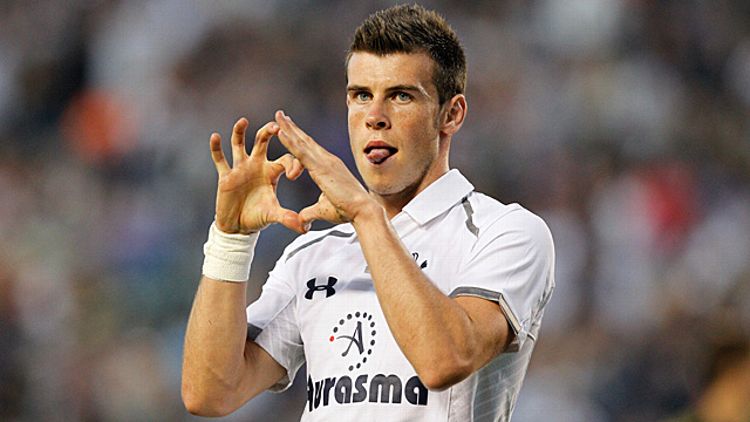 The international break can be a difficult time for star players from smaller nations. Footballers who are accustomed to domestic glory suddenly find themselves thrust into squads with far smaller ambitions. The contrast can be jarring, as can the transition from being one star among many to the solitary hero tasked by an expectant nation with leading your talentless team to improbable victories. This is something to which Tottenham’s Gareth Bale is having to grow accustomed whenever he plays for Wales, as seen in the buildup to last week’s World Cup qualifier with Croatia, in which the pre-match spotlight fell squarely on his shoulders. This was largely because Wales has no realistic chance of qualifying for the World Cup, and their main ambition for the qualifying campaign is to finish higher than Scotland, whom Bale had single-handedly defeated the week before, so by the time the Welsh squad landed in Zagreb, the pundits quickly dispensed with the small talk and moved on to the pressing business of trying to predict Gareth Bale’s future.

First into the fray was ex-Tottenham manager Harry Redknapp, a man with a reputation as a master of the transfer market, which is surprising given that he is also the man who signed David Bentley for £15 million, then sold Kevin Prince Boateng for £4 million. You won’t hear Redknapp talking about those two very often, but he’s determined to take credit for nurturing Bale during his spell as Spurs manager, hence his outlandish proclamation before the Croatia game that Bale was in the same class as Cristiano Ronaldo and Lionel Messi. But it wasn’t just Redknapp who was massively overhyping the Welshman; there were also no shortage of Croatians looking to talk Bale up before the match, no doubt with ulterior motives of their own. Davor Suker declared that a mooted transfer to Real Madrid would be the best move of Bale’s career (a thought that had probably occurred to Bale already), and Luka Modric, who played alongside Bale at Spurs before securing his own £33 million move to Madrid this summer, publicly implored Bale to join him at the Bernabeu, and gave Bale a Madrid jersey to take back to London. After the match, with Bale posing the only threat to the Croatian goal in an inevitable 2-0 defeat, Croatia manager Igor Stimac poured further fuel on the fire by claiming that Bale wasn’t just better than Ryan Giggs, but also one of the top five players in the world.

Really? Gareth Bale’s agent will no doubt be delighted by all this noise, but is there any substance to these claims? Bale’s emergence as one of the most talked-about players in world football hasn’t always corresponded with fantastic performances at club level, and he has many obvious weaknesses as a player — principally the fact that he’s almost completely one-footed. On the rare occasions when Tottenham has asked Bale to play out of position, he’s struggled, and that’s going to be a major issue if he’s to rejoin Modric at Real Madrid, where the left wing position is currently occupied by a certain Cristiano Ronaldo dos Santos Aveiro. It’s highly unlikely that Jose Mourinho will want to move Ronaldo to the right-hand side to accommodate Bale, especially as Jose is famously averse to traditional, touchline-hugging wingers; Mourinho likes his wide midfield players to drift inside to create space for attacking full backs, and if those wide midfield players can also manage to score 30 goals a season, so much the better. Bale is unlikely to do either of those things, and it’s hard to see him making a move to Real Madrid while Mourinho and Ronaldo are still at the club.

What of other clubs, though? If Igor Stimac is right and Bale really is one of the top five players in the world, then the competition to sign the Welshman in January will be intense. However, a look at Bale’s statistics suggests otherwise.

First of all, let us clear up the obvious error: Comparisons with Ronaldo and Messi are miles wide of the mark. Here are some statistics from the three players’ 2011-12 league campaigns.

Bale can’t dribble as well as Messi, he can’t cross as well as Ronaldo, and he doesn’t create or score anywhere near as many goals as his illustrious counterparts. Of course, we’re looking at three very different players here, and beyond proving that Harry Redknapp is fond of talking nonsense about footballers he’s managed, this achieves little. It’s perhaps more useful to compare Bale to his peers, so how does he stack up against world-class dedicated wingers?

Once again, Bale’s shocking profligacy in front of goal proves to be the main difference. While his dribbling and crossing are on a par with the world’s best wingers, all too often he chooses to pull the trigger himself rather than cross the ball, leading to a shots/game ratio that outstrips even the notoriously greedy Arjen Robben. Both Robben and Bale lag behind their peers in terms of assists, but the key difference is that Robben makes up for this deficiency by scoring regularly, whereas Bale poses more of a threat to the Tottenham fans behind the goals than he does to opposition goalkeepers.

The problem with dismissing Bale as a shot-spamming possession-phobe is that when he’s on form, he can destroy the best in the world. Just ask Maicon, who prior to facing Tottenham in a Champions League doubleheader in 2010 was the reigning European Defender of the Year, widely regarded as the world’s best right back, and mooted for a £28 million transfer to (who else) Real Madrid; Bale turned him into roadkill, scoring three goals and setting up two more over the space of two games, in a pair of performances so special they were turned into this stunningly animated tribute video …

By the end of the second match, Maicon was so dizzy he’d have struggled to get a taxi to the airport, never mind a transfer to Madrid. If you’d prefer a more recent example of Bale’s potential to destroy world-class opposition, there’s his inspirational performance at Old Trafford for the recent 3-2 victory over Manchester United, where he ran Alex Ferguson’s makeshift defense ragged and led Tottenham to their first league win in Manchester since 1989. There’s no doubt that when the mood takes him, Bale can single-handedly win a game for you, but the problem for Bale’s prospective employers is that as eye-catching as these performances are, they’re all too infrequent. Until Bale acquires the discipline needed to pick his shots more carefully and pick out his teammates more often, he’ll never be in the same class as Robben or Nani, never mind Ronaldo or Messi.