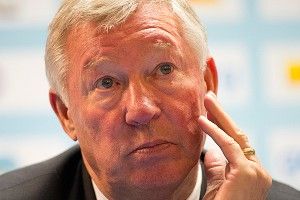 Devil in this instance is the Red Devil, the mascot of Manchester United FC; and 659 million is the number the club touts as evidence of its massive global fan base. That works out to a little more than 1 in every 7.5 adults on the planet.

The number comes from a survey — one United paid for — done by Kantar Media. Here’s the language explaining the references to United’s “659 million followers” in the prospectus that the club filed with the U.S. Securities and Exchange Commission in advance of its public share offering on the New York Stock Exchange: “Included in the definition of ‘follower’ [is] a respondent who either watched live Manchester United matches, followed highlights coverage or read or talked about Manchester United regularly.” I contacted Kantar Media looking for some more information on assumptions and methodologies in their survey, but never heard back.

So, if you’re, say, an Everton fan and you watch the Toffees play Manchester United, you are also, somewhat perversely by this definition, a United follower. And you’re being pimped out by the Glazers to make United look, well, like it has 659 million followers.

When you’re hitting up folks to invest in your business — part of the purpose of a prospectus — one of the things you want to tell them is how many people you can potentially pry money out of. And more is better. But this reeks of Ali G’s typing “glove” and “ice cream” into Google to get a market of 203 zillion.

It doesn’t take much work to demonstrate how silly the number is. The 2011 Champions League final was between Manchester United and FC Barcelona, a club that can also lay claim to a massive global following. Before the match, the expected worldwide TV audience was 300 million. So if you figure that roughly half the people watching were Barca fans, never mind the millions who were watching just because it’s the world’s most popular sport, that means, at best, less than a quarter of this rabid fan base — about 150 million of 659 million — could be bothered to watch their team in the single biggest club football match played every year. Diehards.

The intentional use of “followers” was evil genius on the club’s part. Because nobody is going to read the details. So to the lay and the lazy who can’t be bothered, “followers” becomes “supporters” becomes “fans,” and suddenly you are trying to fight the fiction that Sir Alex Ferguson trails only Jesus and Allah in world popularity.

“The number is absurd if you take it literally,” says Stefan Szymanski, co-author of the book Soccernomics. “However, to say that one-tenth of the world’s population is ‘aware’ of the existence of Man U [is] probably a fair reflection of the centrality of football, the EPL, and the club to global culture.”

It’s 1 in 7.5 because the survey based its calculations on a world adult population of 5 billion people and not the total global population of 7 billion, but let’s not nitpick, because even at 1 in 10 (and taking it figuratively or perhaps poetically) it’s being a little overly generous to imply that awareness of something necessarily connotes, well, anything. Being aware of, say, Stalin makes me no more likely to be a Stalinist than being aware of Manchester United makes me want to buy a United jersey (I’m not, and I don’t).

And that’s why the number matters. The Glazers’ expansion of the United kingdom is mostly dependent on their ability to exploit it commercially (e.g., turn fans into dollars). They’ve loaded a lot of debt onto the club but, as long as they can continue to generate absurdly rich sponsorship deals, the debt is less club-crushing than scarf-wearing Glazer haters like to make of it.